Note to CIOs: It’s time to change the network

The network is something that not enough CIOs pay attention to. It’s often the IT resource that’s last on the priority list with the majority of focus given to applications.  That might have been fine 20 years ago when most applications and data lived on the user’s computers. Also, IT had extremely tight control of the endpoints and applications so user experience was easy to manage. Since then, the world has blown up (at least from an IT perspective) with applications moving to the cloud and being procured by lines of business and workers bringing their own endpoints in. What was once a tightly controlled, end to end ecosystem, is now totally chaotic. Because we live in this highly interconnected world, the network plays an important role in how applications perform, which has a direct result on every businesses top and bottom line. With SD-WANs, there are numerous decisions to be made, such as should broadband be used? If so, where? Should services remain on premises or be moved to the cloud?Should traffic be routed directly to the cloud from a branch or be routed to the company headquarter? Each time an option is provided, it adds to the complexity of deployment.

Break Through Your Learning Blockers

One of the most important leadership skills you can develop is the capacity to objectively diagnose your counterproductive preferences and tendencies — especially the ones that insulate you from the learning that helps you stay relevant. Pay attention to the people you work with and you’ll quickly notice which ones are habitually prone to slow down their learning — or block it altogether. They’re the ones who go through the motions at meetings, failing to find relevant and interesting things to learn and contribute. They remain content with what they already know, avoiding reading or exploring new subjects. ... If you are honest with yourself, you gain a higher perspective, one that allows you to observe your actions and see how they create real patterns (instead of the patterns you wish would exist). To make sure you aren’t hindering your own learning agility with a few bad habits, take an honest look at how these three common blockers may apply to you. Then you can apply the suggestions for pushing past them.

Overhauling the 3 Pillars of Security Operations

Many security operation centers are already at the breaking point with growing backlogs of investigations and reactive triage. An often-quoted statistic is that less than 10% of investigations are completed in a typical security operation. Cloud and modern application transitions multiply the threat surface many times over, generating staggering volumes of data that need to be rapidly assimilated for insights. Further, cross-enterprise collaboration is requiring new models of distributed knowledge transfer because investigation workflows need to be shared across both security and operations. Industry hype suggests artificial intelligence, machine learning, and improved automation will rapidly replace humans in every workflow in the next few years, but the reality is that there will be a long transition in which optimizing human and machine collaboration is essential to scale the defense. Although much can be automated, human context is still essential in many security workflows.

Artificial intelligence: The king of disruptors

AI has been around for decades. The science isn’t new. So why all the hubbub now? The answer is convergence. Computing power is up, while computing costs are down. In the early 1960's, for example, a gigaflop cost approximately $153 billion in today’s money. But now, a gigaflop of computing power costs about 3 cents. Plus, the increasing popularity of GPUs provide affordable, energy-efficient computational speed on top of it. Add to that affordable data storage. Storing a gigabyte of data in the 1960's cost more than $1 billion by today’s standards. Now a gigabyte of storage costs around 2 cents. That’s good news because the advent of the Internet of Things and streaming data means we’re rapidly heading into the land of zettabytes. That massive amount of data can lead to building deep neural networks to train and retrain algorithms, essential for data-hungry AI.  Decades ago, we fantasized about making AI part of everyday life, but we couldn’t afford the technology underpinning it. Now we can. Let the disruption begin.

The Digital Transformation of the Construction Industry

Moving the communication of the design intent to onsite construction has been an issue since the time of the Egyptian Pyramids. For thousands of years, the design intent was communicated in the form of a 2-dimensional document (a sketch in the sand or papyrus, an artist’s sketch on paper, blueprints). Today’s projects use a 3-dimensional tool called BIM, to communicate design intent in a form of data. This allows all stakeholders on a construction project to share and pass along work performed in a disciplined and organized manner, providing fewer mistakes and increasing profits. ... The VR/AR/MR solutions that are being used by the Sub-Contractors in the United States are breathtaking. Mostly being utilized and educated by the Sub-Trade Unions, VR/AR/MR technologies are enabling the fabrication, construction, and delivery of numerous trades work without the use of traditional tools (no blueprints, no measuring tape, no levels) and in most instances, with less workers in up to 40% less time. 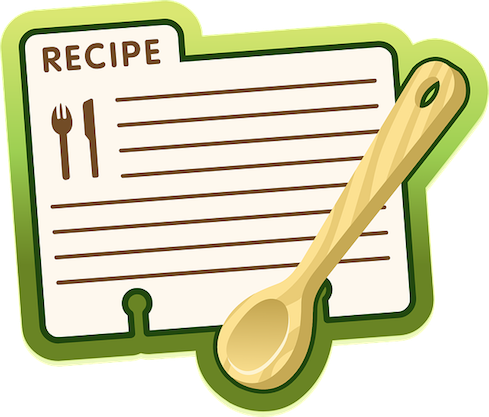 "We end up training people to make more microwaves," Kozyrkov said. "Then when you hire them into your kitchen, they end up wanting to build you a microwave. But there's already warehouses upon warehouses of microwave appliances already there." What you need is someone to innovate with new recipes. What you need is someone to apply the technology that has already been built. What you need is someone who knows how to use machine learning to achieve business outcomes. Google is trying to change this with a new approach, according to Kozyrkov"We have started training our personnel in applied data science and applied machine learning, and we are calling that decision intelligence engineering," she said. "This is about taking all those applied machine learning principles and augmenting them with insights on how to make this useful for this business. It focuses on using data to solve business problems," Kozyrkov said. A very public example of how Google has applied machine learning is in cooling its own data centers.

Will There Be Enough Power With 100 Billion Connected Things?

Now that cyberattacks are not necessarily human bad actors, but machine learning algorithms, it's a necessary knowing glance we must cast to the dark side. Where there is light, there is also dark, and I think it naive of us to only want to discuss the rose colored glasses version of the future. I am a realist. I like to prepare in advance for what can happen, and anyone involved in cybersecurity will tell you that it's never a question of "if" but rather, "when." Wouldn't you like to know what your energy and utilities companies have in-mind to make it much more complicated for a human or artificially intelligent bad actor to hack the grid? You knew I couldn't post a blog post on LinkedIn without talking about Artificial Intelligence, right? Impossible. I'm keen to learn, absorb, and enter into the discussions around our future with AI, machine learning, the Internet of Things, (IoT), and of course, my favorite, e-mobility. As I am typing this I just drove my Tesla Model X from Denver, Colorado to Boston...the infrastructure Tesla has set-up for us here in the United States is unbelievably incredible.

As long your laptop is set to go to sleep when you close the lid or after a certain amount of idle time, it's likely vulnerable. Here's how their attack plays out. Instead of sticking the entire laptop into the icebox, F-Secure used a more selective chilling process. The laptop's bottom cover was removed and the system's RAM was rapidly cooled using a can of compressed air. Not simply by blasting it with air, mind you -- by turning it upside down and directing the liquid fluorocarbons inside at the chip. Once the chip has been sufficiently cooled phase two of the attack can begin. A specialized (but fairly common) device allows them to manipulate the system's non-volatile memory. Once the tool does its thing, the attacker instructs the computer to boot to a USB flash drive. Any data that was stored in memory as the computer went to sleep can now be accessed. In this case, the hacker is able to dump a "secret password." After the hacker in the video logs in to the laptop the very same password is shown inside a WordPad document as proof the attack worked.

Why banks didn’t ‘rip and replace’ their mainframes

The hidden costs and iffy returns were what kept the stability-focused financial institutions loyal to the mainframe, which offers something no other server has: immense processing speed coupled with the ability to encrypt data from end to end, making the mainframe the superhero workhorse for finance. The processing speed of the mainframe means it can detect real-time banking irregularities before the hackers realize they’ve been spotted. The mainframe also contains layers of security, depending on the location of the data, to eliminate a data thief from being able to access personal financial information in one cache. All these benefits — encryption and security for data at rest and in transit, processing speed for crunching up to 12 billion worldwide banking transactions per day, processing power to enable analytics of enterprise-wide data, and even eliminating platform-dependent skills to develop modern applications — prove that the mainframe still remains at the hub of our financial industry’s network.

Why Cybercrime Remains Impossible to Eradicate

Cybercrime continues to be cheap and easy, especially when compared to its real-world analogs. "Effectively, criminals are simply swapping conventional crime for cybercrime," University of Surrey computer science professor Alan Woodward told me back in 2016. "Why walk into a bank with a sawed-off shotgun when you can phish for money?" These dynamics haven't changed; the tools at criminals' fingertips have become easier to procure and use. Levashov, for example, admitted to using bulletproof hosting services as part of his attacks. Such services charge a premium for hosting while promising to look the other way, for example, when said services might be used to store exfiltrated personally identifiable information or payment card details from malware victims. ... Part of the problem with stopping cybercrime is that it tends to be transnational. In addition, law enforcement experts say many cybercrime gangs continue to operate from within Russia or its former Soviet satellites, including Ukraine, with which extradition treaties are complicated or nonexistent