FinServ in the age of AI – Can the FCA keep the machines under check?

There are banks who are also looking at reverse engineering the explainability when the AI algorithm is complex. The FCA and the Bank of England have tried this approach too. A complex model using several decision trees to identify high risk mortgages had to be explained. The solution was to create an explainability algorithm to present the decisions of the black box machine. The pace at which startups are creating new solutions makes it harder for service providers. In recent times I have come across two firms who help banks with credit decisions. The first firm collected 1000s of data points about the consumer requesting for a loan. One of the points was the fonts installed on the borrowers laptop. If the fonts were used in gambling websites, the credit worthiness of the borrower took a hit. As the font installed indicated gambling habits, the user demonstrated habits that could lead to poor money management. The second firm had a chatbot that had a conversation with the borrower and using psychometric analysis came up with a score. The score would indicate the “intention to repay” of the customer. This could be a big opportunity for banks to use in emerging markets.

"Pipeline driven" means we want to rely more and more on pipelines to make technical decisions (judgements) related to the code and its associated artifacts, and then have the pipeline immediately act based on those decisions as autonomously as possible. ... Continuous Delivery is a software engineering approach in which teams produce software in short cycles, ensuring that the software can be reliably released at any time. I believe that the key to succeeding with continuous delivery is to remove human bottlenecks from the chain of tactical decision making, and enable pipelines to work almost autonomously in deciding and pushing code around, all the way to production, without human fear and doubt getting in the way of receiving fast feedback about the way our code behaves. In order to be able to trust a pipeline enough so that we can rely on its decisions, we need to start teaching our software pipelines to make those tactical judgements without needing humans in the process.

When both of the teams cooperate closely, they clearly understand the functional requirements of the software even if user stories are described superficially. The developers distribute the tasks to be performed and the order of passing the results to software testing engineers. At this time, the QA specialists start preparing test documentation and clarifying technical issues with the developers.Why is it important? By following the above-mentioned process, you can prevent errors earlier in the development, improve the code quality, and reduce the number of defects. ... According to the Scrum Guide, it should be an external specialist who will have control over the Scrum processes finding out the gaps and detecting all possible risks. Most often, a manager performs this function. Nevertheless, whomever is a Scrum Master on the project – a QA engineer or a developer – the person should be able to smoothly switch the role and carry out appropriate duties. With practice, even experienced software testing engineers with managerial skills successfully coped with this role.

How one bank is using AI, big data and chatbots to create new services

Simon McNamara, chief administrative officer at RBS Group, was brought into the bank in the wake of that episode in September 2013. He says the very reason he was brought into his job was that the executive team believed he was the person to "fix" the bank's IT systems and to create resilience. McNamara refers to "material progress" in regard to achieving that resiliency. It's provided a platform for him and his colleagues to face the challenge of digital disruption in the banking sector head on. In fact, pushing an innovation agenda has been one of his key aims since the day he started – yet it was something that some of his executive peers were reticent should be a focus when he first joined the bank in 2013. "I was actually told by some people that you're not going to be able to do that," says McNamara. "Some people said I was here to fix things and should forget about innovation. And that's literally where we started – and I'm somewhat proud of actually ignoring that advice and building an innovation agenda here, which is second to none in the UK in terms of any financial institution."

Why do 87% of data science projects never make it into production?

“It’s broken because nobody owned it, we didn’t have the data science team to be able to continually iterate on the models, think of it as an asset, and have data operations making sure it’s working well,” Chapo said. “We’re starting to bring those ways of working to life. But it’s hard, because can’t just do it all overnight.” “One of the biggest opportunities for all of us today is to figure out how we educate the business leaders across the organization,” Leff said. “Before, a leader didn’t need to necessarily know what the data scientist was doing. Now, the data scientist has stepped into the forefront, and it’s actually really important that business leaders understand these concepts.” AI is not going to replace managers, she adds, but managers who use AI are going to replace those who don’t. We’re starting to see that awakening of business leaders wanting to understand how machine learning works, and what AI really means for them, and how to leverage it successfully. And those leaders are going to be the most in demand, Leff said. Another essential key to success, Chapo added, is keeping it simple.

As FTC cracks down, data ethics is now a strategic business weapon

To weave ethics into the very fabric of their business strategies and tech systems, startups should adopt “agile” data governance systems. Often combining law and technology, these systems will become a key weapon of data-centric Third Wave startups to beat incumbents in their field. Established, highly-regulated incumbents often use slow and unsystematic data compliance workflows, operated manually by armies of lawyers and technology personnel. Agile data governance systems, in contrast, simplify both these workflows and the use of cutting-edge privacy tools, allowing resource-poor startups both to protect their customers better and to improve their services. In fact, 47% of customers are willing to switch to startups that protect their sensitive data better. Yet 80% of customers highly value more convenience and better service. By using agile data governance, startups can balance protection and improvement. Ultimately, they gain a strategic advantage by obtaining more data, cultivating more loyalty, and being more resilient to inevitable data mishaps.

Will Cyberattacks Lead to Prolonged Conflicts?

"We need to separate what is happening with corporations, where the news is relatively good because the technologies are getting better and it is now possible if you spend enough to defend yourself," says Clarke, a former adviser on intelligence and counterterrorism in three presidential administrations. "We need to separate that good news from the bad news that governments are behaving badly - governments are engaging in increasing cyberattacks and boasting about it." In an interview with Information Security Media Group, Clarke says he's concerned that more cyberattacks of a sufficient gravity will lead to kinetic responses and prolonged conflicts. "We actually have had a government engage in a conventional or kinetic attack because of cyberattacks - the Israelis, frustrated by the cyberattacks on them by Hamas, flew F-16s and bombed the Hamas cyber facility," he points out. Clarke and Knake believe that the key to dealing with future cyberthreats can be distilled to a single word: resilience. 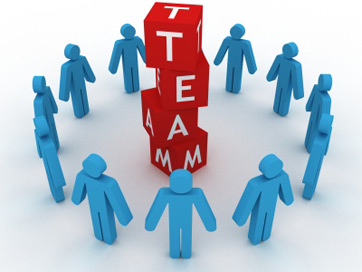 Q&A on the Book Virtual Leadership

It’s for those who lead virtual teams and those who are part of virtual teams. Even if you don’t consider yourself a leader, you will be able to make a lasting difference in the quality of your virtual work through developing your own virtual leadership. Do you strive to work well with people spread around the globe, or even just around your locality? Do you wonder how to overcome the challenges and frustrations of virtual working? Do you want to see real and lasting benefits for your organization through your virtual work and that of your colleagues? If so, I wrote the book for you, whatever your role and whatever type of organization you work within. Of course, InfoQ caters to the software development community, and readers say that there is a lot in it that is really helpful there. While you are likely to be incredible with technology, it takes more than technology to make virtual teams work well! My background was as a software engineer initially, and many of the case studies are from situations involving IT.

"You may not control all the events that happen to you, but you can decide not to be reduced by them." -- Maya Angelou