While We Wait For Artificial Superintelligence, Let's Make The Most Of Augmented Intelligence

When data governance was just oriented around compliance, the scope of data and the governance requirements were controlled and prescriptive. This narrow focus made it possible to use manual processes for governance and stewardship activities. In the new world of business value-based data governance the sheer scale of data, and the collaboration required across all organizational functions makes automation critical to success. We now have data lakes with petabytes of data, being updated in real time with streaming sensor data, social data, and mobile location data. There are tens of thousands of users accessing the data across finance, sales, marketing, service, procurement, research and development, manufacturing, logistics, and distribution. It’s at least a thousand-fold increase in scale and complexity. At this scale the only way you will keep up is with AI-powered automation.

The Danger of Bias in an Al Tech Based Society 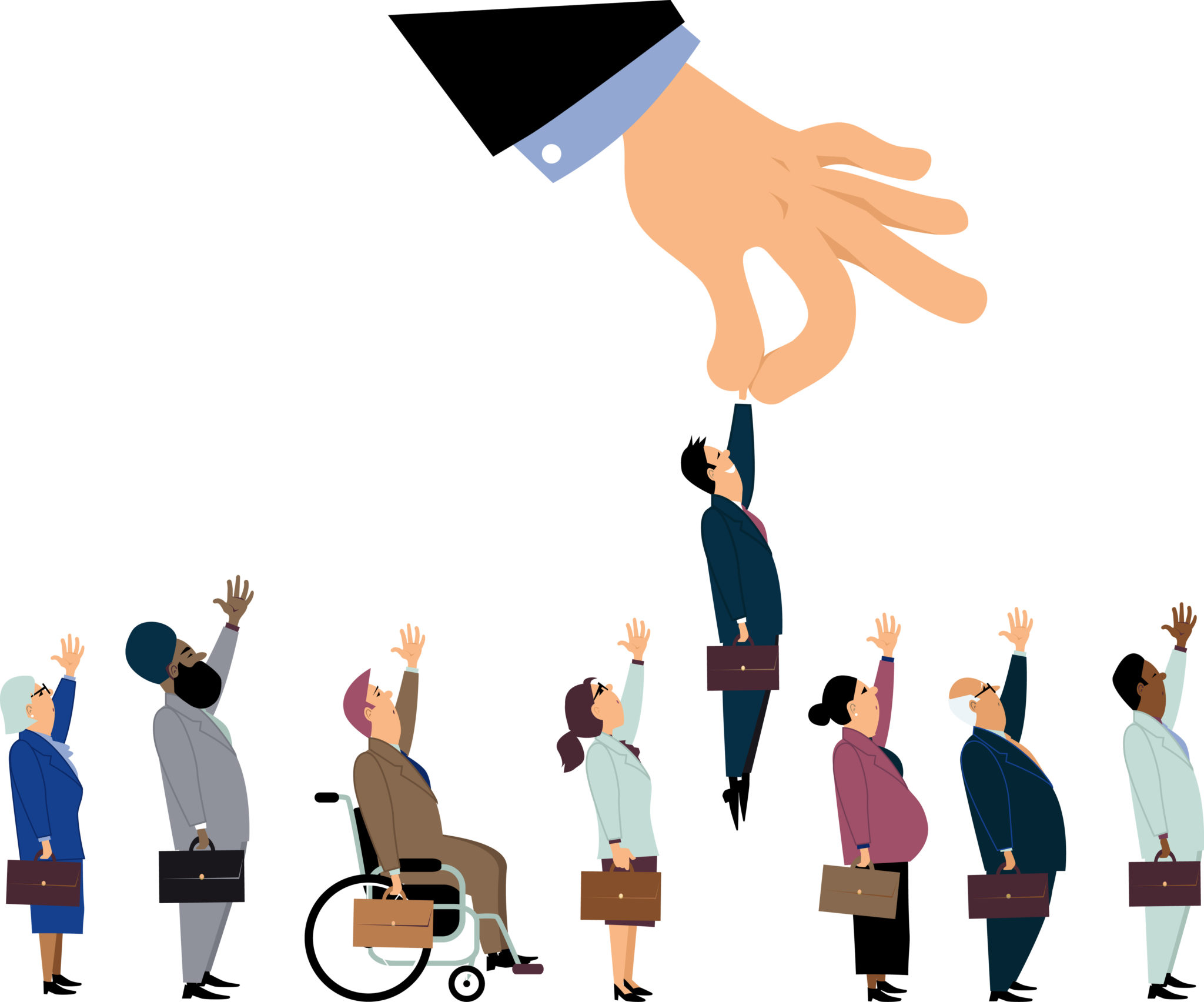 The intelligence of AI systems is learned from humans. By nature, humans are biased. We will usually want our national team to win against a rival. We will always be rooting for our own family members to succeed. Even though we may not realize it, deep in our subconscious lies bias.  Algorithmic bias occurs when the AI system acts in a way that reflects the implicit values of the humans who were involved in the data collection, selection, and programming. Despite the presumed neutrality of the data, algorithms are open to bias. Algorithmic bias often goes undetected. Bias is hidden in the depths of the mathematical programming of AI tech and means that important decisions go unchecked. This could have serious negative consequences for poorer communities and minority groups. ... If algorithms could accurately predict which defendants are likely to re-offend, the system could be made more selective about sentencing and more just. However, this would mean that the algorithms would have to be devoid of any type of bias to avoid exacerbating unwarranted and unjust disparities that are already far too common in the criminal justice system.

Addressing the Top Three Risk Trends for Banks in 2019

Most of the cybersecurity risk for banks comes from application security. The more banks rely on technology, the greater the chance they face of a security breach. Adding to this, hackers continue to refine their techniques and skills, so banks need to continually update and improve their cybersecurity skills. This expectation falls to the bank board, but the way boards oversee cybersecurity continues to vary: Twenty-seven percent opt for a risk committee; 25 percent, a technology committee and 19 percent, the audit committee. Only 8 percent of respondents reported their board has a board-level cybersecurity committee; 20 percent address cybersecurity as a full board rather than delegating it to a committee. Utilizing technological tools to meet compliance standards—known as regtech—was another prevalent theme in this year’s survey. This is a big stress area for banks due to continually changing requirements. The previous report indicated that survey respondents saw increased expenses around regtech.

Currently, most established players—OEMs, automation-device suppliers, and machine-control suppliers—are working on strategies to cope with shifting growth patterns and the resulting mix of unexpected high demand and declining growth in more mature technologies. At the same time, these players are preparing themselves to be best positioned to claim a share of the additional value expected to be created by digital manufacturing solutions, which we estimate will double to €32 billion worldwide by 2025. The disruptive trend of digitization also attracts new players to participate in the market, especially in the space of software, platforms, and application providers. This diversification challenges the foothold that established players have enjoyed on strategic control points, for example, the machine-control layer in the automation technology stack. While the strategic cornerstones are often obvious and similar across players—for instance, securing core business, capturing additional value from digitization, and increasing internal efficiency—the exact chances of success of individual strategic measures and the threat from competition remains uncertain.

Identity is the new perimeter and we identify identity as the human, the device, the data, the application – and all of these have a unique identity and all of these need to be updated, hashed and healthy. In the context of ML, we take all of those variables and put them in the ML engine and assign risk based on where the user is, what they are trying to access, how they authenticate and what device they are on. What we find with bad actors is that we are not seeing yet, in any meaningful way, production of malware that adapts in the wild that you would expect, but potentially in the future. We are not seeing yet any meaningful corruption with AI models or putting malicious data into ML engines to try to train it incorrectly. I do expect that there will be attack vectors and we are doing a tremendous amount of work with Microsoft Research to make sure we build those defences. But the good news is that we are not seeing it in any meaningful or wholesale way today, and that’s why I don’t think it is quite a race.

Managing the multicloud will require lots of AI – but people too

The more complex your multicloud becomes, the less likely it is that you’ll be able to entirely automate responses the vast range of underlying platform, application, service and other issues. Human-in-the-loop exception handling will become the order of the day for the long tail of rare cloud-computing use cases up and down this multilayered management plane. The more complex cloud management functions — including cost management, security and compliance, application development, deployment and operational management — will continue to rely on collaborative responses that skilled human IT personnel may need to improvise on the fly. The orchestration layer in the more complex cloud deployment use cases will need to drive human-response flows alongside entirely system-automated responses. The less common a specific incident or situation is, the less likely it is that there will be sufficient historical “ground truth” data for training the highly predictive statistical models upon which AI-driven automations depend. In many multicloud operational circumstances, AI-driven workflows will often span several tiers of IT support resources working in lockstep over indefinite periods.

The biggest tease the company dropped was its apparent willingness to release an Edge version for Linux -- a move that was once considered inconceivable. "We don't have any technical blockers to keep us from creating Linux binaries, and it's definitely something we'd like to do down the road," the Edge team said. "That being said, there is still work to make them 'customer ready' (installer, updaters, user sync, bug fixes, etc.) and something we are proud to give to you, so we aren't quite ready to commit to the work just yet. "Right now, we are super focused on bringing stable versions of Edge first to other versions of Windows, and then releasing our Beta channels," Edge devs said. While the Chromium codebase on which the upcoming Edge version supports Linux builds, users were afraid that when Microsoft ripped out various Chromium features last year, it might have impacted Edge's ability to support cross-platform builds. However, today's comment comes to confirm a tweet published in April on the personal Twitter account of one of Edge's developers.

In the long-term vision, digital solutions would cover all steps within claims management. Because the process would be fully digital, very little human intervention would be needed. In this scenario, claims would be transferred in real time from a provider to a cloud solution containing all electronic health documents. Once a claim is transferred to the cloud, self-learning algorithms would automatically access it and perform real-time auditing using technical reference points, such as the claimant’s insurance status and benefits package, as well as medical reference points. Once robust self-learning algorithms have been established and trained using both existing data and expert knowledge, their efficiency will continue to improve over time. Ultimately, it would become possible to automate payers’ communications with providers and customers. For example, if further information was required to reach a decision about a specific claim, providers would be contacted automatically via a digital request form that would include an integrated first check for basic information.

"The most valuable thing you can make is a mistake - you can't learn anything from being perfect." -- Adam Osborne

Posted by Kannan Subbiah at 4:46 PM