If you are one of the organizations asking these questions, chances are that you are what McKinsey refers to as a "digited incumbent," defined as an incumbent business competing substantially in new ways through digitization (more than 20% of your business is digital and you are launching new digital businesses while transforming the core). If you fit into this category, you are already on the road to success. McKinsey said that digital incumbents are twice as likely as traditional incumbents to experience organic revenue growth of 25% or higher. McKinsey defines traditional incumbents as those that compete primarily in traditional, non-digital ways -- more than 80% of their business isn't digital. Top performers are making three "bold moves,"  ... "When companies digitize the core business, our research shows, strong IT capabilities help enormously," the report says. "According to respondents in a survey on the IT function's effectiveness, companies with top performance on core IT tasks have made more progress than other companies in becoming fully digital and mastering key digital activities."

APIs – Shaping the future of banking

APIs are not new. What has changed is how they are being adopted to facilitate open banking. Today, banks, their clients and their partners can share data and integrate ecosystems securely – and often in real time. In the corporate-to-bank space, the use of APIs is becoming mainstream. This is in part due to well-publicized success in cases such as the insurance industry (for new policies, renewals and claims handling) and in facilitating ride sharing, food delivery and other new consumer models. However, solutions are now emerging across industries – from the immediate release of a car at a showroom through to subscription models for consumer products. Ultimately, companies are seeking to create integrated, frictionless client-centric experiences. To date, APIs have been used mainly to enrich corporate-to-bank integration. However, there is now an opportunity to improve banks’ engagement with their financial institution clients. Today, much of this interaction takes place via Swift, which prescribes how often and what type of data can be exchanged.

Employees say companies use IT for pure profit, not worker empowerment

Upliftingly, 52.7% said they believed companies only introduced new technology if they could see it turning a profit, rather than if it would empower their employees to become more productive. Some might gaze at this and consider that, if the employees became more productive, their companies might be more profitable. It seems, though, that the employees aren't merely meaning that they'd do more work better. In this study, you see, almost one-third said having better IT tools makes them happier. It's rarely wise underestimating the value of a happy employee. In these times of relatively full employment, retaining cheerful employees would seem at least as important as squeezing out an additional 40 shillings of profit. Even employees with golden collars -- and, for all I know, golden cuffs -- know that they are threatened by the inevitable Dance of the Apocalypso, when artificial intelligence will be routinely preferred to its human counterpart. Especially because it'll be robots making those decisions. Amusingly, however, a recent survey showed that most people would rather be replaced by humans, just as they'd prefer their co-workers to be replaced by robots.

Networks generate massive amounts of data that can use useful for operating the environment. The problem is that people can’t analyze the data fast enough to understand what it means – but machines can. This is where network professionals must be willing to cede some control to the computers. The purpose of machine learning isn’t to replace people, but to be a tool to let them work smarter and faster. Juniper acquired Mist Systems earlier this year to provide machine learning based operations to Wi-Fi, which is a great starting point because Wi-Fi troubleshooting is very difficult. ... The long-term goal of network operations is akin to a self-driving car where the network runs and secures itself. However, like with a self-driving car, the technology isn’t quite there yet. In the auto industry, there are many automation features, such as parallel park assist and lane change alerts that make drivers better. Similarly, network engineers can benefit by automating many of the mundane tasks associated with running a network, such as firmware upgrades, OS patching, and other things that need to be done but offer no strategic benefits.

Why Fintech is the Next Ad Industry Disruptor

With in-store sales still accounting for 90% of all retail sales and U.S. consumers spending more than $3.1 trillion in offline sales last year, the real need of ad innovation is centered around better capturing in-store activity. Marketers are in desperate need of the same level of disruption e-commerce has seen but to the physical world. A means for them to bridge their omni-channel marketing efforts and tie both online and offline tactics to the trackable in-store purchases. Simultaneously, credit and debit cards have increasingly become consumers’ purchase method of choice. Even for consumers who have a complete distrust in banks, new options like prepaid debit cards have eased the barrier to plastic. In fact, the total dollar value loaded on prepaid cards was expected to be $112 billion in 2018.  These payment options are also impacting retailers. With more consumers using credit or debit cards either by swipe or tied to their mobile wallets, cashless stores are taking root and becoming the norm. And new payment entrants -like Square, Stripe and Shopify - have streamlined and modernized POS systems, allowing retailers and merchants an easily rip and replace solution for their dated cash registers.

The Gap Between Strong Cybersecurity & Demands For Connectivity Is Getting Massive 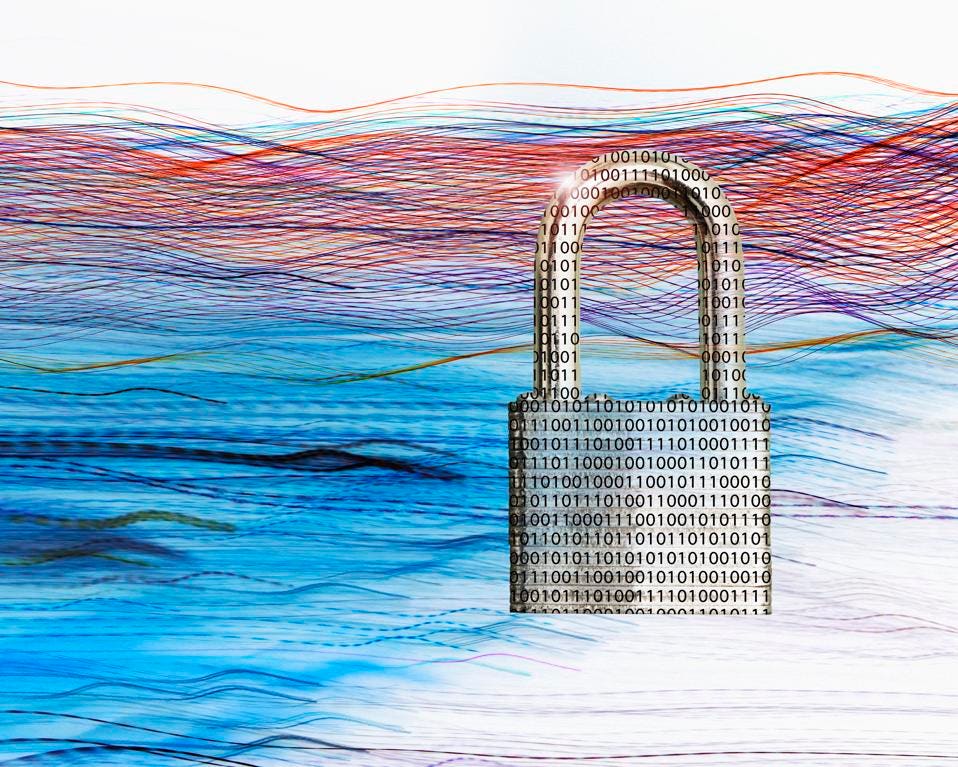 Although outbreaks related to these two superbugs of the cyberworld originally happened over two years ago, a recent VxWorks advisory was issued to serve as a warning that millions of devices could fall victim to a similar outbreak soon. The reason is that the devices run on older versions of the Windows OS, which makes them unpatchable. Therefore, those traditional security solutions will not stand up for the fight. This latest announcement demonstrates how urgency is the course of action in these times, not complacency. Responsible IT leaders need to step away from their dependency on outmatched, overutilized technologies from yesteryear and beyond. 1995 was a simpler time, where firewalls and VPNs were state of the art and served our needs pretty well. But networking in 2019 is a whole new ball of wax. The operational technology and information technology that used to be separate are now converging. Achieving a successful hybrid IT/OT environment clearly includes a strong cybersecurity play, but that isn’t the only major area of concern.

How a PIA Can CYA

More than a diagnostic tool or compliance checklist, PIAs are essentially templated questionnaires that help organizations identify their privacy risks are with information they collect, use, or store, says Rebecca Herold, CEO of the Privacy Professor, a security consultancy. PIA templates typically have some combination of multiple choice and open-ended questions. While often administered quarterly, PIAs can be done more frequently or after a breach or suspicious incident. But mostly, PIAs help expose potential privacy issues that may get overlooked in the rush to market. Herold recalls an organization she worked with that developed a saliva test to detect concussions. Unlike doctors and hospitals that are subject to federal privacy protections, this organization was HIPAA-exempt and hadn't really thought through the ramifications of the data it wanted to collect.  Not surprisingly, consumers became concerned about who'd be able to access the saliva test results.

How to handle anxiety as a tech professional

Anxiety is the most common form of mental health issues in the US, impacting 40 million adults every year, according to the Anxiety and Depression Association of America. While anxiety disorders are very treatable, that doesn't make them any easier to handle, especially in the workplace.  Handling anxiety in daily life is difficult enough, but is even more challenging when attempting to be productive in a formal working environment. Work-induced stress is one of the leading causes of anxiety disorders, the Mayo Clinic found. This anxiety can have a major impact on an employee's performance, oftentimes resulting in burnout. More than half of US employees (55%) experience burnout at work, a recent University of Phoenix study reported, and anxiety (67%) was cited as the no.1 cause. Negative work environments and task overload can make completing assignments unbearable, causing many employees to quit.  These stressors are sometimes even deeper for tech professionals in non-technical organizations, said Nina LaRosa, marketing director of workplace safety, health and HR online training company Moxie Media.

10 things you need to know about MU-MIMO Wi-Fi

Like with 11ac, wireless devices aren't required to have multiple antennas to receive MU-MIMO streams from wireless routers and APs. If the wireless device has only one antenna, it still can receive one MU-MIMO data stream from an AP. However, with uplink MU-MIMO, wireless devices are required to have a minimum of two antennas to transmit with MU-MIMO back to the AP or wireless router, even for one stream connections. More antennas would allow a device to support more simultaneous data streams (typically one stream per antenna), which would be good for the device's Wi-Fi performance. However, including multiple antennas in a device requires more power and space, and adds to its cost. It would take eight antennas to take full advantage of the 11ax features. ... Although legacy 11n and 11ac Wi-Fi devices won’t directly see any range or performance improvement of their connections to 11ax APs or wireless routers, they can see an indirect benefit. Remember, Wi-Fi is all about airtime: the faster any device is served, the more time there is for other devices.

Debate over the mass surveillance programs being run by the U.S. government and its Five Eyes partners continues. Snowden also revealed that the U.S. government - together with allied agencies, including Britain's GCHQ - was intercepting en masse worldwide data flowing to technology giants' data centers. Those revelations led Apple, Facebook, Google and Microsoft to begin encrypting user data by default as well as to design messaging services that are end-to-end encrypted (see: Crypto Wars Continue, as Feds Seek Messenger Backdoor). Debate over Snowden and the actions he took also continues. But some of those with intelligence experience say that for someone who witnesses wrongdoing at the NSA or another intelligence agency, there is no way to bring such wrongdoing to the attention of someone with oversight without opening themselves up to prosecution. "Did I break the law? Again, what's the question that's more important here? Was the law broken or was that the right thing to do?" Snowden tells CBS in a Monday interview.

"The key to successful leadership today is influence, not authority." -- @KenBlanchard