Interestingly, though, a SpaceX filing made with the U. S. Federal Communication Commission (FCC) at the end of August, seeks to modify its original FCC application because of results it discovered in its initial satellite deployment. SpaceX is now asking for permission to “re-space” previously authorized, yet unlaunched satellites. The company says it can optimize its constellation better by spreading the satellites out more. “This adjustment will accelerate coverage to southern states and U.S. territories, potentially expediting coverage to the southern continental United States by the end of the next hurricane season and reaching other U.S. territories by the following hurricane season,” the document says. Satellite internet is used extensively in disaster recovery. Should SpaceX's request be approved, it will speed up service deployment for continental U.S. because fewer satellites will be needed. Because we are currently in a hurricane season (Atlantic basin hurricane seasons last from June 1 to Nov. 30 each year), one can assume they are talking about services at the end of 2020 and end of 2021, respectively.

Windows Defender malware scans are failing after a few seconds

The issue has been widely reported over the past two days on the Microsoft tech support forums, Reddit, and tech support sites like AskWoody, DeskModder, BornCity, and Bleeping Computer. The bug impacts Windows Defender version 4.18.1908.7 and later, released earlier this week. The bug was introduced while Microsoft tried to fix another bug introduced with the July 2019 Patch Tuesday. Per reports, the original bug broke "sfc /scannow," a command part of the Windows System File Checker utility that lets Windows users scan and fix corrupted files. After the July Patch Tuesday this utility started flagging some of Windows Defender's internal modules as corrupted, resulting in incorrect error messages that fooled admins into believing there was something wrong with their Windows Defender installation, and its updates. Microsoft announced a fix for the System File Checker bug in August, but the actual patch was delayed. When the fix arrived earlier this week, it didn't yield the expected results.

What does upstream and downstream development even mean?

Projecting positivity is also a soft skill. The reality is that a busy IT department will achieve a lot and there is much to focus on. Of the technical people I know most are passionate about what they do. Passion drives excellence but it also has a dark side that we see manifest in various IT "religious wars". It narrows the focus, closes the mind and prevents us from acknowledging any evidence that contradicts our beliefs. Passion is also a big turn off for senior executives who tend to prefer calmness. It is difficult to get the balance right between passion & dispassion. The best advice I have been given is that it is OK to hold strong opinions but important to hold them loosely. By all means be passionate and use it to drive you to put forward the best possible case for your chosen subject but accept that others will have equally passionate views and either, or both, of you may be wrong. If you are not passionate then you won't put forward convincing arguments or test hypothesis with sufficient rigour. 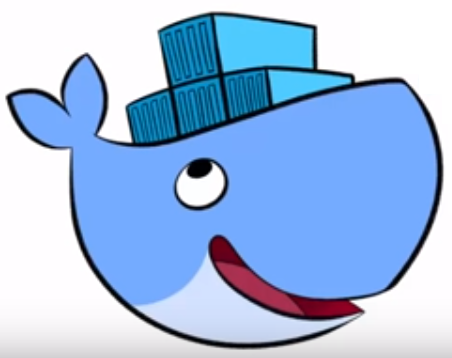 Docker contains Operating System, Source code, Environment variables (if any) and Dependent components to run the software. So, if anyone wants to run your software, they can simply take the container and get started, without putting effort to do the machine set up to make things work. ... Many times, you must have heard developers saying – it is working fine on my machine, but I don’t know what is missing on your machine or say why the same software is not working on your machine? Such discussions usually pop up during the testing phase and as my personal experience, sometimes it takes hours to identify that small missed out dependency. Here, Docker comes to the rescue. As it is containerization, each and every dependency is packed in the form of containers and is available for both Linux and Windows. Hence, everyone using the software will have the same environment. Basically, the concept of docker has completely vanished the problem of mismatch environments. Isn’t it amazing?

Why businesses would rather lose revenue than data

A big reason for cybersecurity issues is the lack of IT talent in SMBs, the report found. Half of businesses said they only provide a one-time security awareness IT training to staff. To solve for the skills gap, a third of companies (33%) said they currently outsource some of their IT activities, and another 40% said they plan to do so.  Regardless, SMBs need a plan. "With regards to addressing security concerns, it's important to have several layers of security so that there's no way an outside 'silver bullet' can penetrate a system," Claudio said. "Making sure staff are aware of potential security threats, like phishing scams, is also crucial as they will usually be your first line of defense. Patch management and vulnerability assessment are also mission critical." ...  "To support business continuity, it's important to have a great backup and disaster recovery program including off-site data copy in the event of an emergency," Claudio noted. "Again, making sure you have access to the right IT resources and skill sets by utilizing a trusted outsourced service provider is essential."

Oracle goes all in on cloud automation

“Digital assistants and conversational UI are going to transform the way we interact with these applications, and just make things a lot easier to deal with,” Miranda says. They will also enable supply chain managers to check on delivery status, track deviations and report incidents, Oracle’s goal being to enable root-cause analysis of supply chain problems via the chat interface. In HR, Oracle HCM Cloud will chat with employees about onboarding and accessing their performance evaluations, while sales staff will be able to configure quotes using voice commands, Oracle says. Oracle and Amazon are famously combative, but Oracle is starting to adopt the same terminology Amazon uses for its Alexa virtual assistant, referring to extended dialogs to accomplish a goal as “conversations” and tasks that its digital assistants can help with as “skills.” R. “Ray” Wang, founder and principal analyst at Constellation Research, says Oracle’s effort to weave AI into all its apps is paying off. ... “It’s the long-term performance improvement of feedback loops. The next best actions are more than rudimentary. Think of the Digital Assistants plus Intelligent Document Recognition, and predictive planning as all tools to help drive more automation and augmented decisions in enterprise apps.”

"Cognitive trust is based on the confidence you feel in another person’s accomplishments, skills, and reliability while affective trust, arises from feelings of emotional closeness, empathy, or friendship." In your team, trust might be developed and sustained between individuals in different ways. Some of you will be looking out for how much others fulfill their offer of help, whether they deliver their work on time, and if their work is of high quality. Meanwhile, others will be looking for a more personal or social connection, looking for things they have in common with others—which is easier to find out during real-time conversations. Getting to know each other well requires having a mental image of the person, hearing their voice, seeing their facial expressions, and online meetings can help us achieve this. In this article, I suggest two ways to use meetings to strengthen your team relationships—incorporate social conversations into your scheduled meetings and hold online meetings for the specific purpose of reconnecting as colleagues.

Once DevOps and IT security teams are aligned, the most important groundwork for improved DevOps security is to gather accurate data on IT assets and the IT environment, and give IT teams access to relevant data in context, practitioners said. "What you really want from [DevSecOps] models is to avoid making assumptions and to test those assumptions, because assumptions lead to vulnerability," Vehent said, recalling an incident at Mozilla where an assumption about SSL certificate expiration data brought down Mozilla's add-ons service at launch. ... Once a strategy is in place, it's time to evaluate tools for security automation and visibility. Context is key in security monitoring, said Erkang Zheng, chief information security officer at LifeOmic Security, a healthcare software company, which also markets its internally developed security visibility tools as JupiterOne. "Attackers think in graphs, defenders think in lists, and that's how attackers win," Zheng said during a presentation here. "Stop thinking in lists and tables, and start thinking in entities and relationships."

Key new pieces of ACI Anywhere include the ability to integrate Microsoft Azure clouds and a cloud-only implementation of ACI. Cisco has been working closely with Microsoft, and while previewing the Azure cloud support earlier this year it has also added Azure Kubernetes Service (AKS) to managed services that natively integrate with the Cisco Container Platform. With the Azure cloud extension the service uses the Cisco Cloud Cloud APIC, which runs natively in Azure public cloud to provide automated connectivity, policy translation and enhanced visibility of workloads in the public cloud, Cisco said. With new Azure extensions, customers can tap into cloud workloads through ACI integrations with Azure technologies like Azure Monitor, Azure Resource Health and Azure Resource Manager to fine-tune their network operations for speed, flexibility and cost, Cisco stated. As part of the Azure package, the Cisco Cloud Services Router (CSR) 1000V brings connectivity between on-premises and Azure cloud environments.