This is still an early proof-of-concept prototype, but it opens the door to diving further into the relationship between quantum mechanics and the origins of life. The same principles governing quantum physics may even have had a role to play in forming our genetic code. It's like playing the Sims on a whole new level of physics. Creating artificial life inside computers has been the subject of many a previous experiment, but current software typically takes a classical, Newtonian approach in producing these models – step by step, with logical progressions. We know that the real world adds a dab of quantumness to the mix – strange phenomena happening at the micro and macro level – and the new research aims to add that same unpredictability to computer simulations as well. In other words, the simulations are no longer limited to 1s and 0s, but can introduce some of the randomness we see in everyday life. That promises to open up a whole new field ready to be explored.

Why the Legislative and Election Process Needs Artificial Intelligence

If an AI system can create human-readable reports from unstructured internet data, then it can also decipher legislation. It will take time to train AI how to process legislative language effectively, but as ML algorithms become ubiquitous, easily deployable, and more affordable to run, it’s likely that someone will develop AI to make legislation more transparent. AI can transform the legislative process by moving it from lawyers manually reading and writing bills to modeling them. Perhaps, one analyst may read and write bills as another leverages AI, natural-language-processing algorithms, and data visualization to model their impact within existing complex legislative frameworks. AI can help to model, predict, and monitor the impact of legislation that lawmakers pass, but it can also keep the same lawmakers accountable on many other fronts. In a 2018 Gallup poll, only 5 percent of those surveyed had a high degree of confidence in the U.S. Congress. In many countries, simply trying to understand what an elected official or candidate running for public office believes or has historically voted on can be a daunting task. 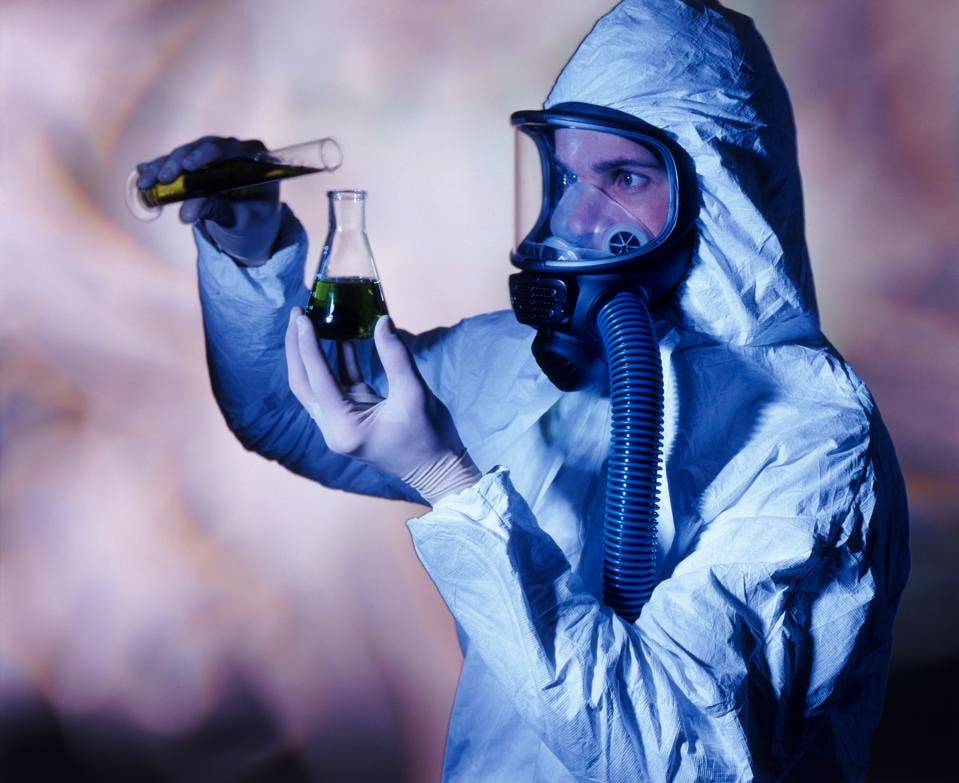 Today's strategic imperative seems to be around the notion of "innovate or die" and that idea might be a little bit too close to the truth for many. But the whole idea of innovation for some of pharma seems more vague and focused on both an ambiguous endpoint and a fuzzy process. Innovation is served up as an ingredient in a process that offers an expectation of magical transformation. Never in a box, innovation is that unbridled perspective that everyone tires to (paradoxically) put into a package and sell to their customers. So, we have an epidemic. Accelerators, incubators and bean bag chairs give me goose bumps. Could it be that there's just too much innovation? I don't think that's the case. But I do believe that the germ of innovation can grow in different ways that are very powerful--both transformative and malignant! The role of innovation is more a function of applying inventionto a marketplace. Amazon and Apple have largely mastered this process and have ignited the flame of consumer-centricity in the life sciences industry.

The vast amount of data generated and collected by a multitude of stakeholders in healthcare comes in so many different forms —insurance claims, physician notes, medical records, medical images, pharmaceutical R&D, conversations about health in social media, and information from wearables and other monitoring devices. Data is growing faster than ever before and by the year 2020, about 1.7 megabytes of new information will be created every second for every human being on the planet. It is the scale of this data that sits at the very heart of the fourth industrial revolution and the impact it will ultimately have on the way we care for patients and communities in the future. As healthcare environments become increasingly dependent on digital technologies to support care delivery (at a user, organizational and healthcare system level), their ability to use and exchange data becomes a critical enabler of transformation. In healthcare systems around the world, data and analytics (D&A) is re-shaping the way leaders make evidence-based decisions to improve patient outcomes and operational performance.

Google has mastered search. It has dominated the field in this area, but the company is making its way in cloud computing as well. Another area it seeks to lead? Artificial Intelligence (AI). Technology companies are selling AI as part of their cloud services, and profiting as a result. The capacity of data centers is sufficient enough to support it. A technology prowess, Google has experience with the cloud. It is now looking to serve external customers in new ways, rather than focus all the attention on its internal operations. Customers are not only the end user consumers one sees every day on the street. Competitors are big names such as Microsoft and Amazon, as the company aims to draw in customers such as Netflix and Spotify. Why does Google see its AI solution as the one to beat out of other business services? The answer may be in the techniques and capabilities the company is investing in. Machine learning is one of them, and has been an interest for a long time. Others include image recognition and also search and video recommendations.

How to Avoid the All-Flash Capacity Glut

When all-flash drives were 1TB or smaller, most organizations needed to buy well over 24 drives, but now 24 drives (a.k.a. 384TBs) will more than cover all the needs of production storage in many data centers. For many AFA vendors these are the minimum configurations. Those that offer a 12 drive alternative will see a significant drop in performance, despite the fact that many of these high capacity drives are rated to deliver 70,000 IOPS or more. Again, that is 70K IOPS PER DRIVE, yet many 12 drive systems can’t deliver more than 30,000 IOPS. Given the raw performance of an SSD, a 24 drive system should deliver about 1.5 million IOPS! The problem is that most storage vendors have built their software code using legacy techniques. They haven’t rethought the algorithms that drive the core of the storage system and they haven’t adapted them to take advantage of multi-core processors. Part of the reason for this development approach is time to market, because by leveraging legacy code and legacy techniques they are able to bring products to market faster.

Firstly, we capture the EEG signal from a brain-machine interface: currents that flow during synaptic excitations of the dendrites of many pyramidal neurons in the cerebral cortex. EEG signals have been shown to be sufficiently different between individuals and therefore suitable for use in the authentication process. Then we port that data into our EEG Workbench, which was created by Luis Gutierrez [currently working in the UC Riverside InfoSec department] as part of his Masters thesis. ... Our main problem is the lack of available data. For machine learning, you need an enormous amount of data, so that's what we're focusing on right now—building up data stores. Secondly, there aren't many commercially available brain-machine interfaces with reliable data output that we can use for machine learning at this time. Many have an issue with the signal-to-noise ratio. We need to isolate which diode on the BMI gives us the best response.

Blockchain Grows Up as Bankers Take the Place of 'Crypto Cowboys'

Despite its promise in improving business functions -- finance and supply chain management are two of the most often-cited use cases -- there are still a number of hurdles to the commercial adoption of blockchain. One is that the technology is still in its relative infancy; another is how exactly regulators would account for illegal activity amidst a mass of cross-border payments.  There are also economic factors. As long as "get rich quick" crypto fever is still alive, it's that much harder to incentivize blockchain enthusiasts to take on the less sexy work of building protocols for business. "Blockchain is an extremely powerful idea, but it's very far from being a mature technology," said Christian Laang, CEO of of the supply chain management platform Tradeshift. "If people are becoming millionaires from ICO [initial coin offerings], they're disincentivized to create the next generation of technology. There's a little bit of a bubble with all the short term-ism."

Having a resilient service for customers means ensuring that when a failure occurs, the part of the system affected by the error is small in comparison to your system as a whole. There are two ways to ensure this. Redundancy is about ensuring the system as a whole extends out beyond the scope of failure. However much is impaired, we've simply got more in reserve. Isolation is about ensuring that the scope of failure remains confined within a small area and cannot spread out to the boundaries of our system. However you design your system, you must have good answers for both of these. With these in mind, you must mentally test your design against every fault you can imagine. To help, consider the following dimensions of failure: faults at an infrastructural level (like network failure), as well as faults at an application level (like uncaught exceptions or panics); and faults that are intrinsic to the software we build (caused by us, i.e. bugs) as well as those that are extrinsic (caused by others e.g. invalid messages). It is not sufficient to assume the intrinsic faults will be shaken out by testing. It is as important to protect yourself from yourself as from the rest of the world.

Digital transformation needs to come from the top

The corporate culture of the modern enterprise should be to embrace change and encourage "failing forward," so that the organization can evolve and learn about new technologies and also identify growth opportunities and/or risks to the business, Canaday said. Not all of this innovation needs to come from within, however. Many organizations are looking to hire outside of their industry or partner with innovative third parties to bring fresh perspectives, ideas, and expertise that can help spark internal ideation and creativity, Canaday said. As organizations undergo the latest evolution in technology, business models have shifted to become focused on mobile channels, and more recently there's been an increase in voice-activated interfaces. What's driving this is customer demand. "Companies need to operate where the client transacts, and need to be hyper-focused on the customer experience" to ensure that those customers will continue doing business with them, Canaday said.

"Coaching is unlocking a person's potential to maximize their own performance. It is helping them to learn rather than teaching them." -- John Whitmore

Posted by Kannan Subbiah at 9:14 PM