From the point of view of artists and designers, the Studio offers a high-end computer built around their creative needs, which does away with having to use a separate drawing tablet and computer. Even if creatives ignore the Surface Studio, its release is good news, likely to prompt incumbents like Apple and Wacom to spec up and cut the prices of new machines — in particular for the iMac, which the Studio has been compared to many times, despite the iMac lacking a touchscreen. By following up the immaculately designed Surface Book laptop with a striking machine like the Surface Studio, Microsoft also appears to be trying to establish itself as a competitor to Apple on the design front. The Surface Studio garnered good reviews but with sizable caveats. TechRepublic's sister site ZDNet praised its attractive high-resolution screen and snappy performance but criticized its high price, limited build-to-order and upgradeability options, as well as the fact the Surface Dial is not included by default. CNET had similar concerns, and also highlighted limitations of the GPU choice and lack of front-mounted USB ports and Thunderbolt connection.

The standard outlines a set of cyber security outcomes for government departments to achieve in the areas of identification, protection, detection, response and recovery. The outcomes-based approach is aimed at allowing government departments flexibility in how the standards are implemented, “dependent on their local context”, the document states, adding that “compliance with the standards can be achieved in many ways, depending on the technology choices and business requirements in question.” Some of the key requirements include clear lines of responsibility and accountability to named individuals for the security of sensitive information, training and guidance for senior accountable individuals, strict access control, use of secure configurations, regular patching, attention to email and web application security, developing an incident response and management plan and the testing of contingency mechanisms to ensure continued delivery of essential services. One of the few prescriptive uses of technologies is the use of Transport Layer Security version 1.2 (TLS v1.2) to protect email and data in transit.

How to Write Better Code

For the first of these points, great books help you to read code. Some books that I strongly recommend are Clean Code, Implementation Patterns, Refactoring, The Art of Agile, Pragmatic Programmer, and Practices of an Agile Developer. I've enjoyed reading all of these books immensely. These books will teach you considerations such as low coupling, high cohesion, and simple design. They will teach you useful principles like the Single Responsibility Principle and the Open-Closed Principle. The patterns and principles teach you new information and code to discuss with your team. For the second of these points, Test-Driven Development is one great way to learn how to write code. I enjoy doing coding katas myself and often use them for teaching. But, the most valuable skill when writing code is one I learned at code retreats. It is essential to learn when to delete the code you write. I don't just mean refactor it in order to be smaller. I mean that, for coding exercises, highlight all the files and press the delete button. I mean for production code, after spending a few hours working on a task, use git reset --hard HEAD.

How a robot vacuum navigates your home

Newer, higher-end robot vacuums include self-navigation systems that use mapping technology. Each manufacturer implements its own particular spin on mapping, but each of them is currently built around two slightly different methods. One uses an onboard digital camera to take pictures of walls, ceilings, doorways, furniture and other landmarks. A version of this type of mapping is used in Roomba’s 900 series vacuums and Samsung’s Powerbots. The other method, employed in vacuums like Neato's Botvac series, uses a laser range finder (also called LIDAR for Light Detection and Ranging) that measures the distance to objects in the vacuum’s path. In either case, the robot vacuum uses the data it collects in combination with information from its other sensors to gradually build a map of the room during its initial cleaning. Mapping delivers significant advantages. Armed with a floor plan, the robot vacuum can plot the most efficient route through the room, which is why mapping models seem to move in more orderly straight lines than their non-mapping counterparts. Mapping also allows the robot vac to localize itself within the map, which informs it where it's been and where it yet needs to go.

In an interview last month, a Slack representative acknowledged the company's rapid growth has been challenging to keep up with at times. Since January 2015, the company has grown from 1.1 million daily users to 8 million regular users today. "To be frank, we're still learning as we go," said Julia Grace, senior director of infrastructure engineering at Slack, based in San Francisco. "This is such a complex piece of software. We're operating at a global scale. We're learning and evolving and growing and making the service better along the way." Some analysts pointed out that Slack's performance was much worse when it was starting out. "Once upon a time, in the very, very, very early days of Slack, they were built on a model that couldn't scale," said Michael Facemire, an analyst at Forrester Research. "You remember those outages; you remember the old days when [Slack] would be down, and it would be down for very perceivable amounts of time." Nevertheless, with tech powerhouses Cisco and Microsoft as competitors, Slack can no longer afford to look weak. Companies are unlikely to standardize on a collaboration vendor with an uptime record significantly less than rivals. 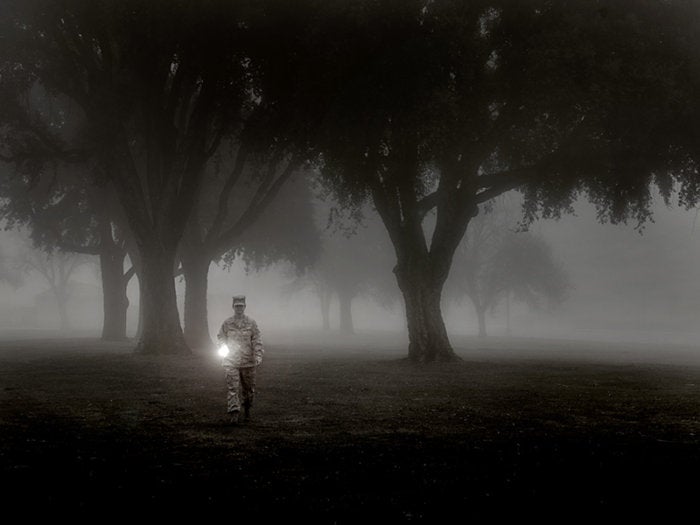 “We now have an industry-backed and -supported blueprint that will supercharge the development of new applications and business models made possible through fog computing,” said Helder Antunes, chairman of the OpenFog Consortium and senior director at Cisco, said in a statement.  According to the OpenFog website: “The sheer breadth and scale of IoT, 5G and AI applications requires collaboration at a number of levels, including hardware, software across edge and cloud, as well as the protocols and standards that enable all of our ‘things’ to communicate. "Existing infrastructures simply can’t keep up with the data volume and velocity created by IoT devices, nor meet the low-latency response times required in certain use cases such as emergency services and autonomous vehicles. "By extending the cloud closer to the edge of the network, fog enables latency-sensitive computing to be performed in proximity to the data-generating sensors, resulting in more efficient network bandwidth and more functional and efficient IoT solutions. Fog computing also offers greater business agility through deeper and faster insights, increased security and lower operating expenses.”

Embattled Australian medical appointment booking service HealthEngine says late Friday it has notified 75 users of a data breach that may have exposed some identifying information. The data breach is the latest in a string of problems for HealthEngine, which has fallen under scrutiny for tampering with patient reviews and for its third-party marketing activities, which underpin its free medical booking service. The breach involved HealthEngine's Practice Recognition system, which allows patients to write reviews of practices. It is unclear when the breach occurred. More than 59,600 patient feedback entries may have been improperly accessed, and 75 of those contained "identifying information," HealthEngine says in a notice on its website. "Due to an error in the way the HealthEngine website operated, hidden patient feedback information within the code of the webpage was improperly accessed, the company says on its website. "The information is ordinarily not visible to users of the site."

Shadow IT: When employees venture to the dark side

While the factors leading to shadow IT today are the same, the outcome (and risks) are largely new. Equipped with a company credit card and their web browser—users are willing to go outside the scope of IT to get the apps they need to work productively—jeopardizing security and corporate compliance in the process. Employees who play fast and loose with the rules of IT can lead to renegade apps stirring-up all sorts of trouble, and everyone can contribute to the problem. Executives who store sensitive notes and documents within apps like Evernote and Dropbox put company secrets at risk. The marketing department can cause financial headaches by, for example, purchasing unsanctioned Salesforce licenses for their team members. When shadow apps run amok outside the scope of IT, a lot can go wrong. Most importantly, without knowledge or control of the apps workers are using, IT admins cannot guarantee corporate or user privacy. Employee workflow and productivity are also at risk. Individual teams that use competing apps (for example, sales uses Slack while engineering uses Microsoft Teams) can make collaboration more difficult, if not impossible. And then there are the costs associated with paying for separate software licenses, or worse, paying double for the same software license across different teams.

Decisions on data governance programs ultimately affect many different stakeholders, some of whom are unknown when those decisions are made. Understanding the entirety of the people that are affected is where a lot of the change management aspects come into play. Widening the net to engage as many people as possible helps ensure the program is effective. Creating a data governance program behind closed doors with just a select few participants can be a recipe for disaster. Engagement depends on knowledge and buy-in, so don’t short-change your efforts by limiting participation. Communicate with as many data stakeholders as you can, especially with those who have taken on data community leadership roles. Data stakeholders want to be part of the process of creating, implementing and sustaining a data governance program. They want to know that their knowledge is appreciated and taken into account when decisions are made about policies, procedures, business rules, metadata and tools.

Dispatch From The Super Internet

The Super Internet is the sum total of how the internet operates when you’re running a very large number of Chrome extensions. It’s a different and better internet, where all the normal complaints don’t apply. On the Super Internet, you don’t enter passwords or see advertising. You don’t get tracked. Every page is HTTPS. And if you go to a page where your registered password has been leaked to the dark web, the Super Internet will tell you. Cloud applications on the Super Internet are ten times better than those available to most users. The Super Internet version of Gmail can send and receive SMS, do advanced mail merge, send recurring and scheduled emails, send PGP-encrypted emails, apply follow-up and due-date reminders to incoming emails, edit outgoing emails using HTML or Google Docs, block notification of senders when you open an email — the list goes on and on. The Super Internet has social networking features most users can’t even imagine. Twitter, for example, is enhanced with auto-refreshing streams, one-button account switching, instant and automatic following and unfollowing, the ability to remove any component of Twitter, including promoted tweets, and hundreds of additional features.

"The weak can never forgive. Forgiveness is the attribute of the strong." -- Mahatma Gandhi