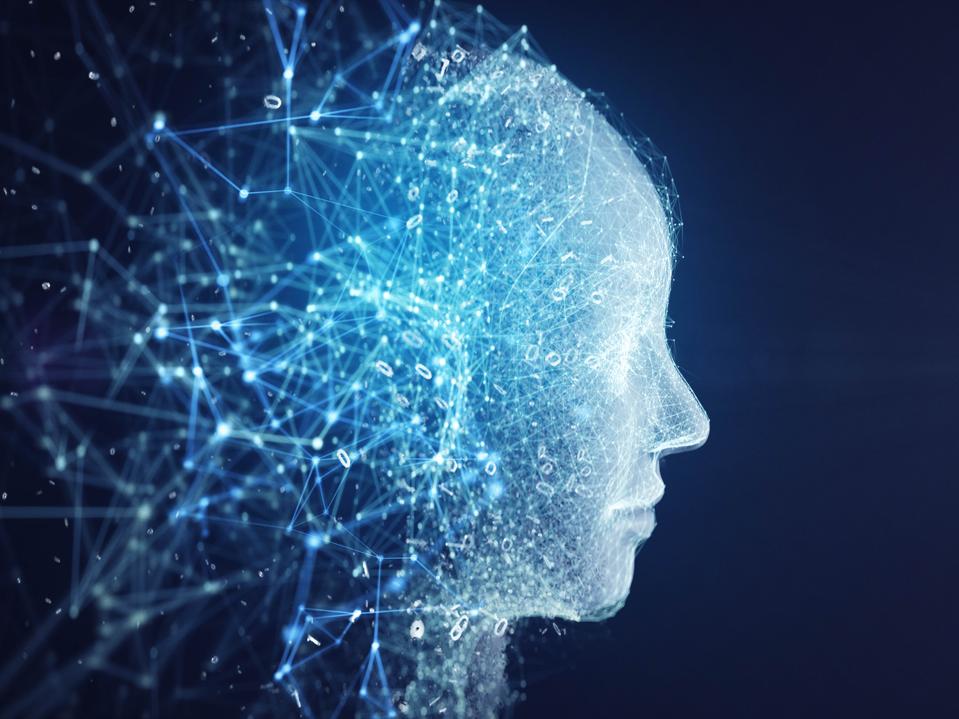 Some in AI would argue that human judgment is going to arise anyway within AI systems as a consequence of some form of “intelligence explosion” that might occur, and there’s no need to fret about how to code it or otherwise craft it by human hands. Essentially, some believe that if you make a large enough kind of Artificial Neural Network (ANN), oftentimes today referred to as Machine Learning or Deep Learning, there is going to be an arising emergence of true AI by the mere act of tossing together enough artificial neurons. One supposes that this is akin to an atomic explosion such that if you start by seeding a process and get it underway, there will be a chain reaction that becomes somewhat self-sustaining and grows iteratively. In the case of a large-scale (well, really, really, massively large-scale) computer-based neural network, such proponents presuppose that there would an emergence of intelligence in all respects of a human-like manner, and perhaps it would even exceed humans, becoming super-intelligent ... A few quick points to ground this discussion. The human brain has an estimated 86 billion neurons and perhaps a quadrillion synapses (for more on such estimates, see this link here). There is not yet any ANN that approaches that volume.

The Digital World Demands a New Model for Leadership

Mukherjee believes leaders need the ability to navigate the in-between places that experts avoid. He posits organizations should allocate leadership responsibilities across a network because leaders cannot be everywhere. Leadership today is distributed and takes place through teams. Given this, teams need access to key knowledge bases. As well, they need to be encouraged to bridge gaps in critical knowledge. According to James Staten, VP Disruptive Innovations at Forrester, "Our guidance is that leaders should not just form dedicated innovation teams, but they need to empower cross-company (and cross-ecosystem) innovation ideation so they have a broad set of ideas to choose from.” Mukherjee argues that digital transformation requires flat organizations. At the same time, he suggests it is important to ensure people understand their business's strategic intent. They need to “get to the higher ground versus go take the mountain.” Making this work involves acquiring team members who come up with solutions rather than just define problems. This starts by redesigning the work teams do. According to Jeanne Ross, it also involves creating an accountability framework.

Learn how New Relic works, and when to use it for IT monitoring

New Relic APM gathers metrics on web transactions, including response time on the web server side, throughput expressed in requests per minute and application errors over time, as well as metrics on individual HTTP requests. The tool also digs into the metrics of major database applications, such as SQL, to report response times and throughput, time per query, slow queries and other details that help pinpoint SQL statements that might bog down a website. New Relic APM supports Java and external environments. It can collect Java virtual machine (JVM) metrics, such as heap and non-heap memory, garbage collection, class count, thread pools, HTTP sessions and transactions. ... New Relic APM provides detailed error analytics that identify the exact error locations and classify the associated transactions and error types. Admins can filter results to tease out specific error details and attributes for each trace. A thread profiler shows the relative activity areas of the application to locate possible bottlenecks for remediation.

Well, both these are considered to be the best frameworks of Javascript. But still, they serve us with different features and functionalities. The basic difference between Vue.js and React is that Vue.js makes use of templates with declarative rendering, while on the other hand, React js uses JSX which is known as a JS extension which keeps HTML within it. This means that React needs more effort even for a simpler task in comparison to Vue. let’s have a look at the below-given images which are clearly showing the simple implementation of Vue and complex of React. ... Talking about the popularity of both these frameworks, it is already seen through some stats that Reactjs is more popular in comparison to Vuejs. It has been seen that javascript launches a number of frameworks and those frameworks keep on changing their positions in terms of popularity. According to the searches, React is on top with the number of 48,718 dependents, whereas, Vue.js is the second most popular JavaScript framework with half as many dependents — 21,575.

3 things I bet you didn’t know about multicloud security

First, traditional approaches to security won’t work. Those of you who have had success in enterprises using traditional security approaches, such as role-based, won’t find the same results in multicloud. Multicloud requires that you deal with the complexity it brings and leverage security that’s able to configure around that complexity. IAM (identity access management) married with a good encryption system for both at rest and in flight are much better options. Second, you can’t use cloud-native security. Although the security that comes with AWS, Azure, and Google Cloud works great for the native platforms, they are not designed to secure a non-native or a competitor’s platform, for obvious reasons. Still, I run into enterprise users who use a cloud-native security platform as a centralized security manager and fail instantly. ... Finally, you’re responsible for more than you think. Public cloud providers put forth the shared-responsibility model as a way to help their cloud customers understand that although the providers do offer some rudimentary security, ultimately enterprise cloud users are responsible for their own security in the cloud. In a multicloud arrangement this is even more the case.

It remains unclear how attackers are compromising the routers. The researchers, citing data collected from Bitdefender security products, suspect that the hackers are guessing passwords used to secure routers’ remote management console when that feature is turned on. Bitdefender also hypothesized that compromises may be carried out by guessing credentials for users’ Linksys cloud accounts. The router compromises allow attackers to designate the DNS servers connected devices use. DNS servers use the Internet domain name system to translate domain names into IP addresses so that computers can find the location of sites or servers users are trying to access. By sending devices to DNS servers that provide fraudulent lookups, attackers can redirect people to malicious sites that serve malware or attempt to phish passwords. The malicious DNS servers send targets to the domain they requested. Behind the scenes, however, the sites are spoofed, meaning they’re served from malicious IP addresses, rather than the legitimate IP address used by the domain owner.

AI chips — sometimes called deep-learning accelerators or processors — are optimized to handle various workloads in systems using machine learning. A subset of AI, machine learning utilizes a neural network to crunch data and identify patterns. It matches certain patterns and learns which of those attributes are important. These chips are targeted for a whole spectrum of compute applications, but there are distinct differences in those designs. For example, chips developed for the cloud typically are based on advanced processes, and they are expensive to design and manufacture. And edge devices, meanwhile, include chips developed for the automotive market, as well as drones, security cameras, smartphones, smart doorbells and voice assistants, according to The Linley Group. In this broad segment, each application has different requirements. For example, a smartphone chip is radically different than one created for a doorbell. For many edge products, the goal is to develop low-power devices with just enough compute power.

The feature can be enabled in Visual Studio 2019 version 16.6 from the Preview Features within the Tools > Options menu. Microsoft developed the linter to make it easier developers to pick up C++ with a focus on finding and fixing logic and runtime errors in pre-build code. In future releases of the linter, Microsoft plans to let developers dial up or down the severity of individual checks and it will integrate it with other code-analysis tools. Microsoft has also released the third preview of the WebAssembly version of its Blazor renderer for building web apps that work offline. It follows last month's release of the second Mobile Blazor Bindings preview for building native iOS and Android apps using C# and .NET. This Blazor WebAssembly preview enables debugging in Visual Studio and Visual Studio Code, and automatic rebuilds in Visual Studio. It brings configuration updates as well as new HttpClient extension methods for JSON handling. Developers need to install Version 3.1.201 or later of the .NET Core SDK to use the latest Blazor WebAssembly preview, which Microsoft expects to reach general availability in May. Currently, the only Blazor renderer that has reached general availability is the Blazor Server remote renderer, while Microsoft has yet to fully commit to the future of Mobile Blazor Bindings.

Logistic Regression is similar to linear regression, but is a binary classifier algorithm (it assigns a class to a given input, like saying an image of a pie is a "pie" or a "cake" or someone will come in 1st, 2nd, 3rd, 4th place) used to predict the probability of an event occurring given data. It works with binary data and is meant to predict a categorical "fit" (one being success and zero being failure, with probabilities in between), whereas Linear Regression's result could have infinite values and predict a value with a straight line. Logistic regression instead produces a logistic curve constrained to values between zero and one to examine the relationship between the variables ... Naive Bayes is a family of supervised classification algorithms that calculate conditional probabilities. They're based on Bayes’ Theorem which, assuming the presence of a particular feature in a class is independent of the presence of other features, finds a probability when other probabilities are known. For example, you could say a sphere is a tennis ball if it is yellow, small, and fuzzy.

Understanding Dynamics 365 for IT: Architecture, integration, and more

"Risks are the seeds from which successes grow." -- Gordon Tredgold