A Century of Healthcare Data

Firstly, there is the length of time that patient data will have to be preserved. People are now living longer than ever before, and current UK legislation states that GP records must be retained for ten years after the death of a patient. This means healthcare data being created today may need to be kept on file for up to 100 years or more. Secondly, the rate of technological development means this data may also have to be migrated between formats multiple times over its lifespan – which is both labour-intensive and expensive. Data storage technology and organisational priorities will continue to evolve, while the data itself will typically come from various sources. As a result, healthcare organisations will face a huge amount of complexity when it comes to preserving data and making it accessible, on top of the growing costs involved as data scales. Medical organisations therefore need to ensure that their storage infrastructure provides the highest possible scalability, flexibility and portability – especially with data volumes becoming so vast that just migrating data from one format or provider to another can require significant investment.

"We can't speculate on attribution," Jeremy Richards, principal security researcher at Lookout, told ZDNet in an email this week. "The motive of the attack is to compromise Okta and Microsoft credentials to gain access to these accounts, which could be used for further attacks or intelligence gathering." A member of a human rights advocacy group told this reporter in an encrypted chat this week that organizations such as his or the ones listed in the Lookout report are often the targets of all sorts of groups. State-sponsored groups want to breach human rights organizations to learn of any ongoing investigations, to track local or abroad whistleblowers, or gain intelligence on organization members to harass them at later points. Similarly, human rights groups are also regularly targeted by regular financially-motivated hackers, such as BEC (business email compromise) scammers, who want to hijack payments or steal funds. "It's no difference to them if we're a hardware vendor or NGO. All they want is the money," our source told us.

There are dozens of free photo editors out there, so we've hand-picked the very best so you can make your pictures look amazing without paying a penny. Of course, if you're able to wait until Black Friday and Cyber Monday, you'll almost certainly be able to find a great deal on a premium photo editor like Adobe Photoshop, but there's plenty of choice out there if you can't wait that long. We've spent hours putting a huge range of photo editors to the test, and picked out the best ones for any level of skill and experience. From powerful software packed with features that give Photoshop a run for its money to simple tools that give your pictures a whole new look with a couple of clicks, there's something for everyone. Many free photo editors only offer a very limited selection of tools unless you pay for a subscription, or place a watermark on exported images, but none of the tools here carry any such restrictions. Whichever one you choose, you can be sure that there are no hidden tricks to catch you out.

The President signed an Executive Order in February 2019 setting the tone for improved data connectivity and stronger public-private partnerships to spark new products in the marketplace and inspire entrepreneurs. It highlights the need for better ways to connect the vast amounts of data that need to be sorted and ultimately harnessed for patients’ benefit. The Initiative mandates that heads of government research agencies like the National Institutes of Health (NIH) develop and identifying new AI programs, explore collaborations with the private sector and help train new generations of data scientists. AI hungers for data and the Initiative helps focus efforts on better methods to connect the countless dark pockets that are inaccessible or hoarded by some organizations. Connectivity is a considerable problem. Healthcare data is expected to double three times each year, leading to zettabytes of information which is utterly impossible to process using historical standards. 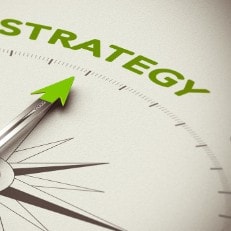 Much has been written in management books, white papers, and news articles about how to craft a winning strategy. Scholars, strategy executives, management consultants, and business gurus alike, all have a formula for how to identify opportunities to advance an organization’s aspiration, architect a plan of attack, orchestrate resource allocation, and coordinate execution of priority initiatives. Developing a well-crafted strategy takes time, effort, money, intellectual commitment, and political capital. If you have ever led or participated in a strategic planning process, you know the drill. But what happens when your strategy doesn’t work as intended? What happens when your strategy falls short of delivering the expected results? The question of "why isn’t my strategy working?" is asked more often than many executives would like to admit. Yet, there is very little in the strategy literature that can help companies troubleshoot their strategy execution, isolate the causes of friction, and deploy mitigating and corrective actions. In this article, we aim to bridge that gap. We explore three critical strategic tensions—incoherence, incongruence, and inconsistency—their root causes, how to identify them, and how to make sure that they don’t prevent your strategy from realizing its full potential.

Since then there have been numerous sales of data centers under better conditions. There are even websites that list data centers for sale. You can buy an empty building, but in most cases, you get the equipment, too. There are several reasons why, the most common being companies want to get out of owning a data center. It's an expensive capex and opex investment, and if the cloud is a good alternative, then that's where they go. But there are other reasons, too, said Jon Lin, president of the Equinix Americas office. He said enterprises have overbuilt because of their initial long-term forecasts fell short, partially driven by increased use of cloud. He also said there is an increase in the amount of private equity and real estate investors interested in diversifying into data centers. ... Enterprises do look to sell their data centers, but it's a more challenging process. She echoes what Lin said about the problem with specialty data centers. "They tend to be expensive and often in not great locations for multi-tenant situations. They are often at company headquarters or the town where the company is headquartered. So they are hard to sell," she said.

How 5G Will Revolutionise Retail Payments

The launch of 5G will provide more internet access, currently there is only a 49% global internet penetration. This will lead to more online consumers worldwide and create even faster websites. Broken down this is a 10X decrease in latency and up to 100X more network efficiency. Advancements with 5G will allow for easier online shopping experiences to an even broader spectrum of digital consumers. In fact, Adobe reports 5G will boost e-commerce revenue by $12 billion by 2021. Offering mobile adapted e-wallets will prepare retailers to take advantage of this trend. After 5G, consumers will truly be able to pay and shop wherever and whenever they want to, with little resistance and receive instant confirmation of their purchases. Merchants should see a boost in revenue due to even more seamless mobile shopping. A combination of merchant and shopper apps and faster 5G speeds will cause consumers to naturally move towards mobile commerce.

The rise of the platform economy in financial services

Industry 4.0 promises to herald in a new era of platform players delivering products and services designed to accurately meet the personalized needs of customers in a more tailored way throughout their lives. So what’s the perspective of Xavier Gomez @Xbond49 on this new era? “PSD2 rules clearly push banking sectors to renovate the customers relationship (B2B and B2C) for lower cost. The first wave of APIs in Europe was disappointing in terms of quality of data provided. Why? Banks produce a lot of data but they do not know how to use and leverage it unlike the GAFA. Open banking is an opportunity to build new banking services that are customizable to customers thanks to the “platformization” concept. Banks can apply a digital transformation policy by rebuilding a new IT core banking system (open source), by integrating fintech solutions and collaborating with start-ups.”

The vulnerability is a remote code execution (RCE) in PHP 7, the newer branch of PHP, the most common programming language used to build websites. The issue, tracked as CVE-2019-11043, lets attackers run commands on servers just by accessing a specially-crafted URL. Exploiting the bug is trivial, and public proof-of-concept exploit code has been published on GitHub earlier this week. "The PoC script included in the GitHub repository can query a target web server to identify whether or not it is vulnerable by sending specially crafted requests," says Satnam Narang, Senior Security Response Manager at Tenable. "Once a vulnerable target has been identified, attackers can send specially crafted requests by appending '?a=' in the URL to a vulnerable web server." ... But there are also website owners who cannot update PHP or can't switch from PHP-FPM to another CGI processor due to technical constraints.

Facebook’s approach pairs an adversarial autoencoder with a classifier network. As part of training of the network, researchers tried to fool facial recognition networks, Facebook AI Research engineer and Tel Aviv University professor Lior Wolf told VentureBeat in a phone interview. “So the autoencoder is such that it tries to make life harder for the facial recognition network, and it is actually a general technique that can also be used if you want to generate a way to mask somebody’s, say, voice or online behavior or any other type of identifiable information that you want to remove,” he said. Like faceswap deepfake software, the AI uses an encoder-decoder architecture to generate both a mask and an image. During training, the person’s face is distorted then fed into the network. Then the system generates distorted and undistorted images of a person’s face for output that can be embedded into video.

"Being honest and open is the only way to convince cynical employees that you truly want to establish a partnership with them." -- Florence M. Stone