Companies rushing to innovate often make the mistake of starting with an answer. “They don’t take the time to reexamine their early assumptions,” Fonstad said. “Design thinking is all about stepping back and articulating your assumptions. Really take the time to explore.” Fonstad and Ross argue that businesses should borrow from the scientific method of formulating hypotheses: intelligent, articulated guesses that are the basis for taking action and assessing outcomes. Hypotheses are the starting point for a scientific inquiry, and have long helped scientists work through uncertainty, Fonstad pointed out. They emerge from underlying assumptions, and articulate how those assumptions are expected to play out in a given context. 7-Eleven Japan, the most popular retailer in the country for more than 30 years, has successfully used hypotheses to guide growth, Ross and Fonstad said. The company allows salesclerks to hypothesize about what to stock in stores each week, using detailed sales reports to monitor their performance.

During a live chat on Facebook, which was moderated by Zuckerberg, the research center's co-presidents Dr. Joseph DeRisi and Dr. Stephen Quake made the point that scientific progress is often impeded by the high costs of cloud computing services. Apple is spending millions each month on AWS. Enterprises look to optimize cloud spend as costs grow. AWS now makes up more than half of Amazon's revenues. Zuckerberg explained that the Biohub's high AWS bill is often discussed in its meetings, saying: "In our bio board meetings, one of the things we talk about is the cost of the compute, and our AWS bill, for example, is one of the specific points. Let's call up Jeff and talk about this. It's interesting, the bottleneck for progress, in medical research at this point, a lot of the cost for it, is on compute and the data side and not strictly on the wet labs or how long it takes to turn around experiments." ... The Biohub receives billions of dollars in funding from Facebook but LinkedIn co-founder Reid Hoffman is also a big contributor. 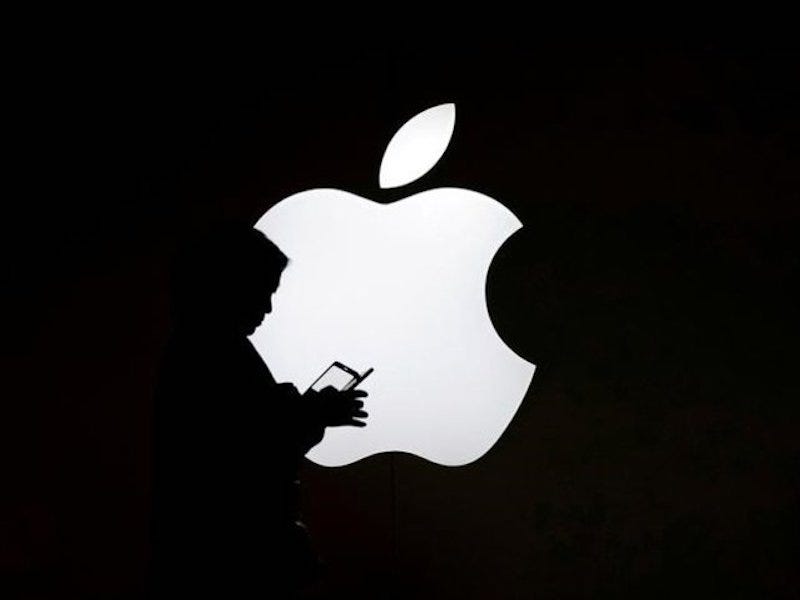 The more recent iPhone hack was a feat that was previously seen as impossible. Not only did hackers infiltrate iOS, they also gained access to a slew of information available on a victim's iPhone: location data, photos, and messages were all up for grabs. Now, a cybersecurity expert predicts even more Apple hacks going forward. Alex Heid, chief research and development officer at the cybersecurity firm SecurityScorecard, told Business Insider that Apple is now a top target for hackers seeking money or power. ... Apple is now one of the predominant platforms across the globe, both for mobile users and on desktop computers. The company took the second-largest share of the smartphone market in the fourth quarter of 2018, with 18% of the global smartphone market share, according to Strategy Analytics. Its broad market share alone makes it a golden goose in the eyes of hackers, Heid said. "Apple has a much larger market penetration now than it did before," he said. "There's more Apple out there."

According to the decree signed by Brazilian president Jair Bolsonaro, the objectives of the database include the improvement in public policy, as well as simplifying data sharing between government departments. The information "will be shared as widely as possible," according to the decree, taking into account any legal restrictions, requirements around information and communications security, as well as Brazil's General Data Protection Act, which will be enforced in August 2020. The database will be operated by different public sector agencies, which may offer and receive access to data. Data sharing will be categorized into three levels: broad, for public data that is not subject to any access restrictions; restricted, for data protected by confidentiality, though access will be granted to all government bodies for the purpose of execution of public policies; specific, applicable to confidential data, with access granted to certain agencies for legal purposes. Initially, data to be added to the database will include details such as name, date of birth, address, parent names, ID, social security and voting card numbers, as well as employment information and details of any companies associated with individuals.

The problem of AI being a one-trick pony dates back decades, long before deep learning took the world by storm. Even as Deep Blue trounced Kasparov in their legendary man versus machine chess match, AI researchers knew they were in trouble. “It’s comparatively easy to make computers exhibit adult-level performance on intelligence tests or playing checkers, and difficult or impossible to give them the skills of a one-year-old when it comes to perception and mobility,” said computer scientist Hans Moravec, who famously articulated the idea that bears his name along with Marvin Minsky and others. Simply put: AIs can’t easily translate their learning from one situation to another, even when they’ve mastered a single task. The paradox held true for hand-coded algorithms; but it remains an untamed beast even with the meteoric rise of machine learning. Splattering an image with noise, for example, easily trips up a well-trained recognition algorithm. Humans, in contrast, can subconsciously recognize a partially occluded face at a different angle and under different lighting, or snow and rain.

The Disruptive Power of Platform-Based Models in Banking

While there are numerous benefits of adopting a platform-based banking model, there are still many challenges. Probably the greatest challenge is existing and potential regulations governing data and privacy. Where the initial benefit of platforms focused on the use of data and advanced analytics, there will almost certainly be a growing number of rules and regulations around the use of consumer data. The banking industry is better positioned than non-banking players to handle this challenge, but overarching regulations will impact all organizations. Not surprisingly, four of five banking executives surveyed by IBM believed there would be challenges associated with regulatory compliance, potentially preventing platform business models from realizing their full potential. This impediment becomes more pronounced when regulators don’t fully understand the dynamics and components of digital transformation. Banking executives who were surveyed also believed that cultural differences between banking and non-banking providers would be a major inhibitor of platform business model development. IBM found that 82% of banking executives thought that trust and transparency between partners would be a key challenge.

A number of Fintech startups show great promise and are quickly earning rising market valuations. Some of these companies have grown, or will grow, to become valued at billions of dollars. For example, Stripe is valued at over $35 billion and Square is valued at $25 billion. Startups in the Fintech space face a number of issues and challenges, from regulatory to fundraising and competitive issues. In this article, we will outline 10 of those key issues and challenges. ... It is important to work with regulators and make sure that you hire a capable team member who is dedicated to understanding the trends, can interface with the appropriate regulatory bodies, and who has a solid understanding of any regulatory impact on your product or the way you market the product. Many countries (such as Singapore, Australia, and the UK) have “Regulatory Sandboxes” that can assist and guide Fintech companies. However, in the United States, Fintech companies must comply with both federal laws and a patchwork of state laws.

We're seeing a lot of people are embracing open source for their personal portfolios. So most developers today will come to the table with a portfolio of products they've worked on. It's not uncommon for developers to come to us and say, "Hey, here's my GitHub account. Take a look." But at the same time I think participation in open source products, projects, is also a key aspect that people can bring to the table in terms of additional credibility and also just being able to showcase what they're able to do in terms of collaborations. In terms of the specific technologies, I think what we're seeing with regards to containerization and Kubernetes that set of technologies is really changing how fast things are moving in the direction of making it easier to deploy software. So, we're seeing a lot of developers spending a lot of time with those skills. The other trend that we're seeing that it's not quite related to technology is remote work.

Beyond the massive pressure CISOs are under to keep their organizations and customers secure, the talent shortage for skilled CISOs means frequent recruitment to new jobs, with offers of up to $6.5 million in salary and profit sharing. Between CISOs being aggressively recruited and a large percentage of the security workforce weighing their employment options — not to mention a growing and increasingly volatile landscape that requires the top security leadership to manage and mitigate — organizations can't afford to make the wrong choice when it comes to hiring (and retaining) a CISO. ... As security moves closer to the center of the organization, leadership and management skills have become just as important as tactical security knowledge and execution. Organizations need to consider whether the CISO candidate would be a cultural fit. Strong CISO candidates will demonstrate the ability to find, hire and retain the right people to execute on security strategy and create a culture in which employees are trusted and empowered security practitioners.

"Visa has decided not to join the Libra Association at this time," a Visa company spokesperson said in a statement to ZDNet. "We will continue to evaluate and our ultimate decision will be determined by a number of factors, including the Association's ability to fully satisfy all requisite regulatory expectations. Visa's continued interest in Libra stems from our belief that well-regulated blockchain-based networks could extend the value of secure digital payments to a greater number of people and places, particularly in emerging and developing markets." A Stripe spokesperson gave a similar statement to ZDNet: "Stripe is supportive of projects that aim to make online commerce more accessible for people around the world. Libra has this potential. We will follow its progress closely and remain open to working with the Libra Association at a later stage." In a statement to ZDNet's sister site CNET, eBay said, "We highly respect the vision of the Libra Association; however, eBay has made the decision to not move forward as a founding member. We are focused on rolling out eBay's managed payments experience for our customers."

"Leadership is just another word for training." -- Lance Secretan

Posted by Kannan Subbiah at 9:41 PM