The age of Big Data has reached an all new high as disruptive and innovative digital technologies push businesses to adapt quickly in a rapidly changing consumer market. The capabilities and agility of big data combined with the scale of artificial intelligence is helping businesses across industries to understand evolving consumer behaviour and preferences, gain business intelligence and apply valuable insights when creating strategies. The convergence of big data and AI is the most significant development for businesses across the globe, enabling them to capitalise on hitherto unexplored opportunities. A major factor accentuating the importance of big data is also the massive volume of, and speed at which data is created through digital technologies and devices, providing businesses with real-time access to information from far more number of sources than ever before.

What CIOs can learn from investors when assessing fintech startups

Whether they understand the inner workings of a fintech, those in charge of the money want a return on their investments – and margins for investors in fintech can be low compared to other segments such as e-commerce, media and software. This means fintechs need a large volume of business to become profitable. However, it is possible to see these investments under a different light. To start with, investors need to consider that the dynamics of customer relationships are often different in financial services, says Degnam. “What’s attractive about financial services is that the scale of the markets is often significantly larger – sometimes in the trillions of dollars – and the customer relationships are generally longer lived. “Where it’s pretty easy for someone to shop at a different retailer, it’s much more difficult for a person to switch providers of their financial products, both in consumer and business markets,” he says. 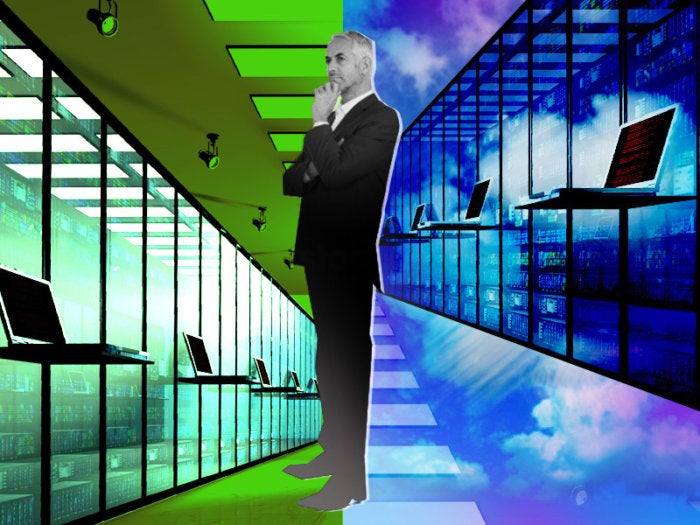 The paradox is that many businesses recognize the gains associated with moving to public or hybrid cloud models, but often do not fully appreciate the strategy necessary to optimize their performance. Fortunately, there are methods to help IT teams better understand how their cloud infrastructure is performing. Cloud infrastructure tools provide IT staff with greater visibility and real-time insight into power usage, thermal consumption, server health and utilization. The key benefits are better operational control, infrastructure optimization and reduced costs, no matter the shape of an organization’s cloud. So as the clouds part, let’s look at some of the ways cloud infrastructure tools can help IT teams in their transition from private to public or hybrid clouds.

The future of artificial intelligence in data centers

AI and ML have the capability to transform how data centers are run. Increasingly, the move toward virtualized and cloud-based platforms means that administrators are struggling to deal with issues. For example, the root cause could be down to any of several items, and the curing of one issue can just shift a problem to a different area on the platform. AI and ML can work from the creation of a known baseline operating condition for a platform and can then monitor any significant change to this -- and can see exactly what has caused that change. Based on empirical knowledge of the multiple different workloads concerned, the system can then automatically decide whether the change requires intervention or whether it should just wait to see if the event calms down and the platform reverts to normal conditions.

To put the provisions of the GDPR in context, I should note the United States and Europe have very different views of data privacy. In the US, we tend to put greater value on free speech—and the right to evidence in litigation—than we do for data privacy. In fact, contrary to what many Americans think, there is no specific right to privacy in the US Constitution. American courts have interpreted certain privacy rights from amendments to the Constitution, including the first 10 amendments, known commonly as the Bill of Rights. However, the original document is silent on the issue of privacy, and it wasn't until 1965 that the US Supreme Court articulated an individual right to privacy when it overturned a state law on contraceptives in Griswold v. Connecticut.

Despite a commitment that the government would use the Data Protection Bill to make it easier for those affected by data breaches to have a clearer right of redress, the letter claims that the bill currently fails to deliver the provisions that are needed.  The letter suggests that implementing Article 80(2) of the GDPR would create a collective redress regime for breaches of data protection law. “This would complement the existing collective redress regime introduced under the Consumer Rights Act 2015 (CRA) which applies to infringements of competition law,” the letter says, arguing that the courts have procedures and practices in place for the CRA, including ensuring only cases that have merit proceed, which could be adapted to apply to an Article 80(2) regime.

Will the end of net neutrality crush the Internet of Things?

Attempts to leverage the new rules might not have be so blatant, though. A carrier might simply tell a company like GE that if it wants guaranteed prompt delivery of the data from its industrial IoT devices, it will have to upgrade to a higher — read, more expensive — tier of service to ensure the required service levels. Given the high stakes, a company the size of GE might be willing go along. But smaller businesses — especially those upstart IoT startups with the cool new ideas might — not be able to afford to pay the freight for premium net access. So, the data from its IoT devices might not be delivered for analysis in a timely fashion … or at all. For enterprise IoT users, the initial effect is likely to be higher costs to ensure access and greater uncertainty about the best ways to connect IoT devices.

For years, many IT leaders have outlined and executed security and disaster recovery plans as two separate programs. Now as IT evolves in a cloud era, this approach is beginning to cause serious issues for organizations. The original rationale for separating plans is founded on the idea that security prevents man-made disasters from occurring, with zero focus on recovery. This approach was in no way coordinated with the recovery plans. While the protocols for each might be unique unto themselves, it’s risky to keep security and disaster recovery as separate entities. Even with the best preventative security technology, man-made disasters can and will happen. We see examples of this time and again as major brands are headlined across the globe from widespread outages or ransomware, leaving CIOs scrambling to regain true IT resilience by combining cybersecurity with disaster recovery.

Active Directory came in through Windows servers, VPNs and VLANs came via Cisco, authentication technologies like RSA SecureID were procured and managed by security teams, etc. As a result, everyone has a piece of IAM, but no one owns it across the enterprise.  ESG research indicates that IT infrastructure operations (49 percent) bear the majority of IAM responsibility, but security (31 percent), app management (10 percent), app development (5 percent), and mobile app management (4 percent) teams are leaning in on IAM activities. Yup, when it comes to IAM, many organizations could be considered a jack-of-all-trades and a master of none. IAM is a prisoner of the cybersecurity skills shortage. Security teams will be responsible for Internet of Identities policy enforcement, controls and end-to-end monitoring, but this oversight may be impacted by the global cybersecurity skills shortage.

For us to understand the influence of business intelligence in today’s world, we need to understand the meaning of the term itself. When we separate the words, ‘business’ is defined as trading activities that involve buying and selling goods or services. ‘Intelligence’ is seen as a ‘collection of information which is perceived to be of certain value,’ in this case, economic and financial value. Combining both words gives us a clear definition of what business intelligence is about, but with a slight catch -the collection PLUS analysis of information, strategies, and software that is perceived to be of great economic and financial value for those who are at their receiving end. This collection of valuable information is subject to modifications with time as software get more efficient and better ways are discovered to enhance smooth trading transactions.

"Open Leadership: the act of engaging others to influence and execute a coordinated and harmonious conclusion." -- Dan Pontefract

Posted by Kannan Subbiah at 9:47 PM