From what we knew about Lean, we felt it was something that could help us get a grip again on this flow to better deliver on our mission. But we also knew that Lean applied well on activities that were already processed with an important flow of "pieces" and short cycle times. And we were completely aware that Enterprise Architecture is different in essence, since it is essentially an upstream activity where you produce abstract artifacts like plans and designs, and no concrete items. Furthermore, there is also some fuzzy logic in what architects deliver, because measuring the "quality" of an architecture is a challenge and can involve very long cycle times. At first sight, none of this was very compatible with Lean. But we had other IT teams at SwissLife which had already conducted successful Lean projects in the past, and we have had good contacts with the Lean coaches who had led them. So we decided to give Lean a go!

Competing in the Age of AI 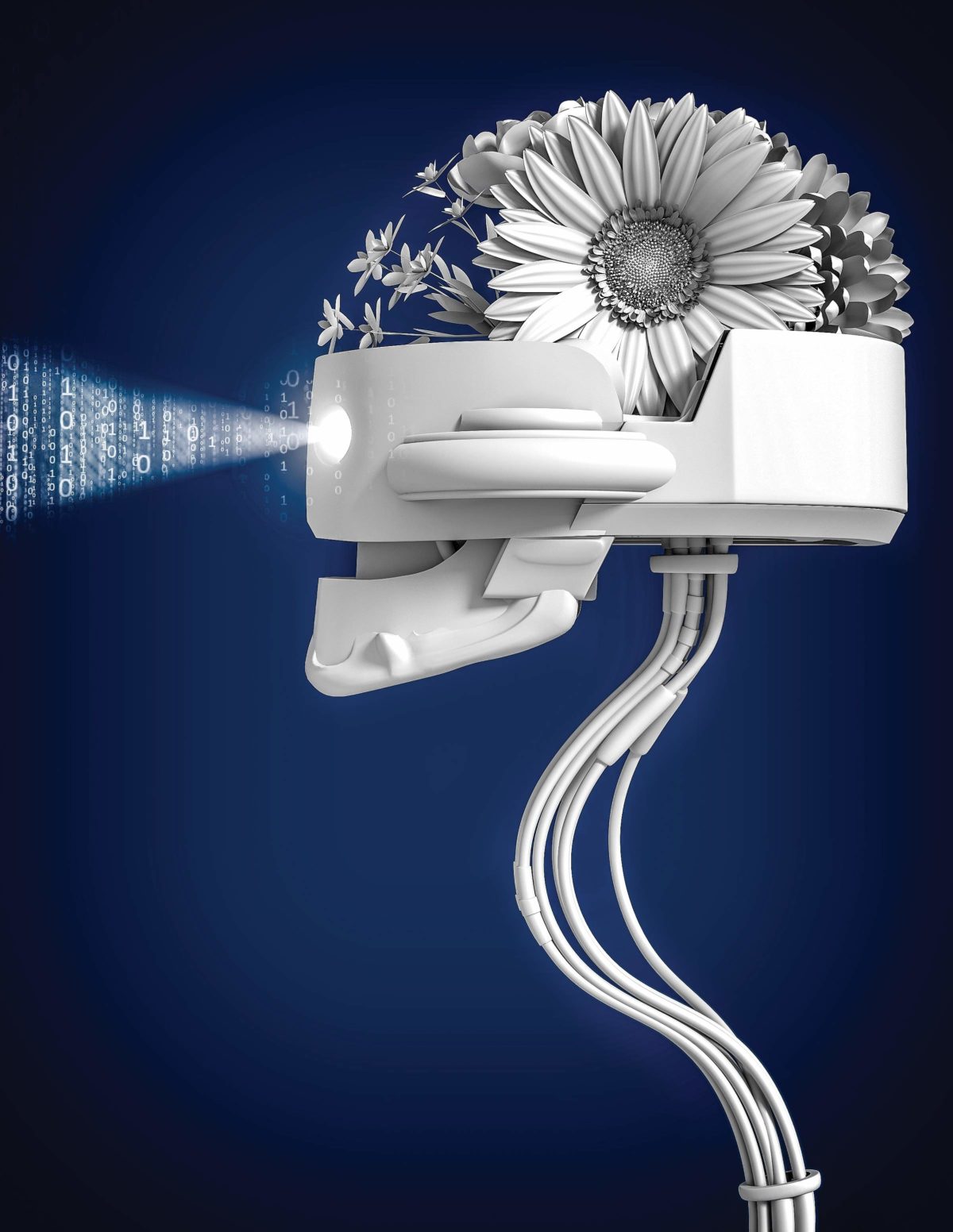 Oddly enough, the AI that can drive the explosive growth of a digital firm often isn’t even all that sophisticated. To bring about dramatic change, AI doesn’t need to be the stuff of science fiction—indistinguishable from human behavior or simulating human reasoning, a capability sometimes referred to as “strong AI.” You need only a computer system to be able to perform tasks traditionally handled by people—what is often referred to as “weak AI.” With weak AI, the AI factory can already take on a range of critical decisions. In some cases it might manage information businesses (such as Google and Facebook). In other cases it will guide how the company builds, delivers, or operates actual physical products (like Amazon’s warehouse robots or Waymo, Google’s self-driving car service). But in all cases digital decision factories handle some of the most critical processes and operating decisions. Software makes up the core of the firm, while humans are moved to the edge. Four components are essential to every factory. The first is the data pipeline, the semiautomated process that gathers, cleans, integrates, and safeguards data in a systematic, sustainable, and scalable way. The second is algorithms, which generate predictions about future states or actions of the business.

The big problem for all of us is that, if such an organization may turn strong enough to take enough control of the recruiting market, we may have to join, pay and play by its rules to be able to profess at all. This is also the case of some standards today which, while they provide no returns, have monopolized the training and certifications market reducing them to worthless diploma mills. Having jumped at an apparently good cause, delivering standards to the profession, an organization may cause a lot of grief later on to all of us. Think of the cost on you for refusing to adopt the standard, be trained and certified in it. It’s bad we cannot do anything about this. The good old detective question "cui bono" illustrates if not solves the dilemma of such standards showing that the organizations promoting the standards win much more than the EA community and the ultimate customers, the companies on this world. Now, does EA warrant, as such, a code of ethics and an associated organization to police the entry to and the execution of the profession?

2020 will be a challenging year for challenger banks

There are a few basic features that separate challenger banks from legacy retail banks. Signing up is extremely simple and only requires a mobile app. The mobile app itself is usually much more polished than traditional banking apps. Users receive a Mastercard or Visa debit card that communicates with the company’s server for each transaction. This way, users can receive instant notifications, block and unblock their cards and turn off some features, such as foreign payments, ATM withdrawals and online transactions. Challenger banks usually customers promise no markup fees on transactions in foreign currencies, but there are sometimes some limits on this feature. So how do these companies make money? When you pay with your card, banks generate a tiny, tiny interchange fee of money on each transaction. It’s really small, but it could become serious revenue at scale with tens of millions or hundreds of millions of users. Challenger banks also offer other financial services like insurance products, foreign exchange or consumer credit.

An explosive leak of tens of thousands of documents from the defunct data firm Cambridge Analytica is set to expose the inner workings of the company that collapsed after the Observer revealed it had misappropriated 87 million Facebook profiles. More than 100,000 documents relating to work in 68 countries that will lay bare the global infrastructure of an operation used to manipulate voters on “an industrial scale” are set to be released over the next months. It comes as Christopher Steele, the ex-head of MI6’s Russia desk and the intelligence expert behind the so-called “Steele dossier” into Trump’s relationship with Russia, said that while the company had closed down, the failure to properly punish bad actors meant that the prospects for manipulation of the US election this year were even worse. The release of documents began on New Year’s Day on an anonymous Twitter account, @HindsightFiles, with links to material on elections in Malaysia, Kenya and Brazil.

Neuro-symbolic A.I. is the future of artificial intelligence. Here’s how it works

Neuro-symbolic A.I. is not, strictly speaking, a totally new way of doing A.I. It’s a combination of two existing approaches to building thinking machines; ones which were once pitted against each as mortal enemies. The “symbolic” part of the name refers to the first mainstream approach to creating artificial intelligence. From the 1950s through the 1980s, symbolic A.I. ruled supreme. To a symbolic A.I. researcher, intelligence is based on humans’ ability to understand the world around them by forming internal symbolic representations. They then create rules for dealing with these concepts, and these rules can be formalized in a way that captures everyday knowledge. If the brain is analogous to a computer, this means that every situation we encounter relies on us running an internal computer program which explains, step by step, how to carry out an operation, based entirely on logic. Provided that this is the case, symbolic A.I. researchers believe that those same rules about the organization of the world could be discovered and then codified, in the form of an algorithm, for a computer to carry out.

Common Coding Mistakes You Should Avoid

According to the single responsibility pattern, a function should only be responsible for doing one thing. And one thing only. I’ve seen way too many functions that fetch, process, and present data all in one function. It’s considered better programming to split this up. One function that fetches the data, one that processes it, and another one that presents the data. The reason it is important to keep a function focused on a single concern is that it makes it more robust. Let’s say that in the foregoing example the data got fetched from an API. If there is a change to the API—for example, there is a new version—there is a greater danger that the processing code will break if it is part of the same function. This will most likely cause the presentation of the data to break as well. ... We’ve all seen entire blocks of code containing multiple functions being commented out. No one knows why it’s still there. And no one knows if that block of commented-out code is still relevant. Yet, no one deletes that block of code, which is what you should really do with it.

A change management policy refers to a formal process for making changes to IT, software development and security services/operations. The goal of a change management program is to increase the awareness and understanding of proposed changes across an organization, and to ensure that all changes are conducted methodically to minimize any adverse impact on services and customers. A good example of an IT change management policy available for fair use is at SANS. An organization’s information security policies are typically high-level policies that can cover a large number of security controls. The primary information security policy is issued by the company to ensure that all employees who use information technology assets within the breadth of the organization, or its networks, comply with its stated rules and guidelines. I have seen organizations ask employees to sign this document to acknowledge that they have read it (which is generally done with the signing of the AUP policy). 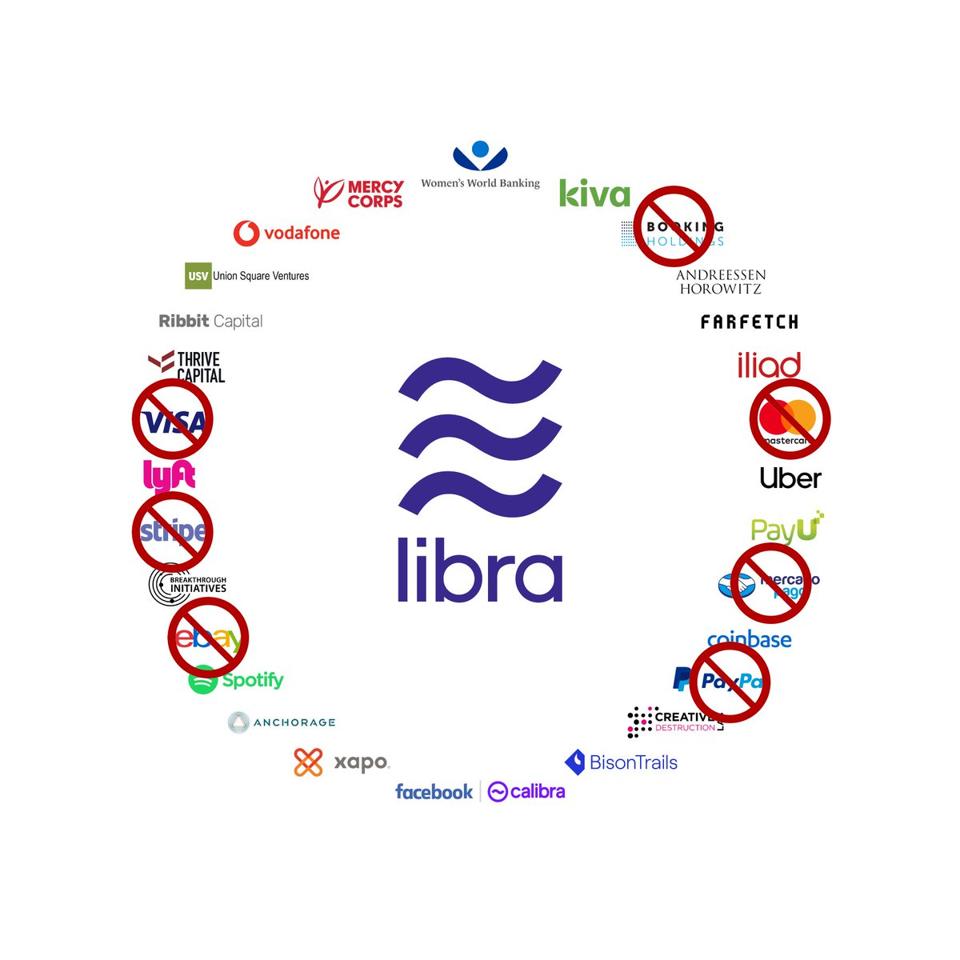 As interest in digital assets grows, the infrastructure for securely holding and keeping bitcoin and other cryptocurrencies in a regulated and compliant manner is considered one of the major challenges for any institutional newcomer, regardless of size and trading volume. In 2019, we saw the entrance of significant players, as both Bakkt (backed by ICE and the NYSE) and Fidelity Digital Assets are able to provide safe-keeping and custodian services on top of other services. Additionally, custody was a hot topic throughout 2019, as we saw startups like Trustology trying to get in and hope for market share while the traditional asset managers and custodians like Vanguard, State Street, and Northern Trust were slowly building products, solutions, and partnerships. In retail banking, and especially in the back-office services of settlement, reconciliation, transaction audit, and visibility, the most interesting developments in 2019 centered on stablecoins and CBDCs. We saw the launch of projects like J.P. Morgan’s own stablecoin and Utility Settlement Coin/Fnality, which is backed by banks like UBS, Barclays, and BNY Mellon, among others.

Posted by Kannan Subbiah at 9:39 PM