Separating Science Fact From Science Hype: How Far off Is the Singularity?

First, on a hardware level, we are hitting the ceiling of Moore’s law as transistors can’t get any smaller. At the same time, we have yet to prove in practice that new computing architectures, such as quantum computing, can be used to continue the growth of computing power at the same rate as we had previously. Second, on a software level, we still have a long way to go. Most of the best-performing AI algorithms require thousands, if not millions, of examples to train themselves successfully. We humans are able to learn new tasks much more efficiently by only seeing a few examples. The applications of AI [and] deep learning nowadays are very narrow. AI systems focus on solving very specific problems, such as recognizing pictures of cats and dogs, driving cars, or composing music, but we haven’t yet managed to train a system to do all these tasks at once like a human is capable of doing.

What is TOGAF? An enterprise architecture methodology for business 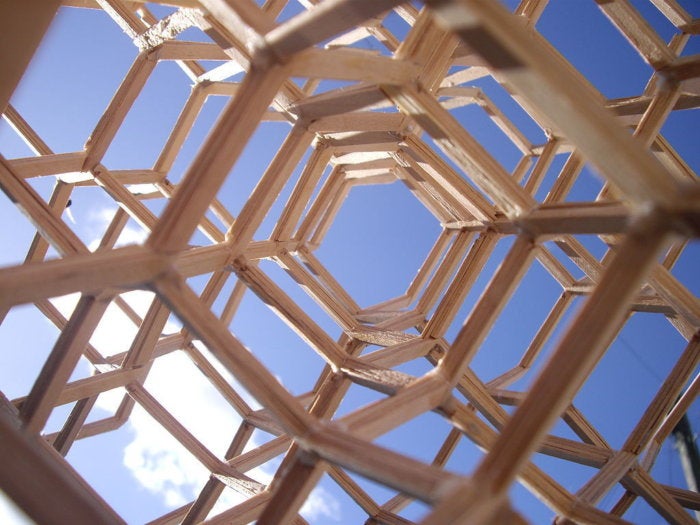 TOGAF helps organizations implement software technology in a structured and organized way, with a focus on governance and meeting business objectives. Software development relies on collaboration between multiple departments and business units both inside and outside of IT, and TOGAF helps address any issues around getting key stakeholders on the same page. TOGAF is intended to help create a systematic approach to streamline the development process so that it can be replicated, with as few errors or problems as possible as each phase of development changes hands. By creating a common language that bridges gaps between IT and the business side, it helps bring clarity to everyone involved. It’s an extensive document — but you don’t have to adopt every part of TOGAF. Businesses are better off evaluating their needs to determine which parts of the framework to focus on.

The increasing investment in cyber security professionals across all industries has often been attributed to the growing number of high-profile cyber attacks over the past year, which have brought attention to the importance of being prepared for these occurrences. In London, a professional in a head of information security role with 10 or more years of experience can expect an annual salary of between £105,000 and £170,000 a year – an increase on a London-based head of information security salary of between £95,000 and £155,000 in 2017. Though the annual salaries for these roles in other parts of the UK, such as the Midlands and the North of England, are lower on average, there has still been a significant increase in the total yearly remuneration for cyber-based roles from 2017 to 2018.

Big Data Isn’t a Thing; Big Data is a State of Mind

Big Data is about exploiting the unique characteristics of data and analytics as digital assets to create new sources of economic value for the organization. Most assets exhibit a one-to-one transactional relationship. For example, the quantifiable value of a dollar as an asset is finite – it can only be used to buy one item or service at a time. Same with human assets, as a person can only do one job at a time. But measuring the value of data as an asset is not constrained by those transactional limitations. In fact, data is an unusual asset as it exhibits an Economic Multiplier Effect, whereby it never depletes or wears out and can be used simultaneously across multiple use cases at near zero margin cost. This makes data a powerful asset in which to invest ... Leading organizations that embrace digital transformation see data and analytics as a business discipline, not just another IT task. And tomorrow’s business leaders must become experts at leveraging data and analytics to power their business models.

Pricing is an incredibly complex science and art that takes years to master -- there are hundreds of variables to take into consideration and today's sales process moves faster than ever before. The best price does not always mean the highest price -- it means finding the right price point at which the customer feels that they are getting a good value while capturing that value for the vendor as well. Sales reps are always juggling at least three priorities on any given deal: the customer's satisfaction in the value they're getting; the speed in which they close the deal; and the best price for the company. No human can effectively balance these priorities on their own keeping in mind the different variables -- and its especially difficult for newer sales reps who are just starting off their sales careers. Very few tools drive these pricing conversations effectively. It's equally difficult for sales managers, who have very little data-driven insight into the pricing stages of deals.

These firms have historically maintained a rich history of customer transactions and activity for what can be very high-value customer relationships. Leading firms in sectors such as healthcare, life sciences, media, and manufacturing are also represented. 2018 survey participants included bellwether firms American Express, Bank of America, Capital One, Charles Schwab, CitiGroup, Fidelity Investments, Ford Motors, Goldman Sachs, JP Morgan, IBM, Wells Fargo, and VISA, among nearly 60 industry leaders. In spite of the common recognition of the need for a Chief Data Officer, there appears to be a profound lack of consensus on the nature of the role and responsibilities, mandate, and background that qualifies an executive to operate as a successful CDO. Further, because few organizations -- 13.5% -- have assigned revenue responsibility to their Chief Data Officers, for most firms the CDO role functions primarily as an influencer, not a revenue generator.

Demystifying Artificial Intelligence and addressing these concerns on the future of human work and employment Mr. Binay Rath, Director, APAC Alliances and Channels, Oracle Health Sciences GBU, mentioned that the benefits of AI is clear so instead of being concerned about the threats of AI we need to first understand what AI is and what its potential will be. Followed by which, ethical policy frameworks need to be in place for the operation of machines and AI automated systems. Mr. Nishith Pathak, Vice President at Accenture Labs India and author of many books on AI, echoed similar sentiments. Citing the example of Postal Services he said though we do not write letters nowadays but postman and post offices have not gone redundant; they have a different role to play with a different set of responsibilities. Likewise some low level programming jobs may go and instead data scientists will be in huge demand.

Why You Need To Keep Learning In Data Science

It is by no means a static profession, you can apply your skills to an array of different industries and domains, so knowledge on the area you work in is key so that you are able to derive the most valuable insights out of your data. With so many businesses hiring for and building out data science teams, it’s important that you have knowledge of the business you’re working in, or if you’re looking to move jobs – the one you’re wanting to make a move into. The job role is so much more than numbers and big data sets, it’s about contributing to the bigger picture, solving problems for businesses and individuals alike. Continuing your education in Data Science and all related facets within the field throughout your career will benefit your working life greatly. This real-world application of your work requires constantly learning new skills, technologies, and approaches.

“The government must now bring forward changes to the Investigatory Powers Act to ensure that hundreds of thousands of people, many of whom are innocent victims or witnesses to crime, are protected by a system of independent approval for access to communications data,” said Watson after the verdict. In a 10-page judgment, the Court of Appeal ruled that it is unlawful for the government to access private communications data retained by phone companies and internet service providers, for reasons that fall short of fighting serious crime, or without a prior review from a court or an independent watchdog. ... The proposals limit the ability of senior police officers, and officials at the Department for Work and Pensions and HM Revenue and Customs, to authorise their own access to communications data, requiring permission from a new authorising body, the Office of Communications Data Authorisation.

According to new research from Embry-Riddle Aeronautical University, during a disaster, escapees are more likely to look for an exit they saw earlier, even if it's farther away, or follow a crowd, even if it means they'll be moving slowly. As evidenced by the unfortunate number of disasters that happened last year, this "panic behavior," if unassisted, can result in fatalities and many injuries.  The rise in incidents that require emergency evacuations, such as airport and concert shootings, hurricanes, and terrorist attacks, has a team of students and professors at Embry-Riddle Aeronautical University’s Daytona Beach Campus employing parallel computing to tackle a topic with very little existing research. Their goal is to analyze human behavior in emergency evacuations from places like airports and other enclosed areas to help create more efficient evacuation policies and save lives.