One recently proposed solution to this is Pocketinns, which aims to disrupt this space by acting as a collection of marketplaces. Nearly anything you can think of would be available on the platform – its goal is to turn all the current monopolies on their heads by providing a safer, secure alternative platform by offering the same quality promised by these giant corporations.The company already has a home sharing and vacation rental marketplace active and live in Europe with 50,000 properties and is looking at adding another 250,000 properties in the next few months and all of this happens at zero percent commission. Pocketinns looks to follow the monthly subscription model by offering multiple services on one single platform.In addition, the future vision includes building an internal financial network used to support the internal transactions which include payment processors, remittances, banking, etc.

20 Years On - Open Source Hasn't Changed The World As Promised

This chicken-and-egg conundrum is starting to resolve itself, thanks to the forward-looking efforts of Google, Facebook, Amazon, and other web giants that are demonstrating the value of open-sourcing code. Although it’s unlikely that a State Farm or Chevron will ever participate in the same way as a Microsoft, we are starting to see companies like Bloomberg and Capital One get involved in open source in ways they never would have considered back when the term “open source” was coined in 1997, much less in 2007. It’s a start. Let’s also not forget that although we have seen companies use more open source code over the past 20 years, the biggest win for open source since its inception is how it has changed the narrative of how innovation happens in software. We’re starting to believe, and for good reason, that the best, most innovative software is open source.

Why you’ll fire Siri and do the job yourself

ObEN’s PAI approach is one answer to the question of how virtual assistants with agency might function. We’ve assumed for years that virtual assistants will do more than just answer our questions, which is mostly what they do today. Future virtual assistants should buy things, negotiate fees, automatically remind co-workers of their deadlines and more. Consider Amy, the x.ai virtual assistant. Amy is A.I. that interacts via email and schedules meetings. Amy has a personality and can make decisions in an email conversation, such as the meeting participants and the Amy virtual assistant negotiating available times for meetings. Amy is a virtual person, and many people who encounter Amy assume they’re interacting with a real human. If our virtual assistants are to be “personalities” like Amy, they could also be virtual representations of ourselves. This approach is actually more transparent than the A.I. that’s currently used. 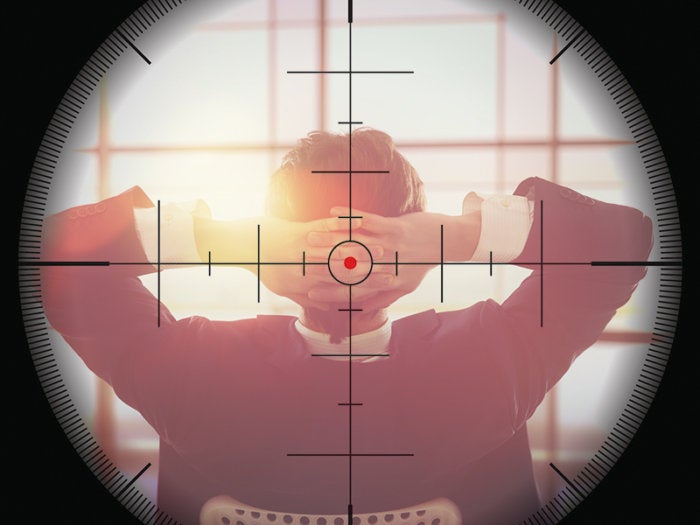 “Executives need to internalize that they are targets,” says Bill Thirsk, vice president of IT and CIO at Marist College. “Cyber attackers take time to watch, plan, practice, hone, and harden their art before going after a high-value target. Attackers have the luxury of stealth, time, duplicity, and multiple platforms for designated random attacks — all of which work against normal human behavior, curiosity, and the need for connectedness.” An executive’s “digital footprint” needs to be understood and gaps must be closed as a matter of practice, Thirsk says. Social accounts should be registered, confirmed, and monitored, he says. But getting executives to buy into protection is a challenge. “Every statistic I’ve seen shows that executives are the least likely to adhere to policies that they expect everyone else to follow,” says Paul Boulanger, vice president and chief security consultant at SoCal Privacy Consultants. “In part, this is because they are the people most willing to sacrifice security for convenience.”

IT service management effectiveness hampered by lack of metrics

According to the study, the increasing demand placed on IT operations is resulting in teams taking on more work than they can handle. Axelos found that this could be having a negative effect on their reputation. “Despite struggling to keep up with demand and working beyond realistic expectations, they are still perceived as delivering poor performance,” the report stated. IT operations and development teams said they wanted to eliminate inefficient practices. The study found that 55% of ITSM professionals who took part in the survey showed an interest in identifying and eliminating wasteful work through the use of continuous service improvement, DevOps and agile practices. Axelos found that larger organisations tend to recognise lack of visibility as a problem, while smaller organisations struggle more with inefficient processes and understanding customer needs.

AI Begins to Infiltrate the Enterprise

The data that feeds AI systems can also present obstacles. "The gathering and curation of data is a key challenge," said Patience. "We see that over and over again, where either organizations don't have enough data, or they have it and can't get access to it.” Then there are the problems with the technology itself. While AI research has advanced incredibly quickly in recent years, we still don't have a general artificial intelligence that truly thinks and learns the way humans do. As a result, human interactions with AI are sometimes less than satisfactory. "The 'klutziness,' if you will, of a computer itself is a serious challenge," Hadley said, adding, "The opportunities for mistakes and disasters from the point of view of the customer experience are much more likely." That leads to a bigger issue: trust. "The overarching issue in the whole development of the field is do people trust the results that they get out of a machine?" Reynolds said.

Spectre and Meltdown explained: What they are, how they work, what's at risk

The problem arises because the protected data is stored in CPU cache even if the process never receives permission to access it. And because CPU cache memory can be accessed more quickly than regular memory, the process can attempt to access certain memory locations to find out if the data there has been cached — it still won't be able to access the data, but if the data has been cached, its attempt to read it will be rejected much more quickly than it otherwise would. Think of it as knocking on a box to see if it's hollow. Because of the way computer memory works, just knowing the addresses where data is stored can help you deduce what the data is. ... Spectre and Meltdown both open up possibilities for dangerous attacks. For instance, JavaScript code on a website could use Spectre to trick a web browser into revealing user and password information. Attackers could exploit Meltdown to view data owned by other users and even other virtual servers hosted on the same hardware, which is potentially disastrous for cloud computing hosts.

Don't Use a Blockchain Unless You Really Need One

Most CoinDesk readers are probably familiar with the usefulness of decentralization in a monetary context (and if you're not, take a look at recent articles about cryptocurrency adoption in Iran, Venezuela, Russia and, ahem, the alt-right). The neutrality, censorship-resistance and openness of a permissionless network mean it will attract the odious along with the oppressed, and the software doesn't decide which is which. But why is decentralization worthwhile in the data use case? "Today, every piece of content and media you have is living somewhere owned by somebody," Ravikant explained. ... Then the conversation took a turn that I have to admit made me roll my eyes at first. "If someone creates a new Pokemon card game or a Magic the Gathering card game" online, he continued, the characters are "living and owned by a certain company in a certain format. You can't just go and reuse those assets."

A lack of quality control and the presence of a host of very old devices on IoT networks might be the most critical security threats, however. Decades-old hardware, which may not have been designed to be connected to the Internet in the first place, let alone stand up to modern-day security threats, creates a serious issue. “You have over 10 billion IoT devices out there already … and a lot of these devices were created in 1992,” noted Sarangan. Moreover, the huge number of companies making IoT-enabled hardware makes for a potentially serious problem where quality control is concerned. Big companies like Amazon and Microsoft and Google make headlines for their smart home gizmos, but the world of IoT is a lot broader than that. China, in particular, is a major source of lower-end IoT devices – speakers, trackers, refrigerators, bike locks and so on – and it’s not just the Huaweis and Xiaomis of the world providing the hardware.

Forget the CES hype, IoT is all about industry

In addition to all the new product previews, this year’s CES is full of summits, seminars, presentations and other sessions devoted to helping consumer products companies make, sell, deploy and monetize everything from smart cars and smart homes to smart cities. But I’m here to tell you that none of that really matters much to the future of the Internet of Things (IoT). Nope, despite the CES hype, the IoT is really all about industrial and business devices, networks and applications. Here’s the thing: The consumer side of IoT is consumed by the faddish and spectacular, not the everyday and useful. Just consider the kind of IoT products that have been featured at CES in previous years: There was the infamous smart toothbrush (expect more of those this year, too), not to mention smart hairbrushes and refrigerators. Not exactly must-haves for most people.