Why security is the top barrier in enterprise cloud adoption

What we see is a bigger and bigger push to not just protect data, but demands to protect identity. That was always a expected quantity inside of companies on our own infrastructures in our own data centers because we needed to protect data and assets of value. But now this is being extended to an expectation for customers that we are doing business with to have securitized access. And this is such a big leap. It's only come into being in the last couple of years with regulations around data protection and privacy, that we need to once again make sure that that customer is who they say they are, in order to be able to ensure the privacy of that data. And this is causing a tremendous disruption in the marketplace, if not from a solution standpoint, it is definitely causing a disruption relative to thinking about architecture, thinking about how security is designed. We were originally designed to protect assets and we have firewalls and perimeters.

What is Big Data and why does it matter for business?

The misuse and mishandling of personal data is currently a hot topic, thanks in large part to the scandal involving Facebook and Cambridge Analytica. Increased regulation around the storage and processing of data is highly likely – indeed, it is already underway in Europe in the form of the General Data Protection Regulation (GDPR), which came into force in May 2018. Many technology areas are reliant on large data sets and any restrictions on their ability to use them could have significant consequences for future growth. ... Within vertical markets such as retail, where a sale can be won or lost in a matter of moments, there is no other way to make the necessary rapid-fire decisions, such as which offer to display for a specific customer as he or she enters a store. These decisions cannot wait for such transient events to be uploaded to the company’s cloud, so cloud providers such as Microsoft are revamping their own platforms to push critical analytics functions, such as predictive artificial intelligence (AI) algorithms, downstream to devices.

"As part of our investigation into the alert, we learned that the individual whose credentials were used had not actually made the query," Sorenson said. At that point, the Marriott staff realized they were dealing with a probable breach, although they didn't know if it was something big or just the beginning of a hack that could be very easily contained before the attackers accessed any user data. The company said it brought in third-party forensic investigators on September 10, to help its IT staff look into a possible breach. The forensic firm's rummaging uncovered malware on the Starwood IT systems less than a week later. "The investigators uncovered a Remote Access Trojan ('RAT'), a form of malware that allows an attacker to covertly access, surveil, and even gain control over a computer. I was notified of the ongoing investigation that day, and our Board was notified the following day," the CEO said. Uncovering the full scope of the attack took significant forensic work, the CEO said.

Gartner on futurology and the year 2035

One definition, explained Frank Buytendijk, is ‘futurism is about postulating possible probable and preferable futures in order to prepare for them.’ But that implies that our role is quite passive — we sit back and wait. He prefers futurology or futurism as ‘the art and science of being able to take responsibility for the long term consequences of actions and decisions today.’ That’s an important definition. It implies we have a responsibility — we can shape and mould the future into an image we might prefer. So he asks the question: “How can we be pragmatic futurists?” Part of the problem is that our view of what the future is can be distorted by the prism of the present. Maybe our futuristic view is framed by rose tinted crystal balls. Maybe it is distorted by whatever is in fashion at any moment. When Gartner asked for a view of the year 2035 five years or so ago, privacy was an overriding theme. In its latest survey, privacy not so much, AI was either mentioned directly or by implication.

If you administer the Apache web server, you know there are quite a lot of things you can do to help improve its security. For example, you could (and should) employ mod_security. You could also hide directory folders, run only necessary modules, limit large requests, restrict browsing to specific directories, and so much more. But there's two, often-overlooked, steps you can take to help give your Apache server a bit more security: Turning off the Apache signature and configure ServerTokens. Why does this help? Simple. If you broadcast your server's specific information, you would be informing potential malicious actors what they're up against. They could know what web server you're using, what version of the web server, the hosting platform, and even more. You don't want that information displayed for all to see. So, how do you obfuscate that information? There are two options to be configured, and I'm going to show you exactly how to set them, so to hide away your server details. ...

The ecosystem of infrastructure, services, tools and expertise listed above turns a simple workload isolation technology into a scalable production platform for multiple applications, batch jobs and microservices. To assess the return on investment for these Capex and Opex charges, review the capabilities each provides. ... Meta-management products appeal to organizations with production containerized application experience, whether on premises or via a cloud service, that now want to standardize on container infrastructure and possibly a PaaS development platform. Within this category of tools is a range of subcategories. Organizations can turn to infrastructure management suites, such as HashiCorp Terraform and Consul, Joyent Triton, Rancher and Mesosphere. Alternatively, PaaS offerings that do the job include Pivotal Cloud Foundry, Red Hat OpenShift and Atos powered by Apprenda.

How to determine if Wi-Fi 6 is right for you 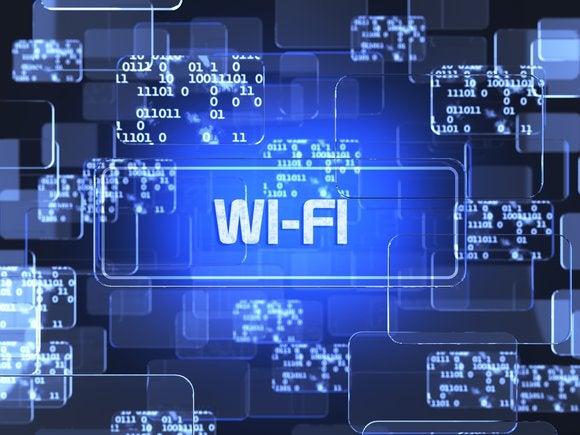 There’s a lot of hype around the next Wi-Fi standard, 802.11ax, more commonly known as Wi-Fi 6. Often new technologies are built up by the vendors as being the “next big thing” and then flop because they don’t live up to expectations. In the case of Wi-Fi 6, however, the fervor is warranted because it is the first Wi-Fi standard that has been designed with the premise that Wi-Fi is the primary connection for devices rather than a network of convenience. Wi-Fi 6 is loaded with new features, such as Orthogonal Frequency Division Multiple Access (OFDMA), 1024-QAM (quadrature amplitude modulation) encoding and target wake time (TWT), that make Wi-Fi faster and less congested. Many of these enhancements came from the world of LTE and 4G, which solved many of these challenges long ago. These new features will lead to a better mobile experience and longer client battery life, and they will open the door to a wide range of new applications that could not have been done on Wi-Fi before. For example, an architect could now use virtual reality (VR) over Wi-Fi to showcase a house.

It's just a graph, making gravitational waves in the real world

The combination of JSON-LD and schema.org has probably done more to spread the use of RDF than anything else. Just getting Google and other search engines to adopt it has lead to an array of use cases. And yet, JSON-LD was hugely controversial in its time in the RDF community. This was not the last controversy the RDF community faced, but it seems like JSON-LD's success may have had something to teach. But we'll get back to that shortly. Property graphs have been around for about 10 years, and have been driven by the industry. As such, you could say they are a reversed mirror image of RDF: Pragmatism rules, tooling is abundant and easy to use, outreach and community building are a top priority, but standardization only came as an afterthought at this point. Most property graph solutions do not have a schema, or have a very basic schema. Just getting data in and out of property graph solutions is an exercise in patience and improvisation -- good luck representing a graph structure in CSV, and mapping that from solution to solution.

Extracting value from data: how to do it and the obstacles to overcome

The most significant obstacle for information sharing exchanges, is whether the law or regulation will allow it. According to the survey, 33% of respondents said they would be unable to adjust to new regulations effectively for data protection and privacy. With certain business models this information sharing would not be easily achievable — under GDPR or CCPA (California Consumer Privacy Act) — unless with the explicit consent of the consumer. ... “A lot of this has to do with how companies are organised: 31% said we are organisationally siloed — the data that belongs to one business unit is locked up in that business unit, it is not shared with other business units — so they’re not getting the full value of their data, just because of the structure,” he says. Another interesting result from the survey was that 30% lack the data scientists or analytical talent, who would have the capabilities to better exploit the data. “So, there’s definitely a talent shortage leaving money on the table for companies,” confirms Cline.

How blockchain will manage networks

Smart Packet Contracts would protect the network from intrusions and so on, and a “Marconi Pipe” would be the channel. It provides the routing and processing. While it’s actually at the data-link OSI Layer 2 (switches, bridges in terms of hardware; and MAC and Ethernet in terms of protocols), it can also overlay on other infrastructure, such as wireless. A barter system, where network resources can be traded for compute resources, say, rounds out the concept. Monitization could indeed be introduced. Another angle is securing the multiple cloud-based systems running in enterprise. It’s a “challenge to make sure [multi-cloud] communication is secure and safe from attacks such as eavesdropping or ‘man in the middle,'" Jong Kim, chief architect of Marconi Foundation and Network World contributor, said in a VentureBeat article in January. “A common network where each connection point securely peers with every other point, regardless of cloud provider or container instance” could be provided with an Ethernet-layer blockchain.