IBM said its Q System One, which has a 20-qubit processor, produced a Quantum Volume of 16, double the current IBM Q, which has a Quantum Volume of 8. IBM also said the Q System One has some of the lowest error rates IBM has measured. That progress is notable, but practical broad use cases are still years away. IBM said Quantum Volume would need to double every year to reach Quantum Advantage within the next decade. Faster progress on Quantum Advantage would speed up that timeline. IBM has doubled the power of its quantum computers annually since 2017. Once Quantum Advantage is hit, there would be new applications, more of an ecosystem and real business use cases. Consumption of quantum computing would still likely be delivered via cloud computing since the technology has some unique characteristics that make a traditional data center look easy. IBM made its quantum computing technology available in 2016 via a cloud service and is working with partners to find business and science use cases.

Another Bitcoin Indicator Signals Price Bottom May Be Forming

Essentially, the MFI validates or confirms price trends. Many times, however, the indicator diverges from the prevailing market trend. For instance, BTC dashed hopes of a long-term bullish reversal with a break below $6,000 on Nov. 14 and hit a 15-month low of $3,122 on Dec. 15. The 14-week MFI also nosedived from the high of 43.00 in mid-November, confirming the sell-off in prices. The indicator, however, bottomed out with a higher low at 22.00, contradicting the lower low in bitcoin’s price. That bullish divergence is widely considered an early warning of a bearish-to-bullish trend reversal. Supporting that argument is the fact BTC snapped its record six-month losing streak with a 10 percent gain in February and the MFI rose from 25 to 44. Other indicators like the moving average convergence divergence (MACD) and the bearish crossover of the 50- and 100-week moving average are also signaling long-term bearish exhaustion. These tools, however, don’t incorporate trading volumes. The MFI, therefore, stands out as a more reliable technical tool.

Historically, many companies have underfunded employee awareness education and training, but that tide largely turned as it became clear that employees with poor security practices were the source of many cyberbreaches. Even so, far too many companies still fail to educate their entire employee base, or to test employee awareness and practices on an ongoing basis. Cybersecurity insurance is a relative newcomer to the security budget mix. Companies have learned that – no matter their defenses – they face high odds of becoming cyberattack victims at some point. Given this awareness, insurance policies are almost certain to capture a growing percentage of the overall cybersecurity budget. However, insurance should be treated as a complement to strong security technology, staffing and education, not as an alternative to them. When making your cybersecurity investments, it’s critical that you direct the funds in a balanced way that addresses all of these security areas. Each one plays a critical role in building comprehensive defenses, and underfunding any of them could prove to be an extremely dangerous and costly error.

No Avoiding the Inevitable: The Time for Cyber Security Analytics is Now

“Most organizations understand security analytics as an elusive cluster of different technologies encompassing ‘a little bit of everything’," said Pavlakis. "While on a top level they are somewhat correct on that respect, they, unfortunately, opt to pick whatever makes sense budget-wise."  Regardless of how organizations approach the security analytics marketplace, approach they will. For example, Gartner's 2019 CIO Agenda Survey found that analytics and cyber security top this year's priority lists among CIOs in the government sector.  In analyzing Gartner's findings, Security Boulevard's Filip Truta suggested that government is actually a late-comer to this realization, and that other industries are already hip to the power of cyber security analytics. "High-profile data breaches have highlighted cybersecurity analytics as a formidable weapon against sophisticated attacks and advanced threats that elude prevention mechanisms at endpoint level," wrote Truta.

Huawei Denies Then Plays The Blame Game Over Cybersecurity Vulnerabilities 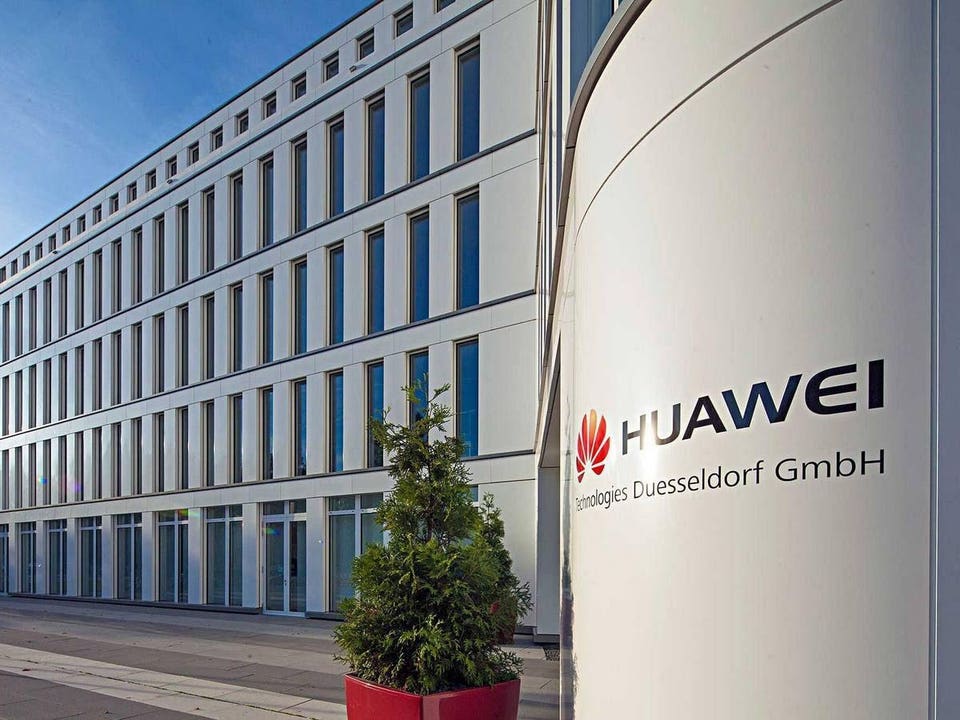 Claims and subsequent action by the United States and other countries have put Huawei, Supermicro, and ZTE under a negative spotlight and the effects have been damaging from a revenue, brand, and loyalty perspective. Although the UK's National Cyber Security Centre (NCSC) deemed Huawei as a "manageable risk," these companies will be challenged to regain their credibility and reputations in the security industry. Although it is nearly impossible to prove the claims against each company, it does force every equipment vendor to determine which side of the fence they are on and perhaps incentivize the industry to make meaningful long-term changes and safeguards—especially as 5G becomes a reality. While these companies are on their heels, rivals like Cisco, Ericsson , Nokia , etc. have a healthy competitive opportunity to grow market share. However, as a wise person once said, “what comes around, goes around” it will be easier for the industry to take care of itself before clueless bureaucrats and politicians do it for them.

Sub-Saharan Africa is the only region in the world where close to 10 percent of GDP in transactions occur through mobile money. This compares with just 7 percent of GDP in Asia and less than 2 percent of GDP in other regions. Most African users now rely on mobile payments to send and receive money domestically. Increasingly, they are taking advantage of new services to also send and receive money internationally. In addition, they use mobile money to pay their bills, receive their wages, and pay for goods and services. Innovation is allowing Africans to move up the “financial services value chain.” From mobile payments, customers in sub-Saharan Africa are gaining access to mobile banking and other services as they open saving accounts, take out loans, purchase insurance, and invest in Government securities or in stock markets with a few touches of their mobile phone. They can even “borrow” electricity and pay later instead of sitting in the dark. New innovations in fintech are proceeding rapidly. New technologies are being developed and implemented on the continent, and they have the potential to yield significant benefits for Africa.

This coworking space is like a horse trailer, but for humans

No one looks forward to a day at the office–no matter how much free cold brew is on tap. We all dream of that digital nomad life, kicking up our feet at the beach while knocking out a day of emails. Mojitos optional. So I very much understand what the South African shared workspace company Work & Co (not to be confused with the New York digital design agency Work & Co) was thinking when it developed the Nova workspace–an office on wheels, which you can rent for $250 a day, and in exchange, the company will tow it to a uniquely beautiful location. I just didn’t imagine that the office would look like this: a horse trailer, but for humans. I mean, don’t get me wrong, there’s effort here! You have velvet upholstery (seating for six!), a hip little wallpapered corner, and plenty of windows for panoramic views of the scenery. You have coffee, shade, and a bathroom–fulfilling the three core components of Maslow’s Hierarchy of Needs When Working Remote. What more could you want?

How to prepare employees for AI's impact on the workforce

"The growth of artificial intelligence and emerging technologies (ET) is poised to reshape the workforce. While the exact impact of AI and ET is unclear, experts expect that many jobs currently performed by humans will be performed by robots in the near future, and at the same time, new jobs will be created as technology advances," said Elizabeth Mann Levesque of the Brookings Institute. Companies can ease employee's concerns about AI adoption by taking these two steps: In my career I've experienced many company reorganizations. The format usually consists of a consultant visit, the vice president explaining that the department is being assessed to maximize workflows and that it will benefit everyone—and then everyone goes back to their desks wondering if they will be laid off. As a junior staff member, I was a lay-off victim in my very first IT job. I did documentation that the consultant deemed it "non-essential." Years later, I still recall the trauma of it. It wasn't getting laid off that hurt. It was going to work and not knowing what would happen next.

In cybersecurity, it’s AI vs. AI: Will the good guys or the bad guys win?

For all its promise, there are areas in which AI adds little value or may even create new vulnerabilities. Machine and deep learning work best when the problem domain is well-known, and the variables don’t change very much. Algorithms are good at detecting variations in patterns but not at identifying new ones. “To say you’re going to find the unknown is really tough,” said Tom Clare, senior product marketing manager at Fidelis Cybersecurity Inc., which specializes in threat detection and response. Changing variables can flummox machine learning algorithms, which is one reason they have so far had limited value in combating malware, the incidence of which has risen fivefold since 2013, according to SafetyDetective.com. Machine learning algorithms “inherently fail because the training set of malware changes too quickly,” said Doug Swanson, chief technology officer at Malwarebytes Corp. “The malware your model will see in the future will end up looking little to nothing like the malware it has seen, and been trained on, in the past.“

It’s worth noting that a lot of advances and services innovation found in hyperscale cloud companies is actually mostly achieved by leveraging the thousands of developers in the open source community, and OpenStack provides a compatible platform for taking advantage of these, and even more advanced developments. The latest advances in distributed databases, containers, Kubernetes automation and scaling, platform as a service (PaaS), artificial intelligence, machine learning, Internet-of-Things and 5G networks are all available on OpenStack – sometimes long before the proprietary cloud vendors can develop systems to exploit these new technologies and make them available across all geographies. As customers embrace hybrid environments, the same technology that can be offered both online can also be implemented in their own data centers. Many companies choose to put their variable workloads in the cloud, while keeping production on-site.

"It takes an influential leader to excellently raise up leaders of influence." -- Anyaele Sam Chiyson

Posted by Kannan Subbiah at 3:12 PM