Misconceptions about the term RPA: would removing a letter from the acronym help?

Removing the ‘robotic’ term may help to alleviate fears of robots taking over; but according to Jon Clark, proposition development at ActiveOps, it is the word ‘process’ which is the problem. “A process can be very wide-ranging and complex and the type of robots we are seeing automate ‘tasks’ within a ‘process’, so I think the ‘P’ in RPA is part of the problem, not the ‘R’. This is a subtle distinction but creates a challenge in terms of perception,” he says. The process of a credit card application for example, is made up of a series of steps such as checking details, credit scores, updating systems, sending confirmation emails and instructing the card printer. “That’s important because people tend to hear ‘process automation’ and think the whole thing will be automated. Unfortunately, it’s not that simple because robots aren’t yet able to do every task in the process,” he states. However, many within the industry believe that the RPA term should remain, and that changing any of the words could cause more problems that it solves.

Voting online, or i-voting, as it is often called in Estonia, takes place during the advance voting period that runs from the 10th until the fourth day before the election. It is not possible to i-vote on election day. The voting process itself is fairly simple. The voter needs a computer with an internet connection and a national ID card or a mobile ID with valid certificates and PIN codes. Once the voting application is downloaded, the software automatically checks if the voter is eligible to cast a ballot and displays the list of candidates according to the region where the voter is registered. After voters make their decision, the application encrypts their vote and it is securely sent to the vote-collecting server. Every vote receives also a timestamp, so if necessary, it is possible to verify later whether the vote was forwarded to the collecting server. As i-voting doesn't take place in a controlled environment like a polling station, the authorities have to ensure that the vote has been freely cast. So, voters can change their choice during the advance voting period digitally or at a polling station, and then the last vote given is the one that counts.

Triton is the world’s most murderous malware, and it’s spreading 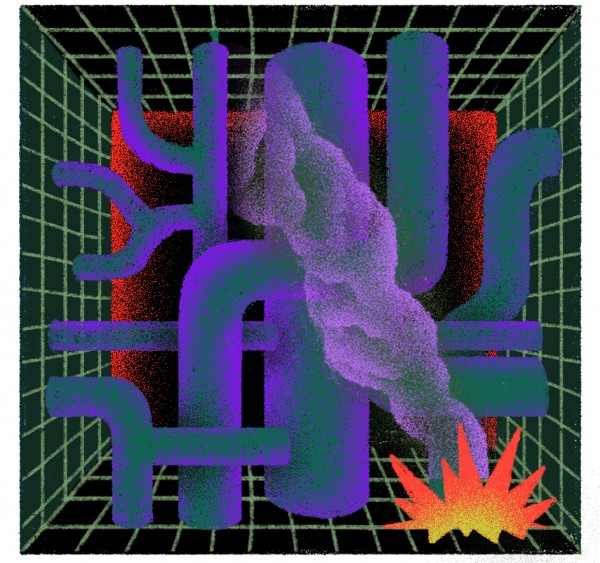 The malware made it possible to take over these systems remotely. Had the intruders disabled or tampered with them, and then used other software to make equipment at the plant malfunction, the consequences could have been catastrophic. Fortunately, a flaw in the code gave the hackers away before they could do any harm. It triggered a response from a safety system in June 2017, which brought the plant to a halt. Then in August, several more systems were tripped, causing another shutdown. The first outage was mistakenly attributed to a mechanical glitch; after the second, the plant's owners called in investigators. The sleuths found the malware, which has since been dubbed “Triton” (or sometimes “Trisis”) for the Triconex safety controller model that it targeted, which is made by Schneider Electric, a French company. In a worst-case scenario, the rogue code could have led to the release of toxic hydrogen sulfide gas or caused explosions, putting lives at risk both at the facility and in the surrounding area.Gutmanis recalls that dealing with the malware at the petrochemical plant, which had been restarted after the second incident, was a nerve-racking experience.

SWIFT is among a groundswell of financial services firms testing blockchain as a more efficient and transparent way of conducting cross-border financial transactions, unhampered by much of the regulatory oversight to which current networks must adhere. SWIFT may also be feeling pressure as more and more firms in financial services pilot, or outright adopt, DLT technology. "There is a lot of competition now," said Avivah Litan, Gartner vice president of research. "If you think about SWIFT, it was just a big banking network that moved money quickly and authenticated users, but it costs a lot to do that. And now there are competing initiatives using blockchain." Litan pointed to J.P. Morgan Chase, CLS Group and Ripple, a permissioned blockchain ledger that moves money using a proprietary cryptocurrency, as prime examples of those developing blockchain for cross-border financial transfers. "Ripple is a competitor in the sense that they are trying to set up a bank-to-bank network," Litan said.

During the RSA panel, security expert Ariel Silverstone reported that as of the end of January, there were 41,000 breaches reported under GDPR that fell within the 72-hour notification window. Additionally, there have been about 250 investigations by the various data protection authorities. Silverstone noted that while GDPR involves all 28 countries of the EU, variations in how each country is implementing the law mean companies could face different penalties. For instance, he described that Germany's interpretation of the law makes a violation nearly a criminal case, while other nations have been reducing fines. Silverstone also pointed out that the California Consumer Privacy Act, which adheres to some of the same principals as GDPR, is offering some of the same consumer protections that Europeans now enjoy. Mark Weatherford, the global information security strategist at Booking Holdings, told the audience that while complying with the GDPR rules is difficult, it's not impossible. Before his current job, he worked at a startup that needed to come into compliance.

A Practical Intro to Kotlin Multiplatform

Kotlin has enjoyed an explosion in popularity ever since Google announced first-class support for the language on Android, and Spring Boot 2 offered Kotlin support. You’d be forgiven for thinking that Kotlin only runs on the JVM, but that’s no longer true. Kotlin Multiplatform is an experimental language feature that allows you to run Kotlin in JavaScript, iOS, and native desktop applications, to name but a few. And best of all, it’s possible to share code between all these targets, reducing the amount of time required for development. This blog post will explore the current state of Kotlin Multiplatform by building a simple app that runs on Android, iOS, Browser JS, Java Desktop, and Spring Boot. Maybe in a few years, Kotlin will be a popular choice on all these platforms as well. ... To share Kotlin code between platforms, we’ll create a common module that has a dependency on the Kotlin standard library. For each platform, we’ll support the need to create a separate module that depends on the common module and the appropriate Kotlin language dependency.

How Daimler is using graph database technology in HR

For us, we could see advantages to using graph technology in HR projects because HR data is not isolated, so you don't normally have one person working without a connection to another person. If you look at a company, every time you look at the people working in the company you will see that they all have a connection to other people working in the company, you won't see anybody who is completely isolated. That is one of the reasons why we thought that HR data might be a very good fit with a graph data model. We have started with trying to understand what graph and HR data have in common. ... The second reason, and it's a concrete reason why we created this structured application, is that we created our Leadership 2020 programme at Daimler. We are transforming as a company from the classical, hierarchical structure to a mixture of classic hierarchies and what is called a 'swarm' which is a mixture of the same people working on the same project but coming from different departments and different hierarchies.

Businesses and consumers are reluctant to develop and use blockchain applications in the face of uncertainty over whether they might violate outdated financial laws, the Chamber of Digital Commerce argues in its “National Action Plan” (PDF). Among other things, it calls for “clearly articulated and binding statements from regulators regarding the application of law to blockchain-based applications and tokens.” On Wednesday at the DC Blockchain Summit, SEC commissioner Hester Peirce warned industry advocates to be careful what they wish for. Peirce called the action plan “helpful” and agreed that clear regulatory guidelines are needed. But she cautioned against expecting the government to try to foster innovation, which she said could do more harm than good. Peirce urged patience and cooperation. Regulators are slow, she said, and this technology is complicated: “There’s a learning curve. People at the SEC are trying to learn about this space, and trying to understand where the pressure points are.”

2 reasons a federated database isn’t such a slam-dunk

First, performance. You can certainly mix data from an object-based database, a relational database, and even unstructured data, using centralized and virtualized metadata-driven view. But your ability to run real-time queries on that data, in a reasonable amount of time, is another story. The dirty little secret about federated database systems (cloud or not) is that unless you’re willing to spend the time it takes to optimize the use of the virtual database, performance issues are likely to pop up that make the use of a federated database, well, useless. By the way, putting the federated database in the cloud won’t help you, even if you add more virtual storage and compute to try to brute-force the performance. The reason is that so much has to happen in the background just to get the data in place from many different databases sources. These issues are fixed typically with figuring out good federated database design, tuning the database, and placing limits on how many physical databases can be involved in a single pattern of access. I’ve found that the limit is typically four or five.

How to use process data mining to improve DevOps

Process mining is the data-driven improvement of business processes, and data scientists often use it to suggest ways to enhance performance. Process data mining works for companies and DevOps teams with processes in place, as well as those that still need to create processes. In the first case, people can compare the best practices for their process with what regularly happens within the team. But, individuals at the enterprise level can also use process data mining to establish their processes. Information sources such as event logs give details about how and when people use tools. Process data mining shows people how far away they are from the target of an ideal process, which can also mean it helps people solidify the processes a DevOps team follows. Then, it’s possible to know how to make the most meaningful process-related improvements and discover the things going wrong. ... Process data mining allows for real-time data collection. The companies that successfully use DevOps rely on release cycle metrics that tell them about progress and quality levels.