Cloudops automation is the only answer to cloud complexity

The fact is that most enterprise deal with cloud operations—aka cloudops—using the native tools of their cloud providers. Although that is scalable when you’re just using one public cloud for everything, the reality is that you have to manage traditional systems built within the last 20 years, multiple public clouds, perhaps a private cloud, IoT devices, and data that exists everywhere (with no single source of truth). In other words, a huge mess.  Automation does not save you from having this mess, but it helps a great deal.  First, you need to consider the concept. When you automate cloudops, you’re really looking to remove the complexity by placing an abstraction layers between the complex array of systems,and you the person that needs to operate the technology. ... The trick is focusing on the broader management technology, and the automation that it providers, versus the cloud-native tools that won’t help you beyond a single public cloud.

Unfortunately, while attempting to scale the lofty heights of open data and public goods, the Australian government has again failed to consider privacy implications — something that might be a concern for the 10 percent of Australians that were randomly selected to have their personal data "anonymised" and publicly released. This is no surprise; anonymising data is really, stupendously difficult. Data re-identification issues range from mildly embarrassing to serious and potentially life altering — a quick look at the Australian Medicare MBS data shows how unique some data can be. Ask yourself, what are the consequences of re-identifying the one girl in Queensland aged 5 to 15 who received "Pregnancy Support Counselling Services" — Medicare item number 4001 — in July 2016? What is embarrassing for some could be catastrophic for others.

Cyberwar: A guide to the frightening future of online conflict

There is one key definition of cyberwarfare, which is a digital attack that is so serious it can be seen as the equivalent of a physical attack. To reach this threshold, an attack on computer systems would have to lead to significant destruction or disruption, even loss of life. This is a significant threshold because under international law states are permitted to use force to defend themselves against an armed attack. It follows then that, if a country were hit by a cyberattack of significant scale, they would be within their rights to strike back using their standard military arsenal: to respond to hacking with missile strikes. So far this has never happened -- indeed it's not entirely clear if any attack has ever reached that threshold. That doesn't mean that attacks which fail to reach that level are irrelevant or should be ignored: it just means that the country under attack can't justify resorting to military force to defend itself.

How Technology Is Changing Leadership

This generation of CEOs is notably different from 10 years ago – and more tech-savvy than their predecessors. As the pace of technology change has picked up, CEOs are seeing new business opportunities but are under pressure to provide a better customer experience based on a new set of technologies ranging from data analytics and IoT to cloud computing and robotic process automation. At the same time, consumers are more demanding and have higher expectations for technology to be part of their lives “If the CEO isn’t thinking about how to leverage these disruptors to help drive top-line growth in their business and products, they are going to be left behind.” For many leaders, these technological innovations are making it possible to create more participatory organizations. Collaboration is the cornerstone of modern leadership. Rather than being “in charge,” collaborative leaders blur the lines between “boss” and “worker” and focus on team building, creative thinking

The 4 Top Security Concerns On The Minds Of Millennials

Compared to older generations, millennials are more aware of various threats, and are better able to distinguish between different levels of threats online. For example, millennials are about as cautious as baby boomers when it comes to anticipating an online banking cyberattack, with 19 percent of boomers and 14 percent of millennials believing their bank could be breached. But the generations split on social media, where 63 percent of boomers think social media is especially vulnerable to cyberattacks, compared to 45 percent of millennials. Millennials would rather learn about current threats, and increase their knowledge, than work blindly  ...  Finally, millennials tend to be more trusting of external organizations, putting their faith in major brands that have established a reputation for themselves. This makes them less worried and less active when a breach is announced, and makes them more likely to lean on external vendors to solve internal security concerns.

Executives across many industries are realizing they need to allow users to securely access data efficiently without having to request authorization from multiple systems and to build infrastructure so their teams are fully equipped to handle big data analytics. A hybrid approach allows companies to obtain the cost savings of the cloud while protecting its intellectual property and data on-premises. Digital representations of physical structures, or digital twins, have been used for years in complex 3D renderings. But innovations in data analytics and IoT have pushed advances in 3D modeling to augment business strategies and decision-making in the enterprise. In 2018, more organizations will implement digital twins to visualize complex technologies and achieve new efficiencies with an increasingly digital approach.

There is a long history to having an extensible IDE, probably originating from Alan Kay’s SmallTalk design. There is a range of reasons for wanting to add features: You might be tempted to create a custom color scheme, a tool to automate a mundane task or for moving files around. You might even need a complete support for a new programming language!  ... Some features of the IDE are not accessible from these frameworks, but you can always use them if you fully understand the caveats. I’ll mention these later in this article. To use these features, you first may need to take a look on how the creators of the IDE write their code or maybe even call their internal methods! Some of them are written in C++ but the most interesting bits are in .NET so you won’t need to resort to anything more complex than disassembling .NET assemblies.

DDoS-for-hire services have lowered the barriers of entry for criminals to carry out these attacks, in terms of both technical ability and cost, Ashley Stephenson, CEO of Corero, said in a press release. Now, almost anyone can systematically attack and attempt to take down a company for less than $100. And in terms of IoT risks, earlier this year the Reaper botnet targeted known vulnerabilities in IoT devices and hijacked them, including internet-connected webcams, security cameras, and digital video recorders. Each time a device is infected, the device spreads the malware to other vulnerable devices, expanding its reach. "Cyber criminals try to harness more and more Internet-connected devices to build ever larger botnets," Stephenson said in the release. "The potential scale and power of IoT botnets has the ability to create Internet chaos and dire results for target victims."

Cloud migration: How to know if you’re going too fast or too slow 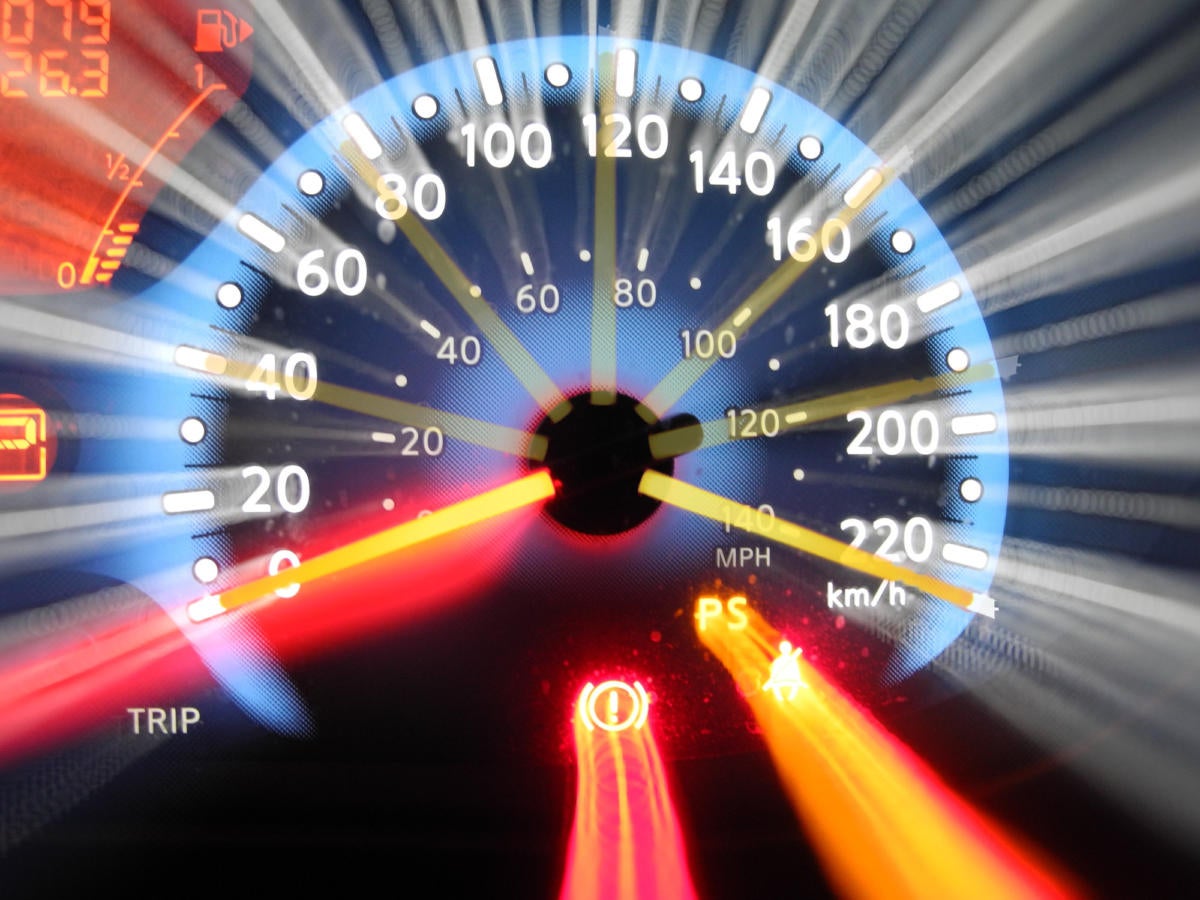 Although a few enterprises are slow to start—and some have to yet to start—their migaations to cloud, many enterprises are blasting forward, with the funding and support to cloud-enable most of their enterprise IT by 2020.  While there may appear to be a party going on and you’ve not been invited, my advice to enterprises is to proceed to the cloud at your own measured place. Indeed, while the growth numbers are impressive, I can’t help but think that some enterprises are moving so fast to the cloud that they are bound to make some very costly mistakes such as not dealing with security, governance, and operations properly for cloud-based systems. I’ve been making a nice living over the last year fixing these.  But the larger danger is that you’re not taking advantage of what public cloud services can offer enterprises IT—and your business.

As AI, Intelligent apps and Analytics are getting more embedded into our lifestyle we are beginning to create technology that has started augmenting human lifestyle. We will see designers integrating and augmenting our everyday activities such as seeing (facial recognition), reading (semantic and sentiment analysis), listening/speaking (conversational interfaces e.g. Alexa, Siri) and emotions (affective computing). It has been predicted that we will have 75 billion connected devices by 2020! These devices will not only be connected, but will be cooperating as part of an intelligent eco-system. These smart devices will be constantly gathering data, connecting and sharing in intelligent ways to solve the desired goals of underlying systems. As AI and Intelligent things proliferate, expect to see a swarm of intelligent agents collaborating and replicating interactions in the real world.


"One of the tests of leadership is the ability to recognize a problem before it becomes an emergency." -- Arnold H. Glasow