With smartphones like these, why do we need laptops?

In a nutshell, it’s a laptop powered by a smartphone processor running a desktop operating system. Specifically, the new Windows 10 laptops that will be built initially by HP, Lenovo and Asus are powered by the Qualcomm Snapdragon 835 processor. This is the same chip that powers high-end smartphones such as the Galaxy S8 and Note8. Microsoft has tweaked Windows 10 to run natively on ARM chipsets. Initially these devices will ship with Windows 10 S, Microsoft’s simplified and locked-down version of Windows. But customers will be able to upgrade free to Windows 10 Pro. While these laptops aren’t as powerful as other Windows laptops available, the smartphone processor inside them enables faster “always-on” LTE connectivity and “all-day” battery life. Microsoft calls the new category Always Connected PCs. This new kind of laptop will eventually prove valuable for certain types of enterprise users.

A layered approach to modern identity

With this shift towards mobile access at work, home and everywhere in between, comes a shift in both user expectations and behaviors. Instant access to information – anytime, anywhere – is the norm, which means our tolerance for friction has greatly diminished. This new attitude allows employees to be more productive and responsive, and even make more informed decisions. However, this digital era consumers have grown accustomed to is built on a house of cards from a security perspective. The apps consumers access at the touch of an icon or the imprint of a finger are all protected with passwords – and with more and more work and personal data moving online, hackers are having a heyday circumventing passwords to get at this information. Implementing more rigorous security seems like an easy next step, but many organizations are slow to adopt new security approaches due to the presumed negative impact on user experience.

An expert's guide to navigating the world of bitcoin

Cryptocurrencies are decentralized projects, so no one is really in charge. There’s no resolution process for disagreements. In August, a group of disgruntled users cloned the bitcoin blockchain and created a new coin called Bitcoin Cash, also known as Bcash. A few months later, people created another clone called Bitcoin Gold. This can be really confusing for new users, because if they download the wrong wallet or buy the wrong coin, they can lose their money. This is also a good thing, that no one is in charge, so people don’t worry about seeking permission before building new features. We’re seeing new developments in digital currencies that protect user privacy, and projects to bring Bitcoin to people without internet access. ... Bitcoin uses public key cryptography, where each bitcoin account has a public key and a private key. The public key is the bitcoin address and the private key is used to authorize transactions.

The Value of Logging within Cloud Native Applications

Software nowadays is no longer a single body of code you can build and test in isolation. Cloud, containers and all this tech obviously provides a lot of advantages, but at the cost of “understandability” (which is maybe the best way to view the term “observability”). The system components are increasingly scattered and remote, and less likely to be under your direct control. This evolution goes hand in hand with devops movement which has changed the way people think about software. There are a lot of teams now who now have “a system they care about”, as opposed to just building a piece of software and “throwing it over the wall to ops”. So “understanding” the behaviour of your software system is now largely only possible in the wild. Most software systems are a composition of other systems that out of your control. Think of your software system as an autonomous car: it has to be put on the road to be tested and improved, but in many ways we’re still building software as if we could test it in the lab.

“We’re allowing users to own their data by creating a personal secure vault where individuals can store their data, and if they choose to share it, they get compensated with tokens to view ads,” Silver says. “So instead of advertising on Facebook to target specific types of users, advertisers can target those users precisely the same way, if not better, by offering them compensation directly.” It’s a new business model for Algebraix, which spent several years developing something that it calls “the algebra of data.” This technology, which was spearheaded by Indiana math professor Gary Sherman, was originally created to speed up big data processing on cloud platforms or parallel clusters running Hadoop and Spark. Now Silver and company are looking to apply their mathematical techniques to workloads running on the Blockchain, the peer-to-peer transactional ledger that provides the technological foundation for cryptocurrencies.

Organizations need to understand that the methods that comprise “Agile” will not solve any pertinent issue in their culture or “the behavior of their employees.” Problems of distrust, lack accountability, respect, or fear of failure are all readily exposed by Scrum( Framework of agile). For instance, the goal of scrum is to produce a potentially releasable product increment in every sprint that often exposes the business to the “technical debt” due to past product development efforts that has not been paid off and lack of quality practices within software engineering. Most of the organizations are not able to deal with these surfacing issues. As they don’t have a neutral party to facilitate their exploration and resolution, most organizations tend to ignore them or consider Agile/Scrum liable to create them. ... In case that mirror reflects back, an organization does not like and blames the “mirror” rather than looking at the objectively provided feedback and evaluating to address it.

How can banks fight cybercrime?

Earlier this year, Nick Cook, the FCA’s head of data and information operations, said that the regulator was “still learning” how to support the adoption of automated, digitised compliance. The FCA reports that the number of successful cyber attacks has risen from 5 to 49 annually between 2014 and 2017. Bain believes that placing confidence into newer forms of security will benefit banks greatly: “Machine learning uses a compound set of algorithms to detect patterns and predict outcomes from a large amount of data online. As such, the self-learning capabilities and ability to recognise patterns and anomalies within them, makes AI and machine learning a great tool to detect cyber security threats.” Bains’ words ring true with Rob Grupperra, the FCA’s head of financial crime, who said that firms are trying to replace humans with AI to detect money laundering, as stated on the FCA’s website. Grupperra mentioned the positive effect such advanced technology would have on firms if they were to replace human monitoring with AI.

The Neuroscience Of Social Learning

A growing body of research is showing that our need to connect socially with other people is as basic as any other survival need. In fact, UCLA professor Matthew Lieberman has challenged Abraham Maslow and his famous hierarchy of needs, placing social needs at the bottom of the pyramid. This makes them more essential than food and water! He explains how our brains have been evolving for millions of years to turn us into the social creatures we are today. That’s why creating social connections in learning can have such an impact. To our brains, it simply feels more natural than learning on our own. There is also a clear link between emotions and learning. Emotions are handled by the brain’s prefrontal cortex, and the same area is used for our memories. In fact, our working memory has been shown to be impaired by negative emotions, such as fear and anxiety. Psychologist Daniel Goleman says that by building social and emotional learning programs, we can pave the way for more effective learning.

Under the earlier patch scheme, users were able to set questionable updates aside - perhaps for further testing, maybe to give Microsoft more time to quash a just-found bug - even as they deployed all other updates. That isn't't possible under the all-or-nothing cumulative regime. Nearly 14 months later, enterprises labor to adapt. "It's elongated the patch cycle," said Chris Goettl, a product manager with client security and management vendor Ivanti, in an interview. He explained that many businesses were forced to postpone all patches, at least on some systems, because a code change included in the cumulative Windows 7 update had broken a critical application. "We're seeing a lot of customers who have not been able to roll out any updates until a problem was resolved, either by Microsoft or a third-party vendor," Goettl said.

Data Science is Plutonium Powerful: Dangerous and Handle With Care 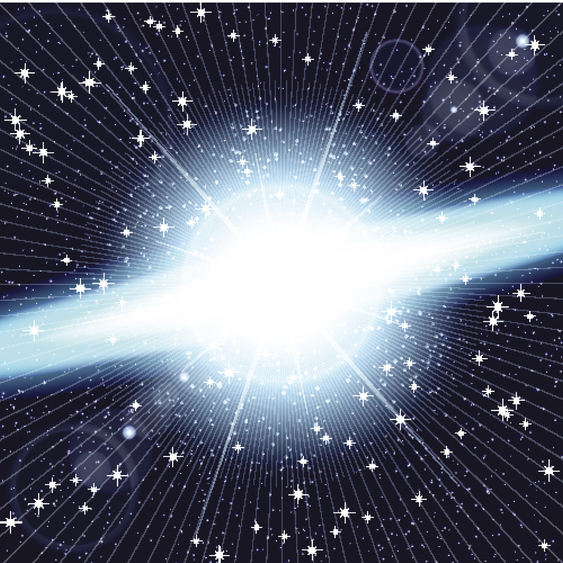 It may seem that business intelligence (BI) is similar to data science (DS). Data science encompasses predictive analytics, machine learning, data mining, and even parts of what is considered to be artificial intelligence. It is routinely touted as improving revenue, profit, and ROI. It is often presented as automated and able to discover knowledge. These huge impacts and the automated nature of many of its applications make DS particularly dangerous. Business intelligence (BI), on the other hand, is used for processing and organizing business data so that it can be adeptly navigated by a competent human data analyst. It supports decision makers in making better and faster decisions. It is not typically relied upon for making decisions directly. Under the hood both BI and DS are about processing data to find patterns that can aid in making business decisions.

"Life is too short to waste time waiting for other people's approval on how you live it." -- Steve Maraboli
Posted by Kannan Subbiah at 10:19 PM