What is Neuromorphic Computing? Let’s Dive Deep Into It

The concept of neuromorphic computing was spearheaded by Caltech teacher Carver Mead during the 1980s. In any case, neuromorphic figuring (also alluded to as neuromorphic engineering) is still in its nascent stages yet continually evolving, and just over the most recent couple of years, it has become feasible for business use cases. To imitate the human brain and nervous system, researchers and scientists are building artificial neural systems that replace neurotransmitters with nodes. One of the hindrances to these systems is the binary nature held by digital processing. CPUs send messages through circuits that are either on or off; there is no space for degrees of subtlety. Unexpectedly, engineers tackled this issue by returning to simple circuits, or basically analog circuits. Accordingly, they have manufactured processors that can moderate the amount of current flowing between nodes, like the fluctuating electric impulses in the brain that structure and modify brain chemistry.

75% of developers worry about app security, but half lack dedicated security experts on their team

This most recent study found that mobile app security is an ongoing problem. Some 43% of respondents said they still prioritize meeting their app release deadlines over security measures. With pressure to deliver functional apps by certain dates, coders either disregard security or take shortcuts to meet the deadline, the report found. Nearly 60% of developers said they are aware security should be a priority, but the pressure of meeting a deadline prevents them from treating it as such. Because of these pressures, more than half (52%) of respondents said they've experienced burnout. Burnout can be detrimental to an employee's physical and mental health, as well as have a negative impact on job performance, according to the report. "While developers' concerns about securing their code are on an upward trajectory, it's clear the industry has a long way to go. Developers are on the front lines when it comes to protecting their organizations from cyberattacks, and they need the right tools and training to handle this burden," Joseph Feiman, chief strategy officer at WhiteHat Security, said in the press release.

Slack: Microsoft Teams not only copies our product but our ads too

Microsoft this week announced that its answer to messaging platform Slack, Microsoft Teams, now has 20 million daily active users (DAU), making it almost twice the size of Slack. Teams has achieved that in just two years since its launch, thanks in part to being bundled with Office 365. Slack has argued that DAUs don't reflect user engagement and says users from its paid customers spend more than nine hours a day connected to Slack, and more than 90 minutes per day actively using it. Microsoft defines DAUs as "as "the maximum daily users performing an intentional action in the last 28-day period across the desktop client, mobile client and web client". Needless to say, competition is fierce in the enterprise chat space but Teams is an existential threat for Slack, whereas for Microsoft it is just a part of a much bigger pie in Office 365 and Microsoft 365. In a Twitter post titled 'ok boomer' – a reference to younger generations who feel ripped off by the Baby Boomer generation – Slack draws attention to the similarities between its own ad for the Slack Frontiers conference in April and later promotional videos, and Microsoft's 'The Art of Teamwork' ad, which was published in November.

Connected services and infrastructure is a double-edged sword that helps provide better visibility, efficiency and performance, but is making non-critical infrastructure critical and therefore exposing more of the population to unaffordable risks. The general public is being ‘lulled’ into welcoming the convenience and continuous visibility provided by 5G, though in the event of a disruption, public order could be at stake. The conventional boundaries of critical infrastructure such as water supply, energy grid, and military facilities, and financial institutions will expand much further to other unprecedented areas in a 5G-connected world. All these will require new standards of safety. On the privacy side, matters become more complex. The advent of 5G with its short range will definitely mean more cell communication towers and building antennas being deployed in dense urban centers. With the right toolset, someone could collect and track the precise location of users. Another issue is that 5G service providers will have extensive access to large amounts of data being sent by user devices that could show exactly what is happening inside a user’s home and at the very least describe via metadata their living environment, in-house sensors and parameters.

Does your legal department spark joy?

Historically, when companies wanted to identify deals trends to present to their clients, they deployed teams of junior lawyers to analyze contract databases, a project that could take months. Today, forward-thinking companies with a digital contract repository and basic analytics technology can do a similar exercise in just a few clicks. Digitization and the active life-cycle management of contracts should now be relatively easy tasks to accomplish, not a leap into technology so sophisticated or cutting-edge that expert operators are required. Although many organizations have taken steps to move contracts from filing cabinets into cloud repositories, these actions have often been inconsistently implemented across the company, siloed within individual business units. The legal department, however, intersects with all parts of the business, and thus is in a unique position to oversee contract management. In the life cycle of a typical contract under the old system, the legal team is involved only twice: at the start, in drafting, negotiating, and executing the document; and at the end, in renewal, termination, or management of a dispute.

Should cybersecurity be taught in schools?

It is safe to say that young people are too often unaware of the risks that excessive sharing of photos and posting sensitive information on social media involves, nor do they associate such habits with problems that may ensue, such as grooming, sexting, cyberbullying, and phishing. After all, this is confirmed by findings gathered in a project called “Promoting information security in the school environment” (only available in Spanish) and prepared by the National University of Córdoba, Argentina. As the project’s creators explain, the proliferation of such poor cyber-habits has created the need for parents and educational institutions to actively seek information about privacy and security, notably about various aspects of data protection, cryptography, and prevention from identity and information theft and web-based cyberattacks. Meanwhile, the Computer Emergency Response Team of the National Autonomous University of Mexico (UNAM-CERT) echoes the view in that children and teens don’t have sufficient cybersecurity skills when they complete primary and secondary education. While computing classes do sometimes include aspects of good cyber-hygiene practices, online behavior isn’t thoroughly addressed.

Pegasus like spyware could be snooping on you right now!!

Until the last incident, Pegasus was gaining entry into a user’s mobile, by tricking the user into clicking a link. The user still had control over whether or not to click the link & prevent Pegasus spyware from getting installed. However, in a bold and game-changing move, Pegasus spyware has now been found to exploit a vulnerability in WhatsApp that doesn’t even require any action from the victim. All that it needs to take over the victim’s phone is just make a missed call on WhatsApp and there’s absolutely nothing the mobile user can do to control this. Sounds scary right!! It is. Typically, in this case, users realized that they had been compromised by Pegasus only when WhatsApp sent them a message on its platform notifying them about the same. There are paid/free applications available on App stores (of respective operating system providers) that claim stellar detection capabilities for this insidious spyware. However, there is no clear indication of the success of their functionality. 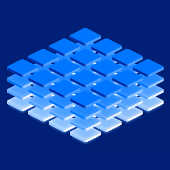 TileDB consists of a new multi-dimensional array data format, a fast, embeddable, open-source C++ storage engine with data science tooling integrations, and a cloud service for easy data management and serverless computations. The developers say traditional databases aren't ideal for data science use as they're not cloud-optimized, while cloud object stores suffer from object immutability, eventual consistency, and IO request limiting. A second problem is that some formats lack sufficient support for efficient data updates. They give the example of updating a Parquet file requiring the creation of a new file, pushing the entire update logic to the user’s higher-level application, and say similar problems arise whenever the update logic is not built into the format and storage engine, but it is rather delegated to higher-level applications. Finally, the developers cite limited scope as a problem, on the basis that most data science applications require at least two separate file formats to handle both array data and dataframes; multi-dimensional arrays for uses such as linear algebra; and dataframes for OLAP operations.

Microsoft has yet to publish formal documentation for this feature. As a result, the implementation has a "black box" feel to it. There's also no obvious way to customize its actions or to replace the built-in lists with third-party alternatives. If you're running the new Edge, you'll find Tracking Prevention on the Edge Settings page, under the Privacy And Services heading. The simple user interface includes an on-off switch for the feature (1), three boxes that define the extent of tracker blocking (2), and a place to manage exceptions (3). By default, Tracking Prevention is turned on, with the Balanced setting selected. According to Microsoft, that setting "blocks potentially harmful trackers and trackers from sites you haven't visited," without breaking functionality in the websites you visit. Bumping that setting up to Strict blocks "the majority of trackers across all sites ... but could cause some websites to not behave as expected." On my Windows 10 test PC, the Trust Protection Lists are located in the current user's profile, at %LocalAppData%\Microsoft\Edge Beta\User Data\Trust Protection Lists\, in a subfolder that identifies the version number of the current lists.

Within the cloud space, AI is being considered for collaboration more and more as the likes of IBM, Amazon and Microsoft delve into this kind of technology. Automated management of hard drive-free data is bound to speed up the process of storage management. Also, AI, with its need for a large amount of processing power, can thrive within the cloud, which is known for its ability to manage large projects with ease. But according to Domo‘s VP of Data and Curiosity, Ben Schein, it’s vital that the agility and speed that AI can provide is balanced with integration and control. To achieve this, Schein said it “comes down to a sense of empathy for the people that have to use intelligence”. He went on to suggest addressing the fear that some employees feel about AI by making it easily accessible and encouraging feedback. “If I’ve been running a store for 20 years, for a retailer, I have a lot of knowledge that’s actually valuable within that setting, and if you’re not setting it up to give that feedback into it, then you’re in trouble,” said Schein.

"People will not change their minds but they will make new decisions based upon new information." -- Orrin Woodward