Exploring Edge Computing as a Complement to the Cloud 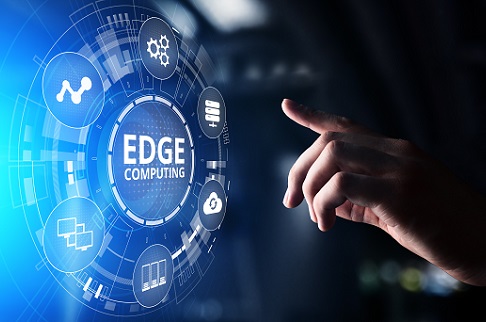 The acceleration of how organizations use edge computing may lead to new possibilities in cloud computing. “[The edge] is a complement to public cloud and your private data center,” said Wen Temitim, CTO for StackPath. “It’s not replacing public cloud.” He said the edge can be where network-sensitive applications run, for example. That will require sizing up how those applications might run differently based on traffic flows and how much of the population needs to be served, Temitin said. “The biggest challenge is rethinking that application architecture.” The first step will be to identify components of the application that need to evolve to run at the edge, he said. The definition of the edge can be relative, Temitim said. For example, hyperscalers and organizations may have a data center-focused edge. Others may see the edge as the collection of Tier 1 carrier hotels where different companies interconnect. Price said Cisco sees different slices of what the edge is; his primary portfolio item is a control center for cellular enablement and management for more than 150 million devices. “The edge is really the devices connecting to the cellular network and managing traffic flows from those customers,” Price said.

Why a Crisis Calls for Bulletproofing Your Applications and Infrastructure

It’s not a time to be taking chances, because any time you have rapid changes in demand, there are a set of ripple effects to other applications — you may get the noisy neighbor effect. In the era of virtualization, you may have had 100 percent of your virtual CPU allocated to your application. If, however, the underlying physical CPU resources were also shared with an unmonitored compute resource hog, your applications would be negatively impacted. The same concepts hold true today, but now it’s writ large in the cloud. Capacity, on-demand cloud architectures are only as performant as the underlying guaranteed, actual resource. Over-size and over-reserve that, and you will waste money. Under-size and you will impact performance — thus, the importance of monitoring everything, all the time. You’ve got extra demands, and it’s impacting your shared infrastructures. The potential for noisy neighbors goes up as you increase your number of apps. It becomes even more imperative to monitor. 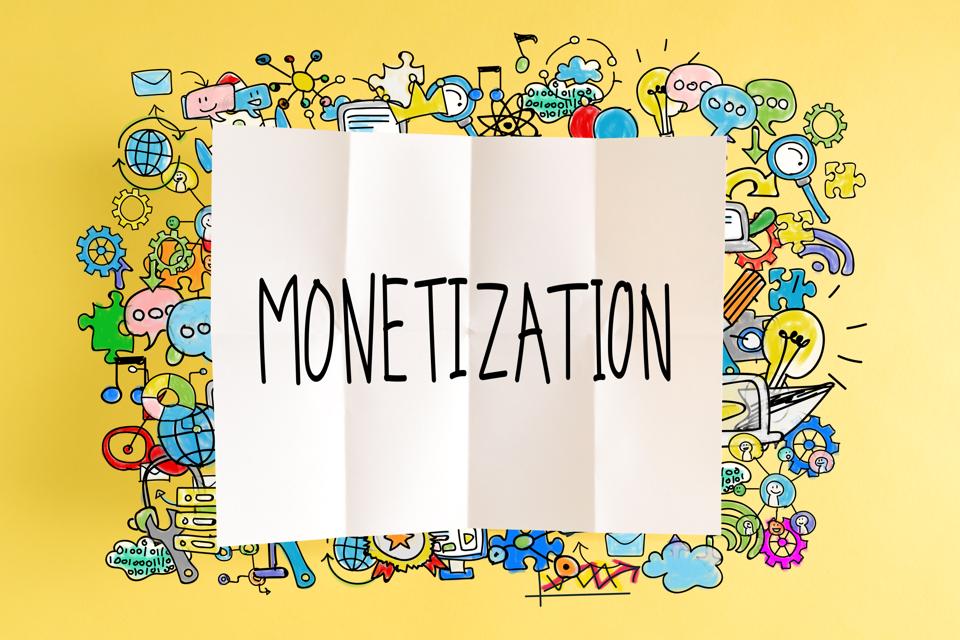 Data and insights don’t have to be sold or exchanged directly. Sometimes baking data or analytics into one of your existing products or services instead can bolster their competitiveness, benefits, and a price premium . For example, a forecasting tool that has access to external datasets such as open data, syndicated data, social media streams and web content, and can automatically generate leading indicators of business performance, will set itself apart from stand-alone “dumb” forecasting tools that consider only a company’s own transaction history. Another good example are IoT-enabled automobile components that continually integrate data collected from other automobiles and drivers, and which can tune their own performance and/or prolong its lifespan. Rather than merely infusing existing products or services with data, go a step further and digitalize them altogether. For example, Kaiser Permanente implemented secure messaging, image sharing, video consultations and mobile apps, and now has more virtual patient visits than in-person doctor visits in some geographies. In addition, it and can get patients with specialists quicker than ever, and 90 percent of physicians say this digitalization has allowed them to provide higher-quality care for their patients. Digitalizing solutions often requires the wholesale redesign of products, services, processes and customer journeys to integrate and take advantage of data.

Refactor vs. rewrite: Deciding what to do with problem software

When a programmer refactors software, the goal is to improve the internal structure of the code without altering its external behavior. For example, developers remove redundant code or break a particularly task-heavy application component into several objects, each with a single responsibility. The Extreme Programming development approach, a concept known as merciless refactoring, stresses the need to continuously refactor code. Theoretically, programmers who refactor continuously make sections of code more attractive with every change. Refactored code should be easily understood by other people, so developers can turn code that scares people into code that people can trust and feel comfortable updating on their own. ... Rather than read and analyze complex, ugly code for refactoring, programmers can opt to just write new code altogether. Unlike refactoring, code rewrites sound relatively straightforward, since the programmers just start over and replace the functionality. However, it isn't nearly that simple. To successfully rewrite software, developers should form two teams: one that maintains the old application and another that creates the new one.

How IT modern operational services enables self-managing, self-healing, and self-optimizing

You don’t need SRE like Google. You need your own SRE.

You are not replacing your current Ops team, your sys admins with software Engineers. You need your ops team. They know how your custom built infrastructure and systems work. They know its idiosyncrasies. They know when Chicago opens to a ticket to say they are offline again, its the network. Yes, its always the network, but the sysadmins know who to ping at Equinix to get it restored pronto. They know how the option trade desk system slows to a grind on Expiration Friday and you just ignore those tickets from traders that day. And even if you wanted to get rid of all the sys admins, can you afford to hire that many software engineers to replace them all? You can barely fill all your open slots on the dev teams. What you need to do is complement your Ops teams with software engineers who can understand what the teams do day-in, day-out and what tasks are repetitive and typical, and then they can develop tools for automated remediation. These software engineers should be embedded in the ops team, not a separate team on the outside. Think Squads.

Crises elevate the demand for data while increasing the risk of data misuse. Data and analytics leaders can overcome the inherent reluctance around data sharing by developing trusted internal and external data sharing programs. One of the ways to do this is to combat privacy shaming. The hype around third parties encroaching on individual data protection is oftentimes played out through that emotional tactic of privacy shaming to deter and even stop data sharing. Often this leads to a one-size-fits-all mentality that data sharing is bad. Data and analytics leaders must overcome this reluctance by aligning privacy practices with business value resiliency, while maximizing societal benefit. Champion a new culture around data sharing that illustrates how applying privacy awareness to decisions involving personal data sharing creates value. Change the emotional response of privacy shaming to one that is grounded in a proper understanding of organizational data protection requirements and policies. Armed with such knowledge, enterprise leaders will be able to better communicate what privacy is and is not. More importantly, they’ll be better able to convey the need to balance personal data rights with the freedom to conduct business and be innovative to solve complex challenges like coronavirus.

Authentication attacks are processes with which a hacker attempts to exploit the authentication process and gain unauthorized access. Bypass attack, brute-force attack (for passwords), verify impersonation, and reflection attack are a few types of authentication attacks. Basic authentication, authorization with default keys, and authorization with credentials are a few protection measures to safeguard our APIs. Cross-site scripts, also known as an XSS attack, is the process of injecting malicious code as part of the input to web services, usually through the browser to a different end-user. The malicious script, once injected, can access any cookies, session tokens, or sensitive information retained by the browser, or even it can masquerade the whole content of the rendered pages, XSS categorizes into server-side XSS and client-side XSS. Traditionally, XSS consist of three types; they are Reflected XSS, Stored XSS, and DOM XSS. Cross-site request forgery, also known as CSRF, sea-surf, or XSRF, is a vulnerability that web applications expose a possibility of the end user forced (by forged links, emails, HTML pages) to execute unwanted actions on a currently authenticated session.


The World’s Best Banks: The Future Of Banking Is Digital After Coronavirus

“Banking has changed irrevocably as a result of the pandemic. The pivot to digital has been supercharged,” says Jane Fraser, president of Citigroup and CEO of its gigantic consumer bank. “We believe we have the model of the future – a light branch footprint, seamless digital capabilities and a network of partners that expand our reach to hundreds of millions of customers.” ... If there’s any doubt that digital-first banks are the way forward, Velez offers a surprising statistic: Since the pandemic began, Nubank has seen a surge in customers aged sixty and over, the types of clients many bankers once believed would never leave traditional branch networks. Over the past 30-days, for instance, some 300 clients above the age of 90 have become Nubank customers. Digital banks rated well in the United States as well. Online-only Discover and Capital One ranked #23 and #30, while neobank Chime ranked #36. All three beat out mega-lenders JPMorgan Chase, #36 and Citigroup #71. The other big four lenders, Bank of America and Wells Fargo, didn’t make the top-75.

To aid in prioritisation of mitigations, Gumbley suggested dot-voting on the threats which have been identified. He suggested that this would "yield good risk decisions for low investment, reflecting the diverse perspectives in the group." Handova wrote that there is "no one-size-fits-all DevSecOps process" across enterprises and development teams. For every risk, he wrote that teams need to "provide the appropriate level of security assurance and security coverage." Handova wrote that this decision may determine whether any resulting investment in security testing will determine the response. That is, whether it is "automated within the DevOps workflow, performed out of band or some combination of the two." Handova cautioned the need to minimise "friction for developers," in order to avoid bypassing security in favour of "expediting coding activities." He wrote of the value of catching security issues "earlier and more easily while developers are still thinking about the code." Handova’s focus was on using test automation to mitigate "the risk of developers not remembering the code context at a later date."
Quote for the day:
"If you really want the key to success, start by doing the opposite of what everyone else is doing." -- Brad Szollose
Posted by Kannan Subbiah at 9:45 PM