CIOs interested in the potential of quantum computing should take stock of early adopters. Volkswagen in March 2017 began using quantum machines from D-Wave Systems to optimize traffic flow for 10,000 taxis in Beijing, China. Volkswagen CIO Martin Hofmann says that his team had to program a quantum chip to address every bit on the chip. "Quantum computing in the next five years will be a dominating technology," Hoffman says. Accenture and 1Qubit are working with Biogen to speed up drug discovery by accelerating the rate at which they can simulate molecules and chemical reactions. J.P. Morgan Chase is working with IBMto use quantum computers for risk analysis and trading strategies. In looking where to apply quantum computing, Brisse says CIOs should identify problems involving large data sets that can't be solved by classic computers, including NP-hard problems, such as the travelling salesman optimization problem. Analyzing death and mortality tables in insurance and calculating risk in securities are a couple of common problems for which Brisse fields inquiries.

While credit card accounts remained the most prevalent targets for new account fraud, there was significant growth in the opening of new intermediary accounts, such as email payments (e.g. PayPal) and other internet accounts (e.g. e-commerce merchants such as Amazon) by fraudsters. Although not as easily monetized alone, these account types are invaluable in helping fraudsters transfer funds from the existing accounts of their victims. The study also found three significant changes in data breaches in 2017. Nearly a third (30 percent) of U.S. consumers were notified of a breach in the past year, up from 12 percent in 2016. For the first time ever, Social Security numbers (35 percent) were compromised more than credit card numbers (30 percent) in breaches. Data breaches are causing consumers to lose trust in institutions. These trends combined to cause consumers to shift the perceived responsibility for preventing fraud from themselves to other entities, such as their financial institution or the companies storing their data.

With this new partnership, Aryaka said users will gain another layer of data security and threat mitigation with Radware DDoS protection. For example, Radware offers its Attack Mitigation service, which protects against DDoS attacks with "always-on detection and mitigation," according to a statement made by Aryaka. In the statement explaining the need for Radware DDoS, Gary Sevounts, Aryaka's chief marketing officer, said, "Today's ever-changing threat landscape necessitates a layered, defense-in-depth approach to security that scales to global enterprise networks and combines advanced threat detection, mitigation and perimeter protection." Aryaka's private network offers customers a foundational layer of security since traffic isn't exposed to the public internet, thereby, avoiding potential outsider threats. Aryaka then offers end-to-end encryption for another layer of protection.

What is Cython? Python at the speed of C

Cython code looks a lot like Python code, by design. If you feed the Cython compiler a Python program, it will accept it as-is, but none of Cython’s native accelerations will come into play. But if you decorate the Python code with type annotations in Cython’s special syntax, Cython will be able to substitute fast C equivalents for slow Python objects. Note that Cython’s approach is incremental. That means a developer can begin with an existing Python application, and speed it up by making spot changes to the code, rather than rewriting the whole application from the ground up. This approach dovetails with the nature of software performance issues generally. In most programs, the vast majority of CPU-intensive code is concentrated in a few hot spots—a version of the Pareto principle, also known as the “80/20” rule. Thus most of the code in a Python application doesn’t need to be performance-optimized, just a few critical pieces. You can incrementally translate those hot spots into Cython, and so get the performance gains you need where it matters most.

The researchers said it is still unclear whether the malware is currently being used in campaigns in the wild, but the co-ordinated use of LogMeIn-themed filenames and command and control (C2) server addresses in Switzerland, coupled with evidence of an earlier Intel-themed variant, suggest that it may well be. The researchers noted that they have been in contact with LogMeIn throughout the investigation to help determine whether its services or products may have been abused as part of the malware deployment process, but no evidence of this was found. “It appears that the use of LogMeIn-themed filenames and C2 domain by the actors behind the malware is a simple lure and ‘camouflage’ technique,” they said, adding that LogMeIn has not been affected or infected in any way. LogMeIn has also issued a statement saying that all legitimate updates for LogMeIn products, including patches, will always be delivered securely in-product.

Programming is the linchpin of the modern data center, the building block for developing all manner of software that makes navigating enterprise IT easier. That being said, one of the data center's biggest threats lies in this foundation of its composition: complex legacy code. If you look at the flaws that lead to most breaches, they aren't so much on algorithmic levels as they are on primary levels, rooted in the legacy code. As the data center moves to the cloud and is forced to update existing protocols, reining in the small but powerful lines of stray programming becomes more critical than ever. In order to compensate for these Achilles' heels, IT teams must ensure that there are proper measures in place to both spot these errors and revise them. If the software is too far down the rabbit hole to be revised at a foundational level, additional layers of security can be enforced through management

A digital representation of a physical object, digital twins allow businesses to create a crystal-ball-like-view into the future. They enable simulation, analysis and control to test and explore scenarios in a practice setting before initiating changes in the real world. While digital twins have historically been associated with more complex technology environments, its impressive ability to both eliminate problems and deliver next-level operational performance is making these models a must-have technology in every IoT team’s toolkit. Some of the first digital twin cases I’ve witnessed involved complex—and usually expensive—capital assets such as diesel engines, turbines, and heavy-duty mining and construction equipment. Their digital representations are equally complex, comprising finite state machines with potentially tens of thousands of discrete states. However, digital twins offer even the simplest constructs a vast number of benefits.

The attacks began more than a week ago when ABN Amro, one of the Netherlands’ bigger banks, fell victim to the first DDoS attack. Customers could not log into their online banking accounts or use the bank’s mobile app. After the first attacks were fended off, a new wave struck, this time also hitting other banks, such as Rabobank, and some other organisations. The Dutch Tax Authority was attacked, as well as DigiD, the country's login system for governmental services. The attacks on both the banks and institutions continued throughout the week, and later affected popular technology website Tweakers.net. As the waves of DDoS attacks crippled the Netherlands’ financial system, many experts started speculating about who was behind them. Fingers were quickly pointed at Russia. Although no concrete evidence emerged, many found the timing of the attacks to be a little coincidental – a matter of days after the news of the AIVD findings broke, so a retaliatory attack seemed a possibility.

The future of work: How to thrive through IT’s latest revolution 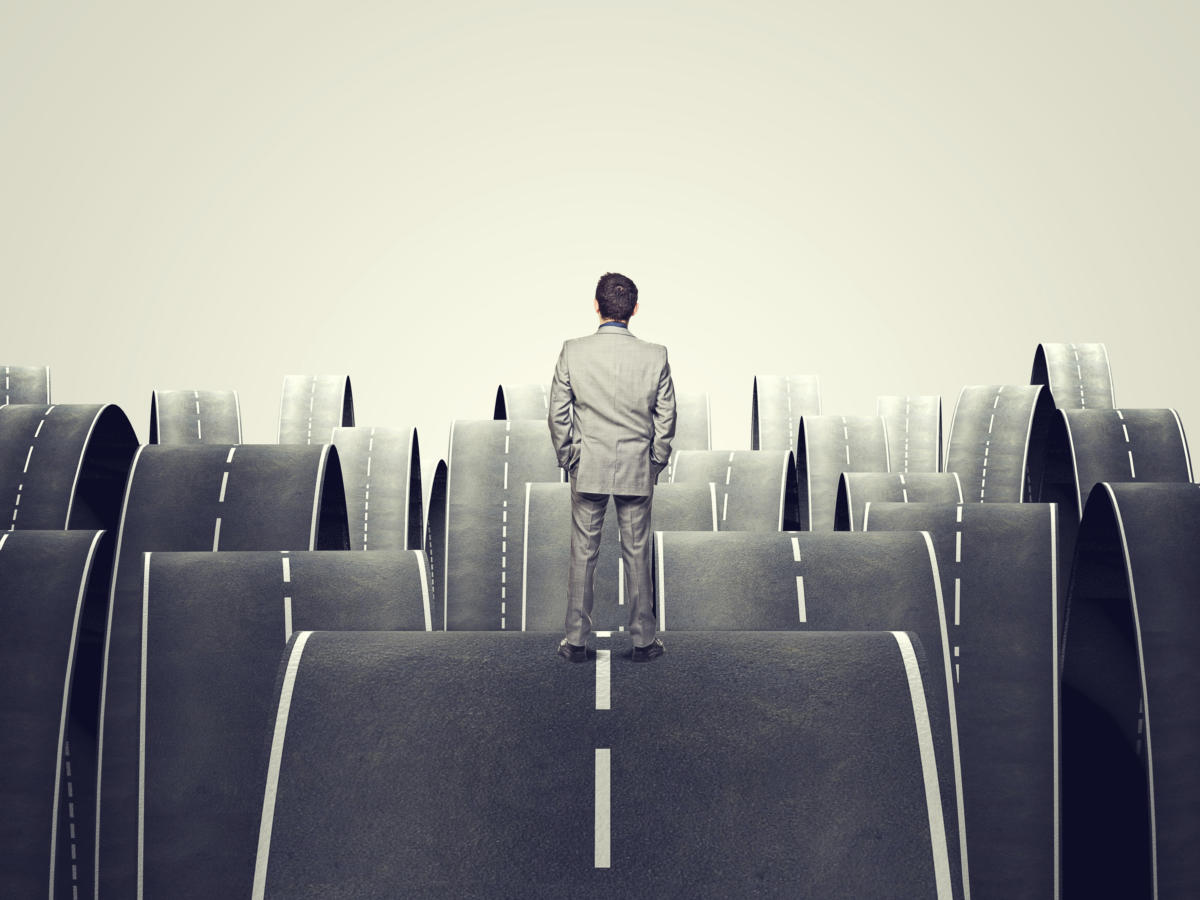 “What does an exponential IT worker look like?” asks Jeff Schwartz, human capital principal at Deloitte Consulting. “What part of her work is problem solving? How much is routine? What communication is required in her job? What supervision is required?” If she oversees several people, consider what that oversight might entail, he says. “Is it scheduling a bunch of people, which could be done by algorithm, or is it people talking and seeing and interacting with each other?” With automation, the scheduling function could be handled by a chatbot. Our hypothetical IT employee might still hold a daily meeting with her team, but now they could spend that time solving work problems or discussing priorities. “I look at it and say there’s an opportunity to boost productivity,” Burns says. “In general, I don’t think people like doing mundane tasks. They genuinely want to focus on adding value and these machines help them add more value than they could on their own.”

"It is a fine thing to have ability, but the ability to discover ability in others is the true test." -- Elbert Hubbard