The Role Of AI In Customer Experience

For a simple, isolated interaction, AI is able to deliver results by simply knowing that an email is an email and a campaign is a campaign. Our web analytics and CRM platforms take advantage of this inherent luxury. But in holistic, cross-channel journey analytics, the idea that touchpoints of a similar category will be the same across enterprises is an antiquated notion. Customer journeys are as unique to individual businesses as fingerprints. Every company has their own set of touchpoints and a distinct method for employing those engagements in their customer experience. For AI to deliver value, it must be given some context. By context, I mean more than simply designating a certain interaction as an “inbound call” and another as “order fulfillment.” AI must know the significance of these events in shaping a customer behavior. That requires an awareness of both the journey that these touchpoints helped to shape and the KPIs which were subsequently impacted by that customer behavior—whether related to revenue, profitability, customer lifetime value, customer satisfaction or other factors driving high-level business performance.

The Cultural Differences Behind Megabanks’ And Smaller FIs’ IT Spend

The real issue here isn't the level of spending--it's the underlying philosophies and organizational cultures driving (and determining) the tech spending levels. In a recent blog post, Chris Skinner wrote about the excuses smaller banks give explaining their resistance to technology ... "If you don’t think you can change a teeny-weeny bank, then what the hell are you doing there? Massive banks are changing and they’ve got 1000x the challenges you have. Most of the barriers to small financial firms seizing the digital opportunities are created by negative thinking. But then I have to say that most small financial firms I’ve met are ultimately constrained by the negative thinking of their CEO. This is because many small financial firms are led by a CEO who was anointed ages ago. They got the job, and they’ve been there for years. They’re not really a CEO to be honest, but just a caretaker for the next guy." I agree with the "massive banks are changing" point, but not the rest of the quote. I know (and work with) a lot of mid-size bank and credit union CEOs who have been in their role for a while

These regulations are impacting companies globally, not just European firms. Forbes reported in December 2017, GDPR will affect US-based businesses as well – even those without clients or operations in the European Union. Indeed, as Oliver Smith reported earlier this month, GDPR has cost US-based companies nearly $7.8 billion in compliance to avoid the multi-million dollar fines and penalties.  ... These numbers are astronomical, and for data-based entrepreneurial startups, prohibitive. As CNN’s Ivana Kottasová reports “The cost of complying with the new law has already forced an online game producer, a small social network, and a mobile marketing firm to close key businesses or shut down entirely.” This regulation will greatly impact data-driven businesses in Europe and across the Globe. The 28-state European Union is the world’s second-largest economy, an economy that companies with a digital presence can’t help but interact with. These are the companies that capture our interest as 30 Under 30 observers. As these startup founders grapple with the implications of the GDPR, many hesitate moving forward until they 1. understand, and 2. can comply with these regulations in a cost-effective way.

Continuous Development Will Change Organizations as Much as Agile Did

Today, leading companies are embracing a new business process methodology. Once again, it has started in the bowels of technology companies and startups. And, once again, business leaders would do well to pay close attention to the strategic implications. The methodology is Continuous Development, which, like agile, began as a software development methodology. Rather than improving software in one large batch, updates are made continuously, piece-by-piece, enabling software code to be delivered to customers as soon as it is completed and tested. Companies that can successfully implement Continuous Development throughout their organization will find dramatic strategic benefits ... Continuous Development is a growing trend in the software industry. And for good reason: it represents a more effective method for software development in order to achieve both external and internal objectives. Various estimates and surveys suggest that as many as 20% of software professionals are using some form of it. Business executives at companies large and small would be wise to embrace this new methodology and even push their organizations to adopt this more flexible, powerful technique to develop technology products.

In the future, Brendan believes that we will see more city-level optimization of logistics and transport networks. Aside from the obvious energy saving benefits of AI in such applications, Brendan says that there could be benefits which are harder to perceive at first glance. For example, HVAC systems in buildings typically have have hundreds of different sensors gathering data. Sensors can record the air flow and air temperature data from vents connected to outside environment. Brendan goes on to say that this is but a step towards more complete autonomy through AI. He adds that toay AI can identify anomalies; two years from now, AI will likely be able to identify whether an anomaly is a critical problem or not (again from historical evidence). Analogous to how autonomous vehicles are now removing humans from the loop, he sees AI platforms aimed at leveraging IoT data develop similar capabilities in the future. Looking five years ahead into the future, Brendan has the following predictions about how AI applications for automated systems might evolve

Banking Playing Catch Up in Technology, Conceding Battle for Payments

As the banking industry continues to move more transactions to digital channels and adjusts the technology used in back-office operations, costs are being reduced, productivity is increasing and response to risk and compliance needs are improving. As a result, and for the first time in its five-year history, the annual Economist Intelligence Unit survey on the future of retail banking, conducted for Temenos, shows that global bank executives are now more concerned with technology-driven trends than they are by regulation. About 58% of respondents in the survey said “changing customer behavior and demands” will have the biggest impact on retail banks in the years till 2020, citing a survey of 400 senior banking executives across the globe. In addition, “technology and digital” (48%) are now bigger trends than “regulatory fines and recompense orders” (43%). This trend is not true in North America, where regulatory fines and penalties are still the primary concern for large banks (56%), compared to just 34% who said the same about new technologies such as artificial intelligence and blockchain (14% lower than global results).

How to avoid the coming cloud complexity crisis

Create a complexity management plan. This means taking a few steps back and understanding your own issues before you start throwing processes, technology, and a lot of cash at the problems. In this plan, you need to define your approach to dealing with traditional and cloud-driven complexity, how systems will be tracked, how you’ll minimize complexity going forward, and the use of technology to assist you. Select tools needed to managed complexity. This is a Pandora’s box, because everyone has an idea of what tools will be helpful. In my work, I end up in a lot of emotional discussions around something that should be very logical. You need to pick tools that provide the following capabilities: configuration management, devops automation, hybrid monitoring and management tools, and cloud-specific tools such as cloud services brokers (CSBs) or cloud management platforms (CMPs). Set up processes. This means taking the time to figure out core processing of tracking cloud and traditional resources, of services bound to those resources, and data that exists around those resources. How do you add and/or remove resources? Who does it? And what tools do you use?

How Capital One sees digital identity as a business opportunity

“It fits with Capital One’s strategy, not just from a digital identity services perspective but with the broader platform business model that Capital One has used to expand its set of services beyond just a narrow set of financial services,” Shevlin said. “Capital One is positioning itself to become the Amazon of banking more than any other big bank is.” Nash was the director of identity services at Google as well as the senior director of consumer identity at PayPal. He announced in a blog post that Confyrm, which he founded in 2013, would be sold to Capital One. “We were eager to scale our efforts to help restore trust in digital identities, and we were fortunate to find a partner in Capital One, who shared our vision and commitment to improving consumer identity protection,” Nash wrote in the post. In response to inquiries from American Banker, Capital One provided a link to Nash's blog post. The price of the Confyrm deal was not disclosed. Capital One is not the only bank working with APIs to help protect customers online. 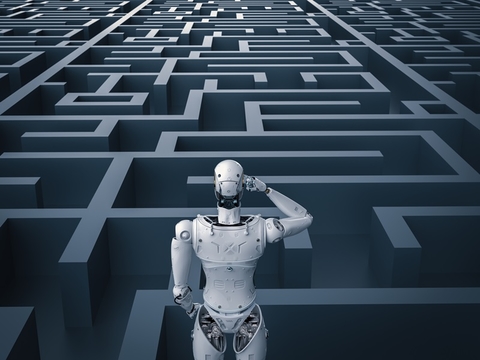 In Hong Kong, the finance and insurance industries are probably most likely to be affected by the black box AI problem according to Chun. These industries are increasingly using machine learning in fraud detection, investment advice, portfolio management, algorithmic trading, and loan or insurance underwriting. Bias might be resulted from machine learning or AI systems. Machine learning learns from data, so it’s going to replicate any biases in the data set. “If the data models themselves contain biases then the results from AI machine learning will potentially also be biased,” he said. “The black box AI phenomenon is particularly problematic for consumer facing applications,” Chun added. “For example, if a loan or insurance policy got rejected because of AI recommendations, the consumer would want to know why.” In these situations, humans have to involve in reviewing the AI algorithm or offering explanations to the consumer. Echoing the same sentiment, Samson Tai, IBM Hong Kong’s distinguished engineer and CTO said, “Biases are arised mainly due to problems in data processes rather than training algorithms. It’s important to be aware of the issues of biases in data sets.”

A May 30 cybersecurity alert issued by the Department of Health and Human Services' Office for Civil Rights urges HIPAA covered entities and BAs to pay closer attention to providing good physical security for "workstations," which include a wide variety of devices. In its monthly newsletter alert for May, OCR notes that while the HIPAA Security Rule specifically references "workstations," the term is defined in the HIPAA rule as "a computing device, for example a laptop or desktop computer, or any other device that performs similar functions - and electronic media - stored in its immediate environment. Portable electronic devices ... included in this definition ... could include tablets, smart phones and similar portable electronic devices." Physical security is an important component of the HIPAA Security Rule that is often overlooked, OCR writes. "What constitutes appropriate physical security controls will depend on each organization and its risk analysis and risk management process."

"You're making the biggest mistake of all when you think your title means you can't be mistaken." -- @LeadToday

Posted by Kannan Subbiah at 8:13 PM